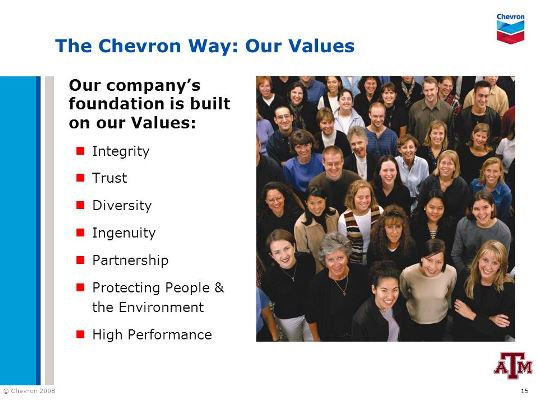 In the two election cycles prior to 2016, the global energy giant Chevron spent more than $4 million on city council or mayoral races in Richmond, CA. Big Oil’s independent expenditures were so large two years ago that they drew widespread condemnation as a particularly egregious example of the unrestricted corporate spending unleashed by the Supreme Court’s Citizen’s United decision.

In our Chevron refinery town of 110,000, rent control was on the ballot this year. That’s not an issue that Chevron cares anything about. So, as company spokesman Leah Casey explained to the Richmond Confidential last month, her employer “decided not to participate in the 2016 local Richmond election,” preferring to remain “focused on keeping the refinery running safely and partnering with the city and the community on our modernization project.” (As a nearby neighbor, I found Chevron’s new “focus” particularly reassuring.)

This fall, the California Apartment Association replaced the oil company as our biggest local spender. According to Kathleen Pender in the SF Chronicle, the CAA and its allies raised $2.5 million to defeat rent control in multiple Bay Area communities on Nov. 8. In Richmond, the CAA pumped nearly $200,000 into its losing effort here (three times more than rent control advocates raised).  By a 65 to 35 percent margin, Richmond voters approved a new system of rent regulation, a rent rollback to July, 2015 levels, and the legal requirement that landlords have “just cause” for evicting tenants.

Once again, Richmond progressives were celebrating a singular local triumph over “big money in politics” on election night. The strongest pro-rent control candidates in the 2016 council race, both RPA members, finished first and second in a field of nine. (See http://beyondchron.org/rent-control-ballot/ and http://beyondchron.org/greens-go-local/) In similar fashion two years ago, three members of the Richmond Progressive Alliance running for re-election to the city council won an upset victory–despite Chevron’s record-breaking spending against them.

Unfortunately, in other communities and statewide, Chevron has taken no vacation from its longstanding, deep-pocketed work of rewarding its friends and punishing its enemies, often with greater success than in Richmond. A coalition of environmental, consumer protection, labor, and political groups released a damning report last week entitled The Chevron Way: Polluting California and Degrading Democracy. (available on line at: http://www.chevrontax.info/the-chevron-way).

According to its main author, a Sydney Australia researcher for the International Transport Workers Federation (ITF), Chevron has pumped more than $61 million into California-related legislative lobbying, political candidates, and referenda campaigns during the last eight years. That puts it at the top of the list of company and industry group contributors of more than $75 million to candidates and political action committees since 2009. The spending documented in the report doesn’t even include the millions more that Chevron invests in U.S. Senate and Congressional races in the Golden State.

As usefully summarized in The Chevron Way, Big Oil’s campaign finance reports reveal its current political agenda in California. Chevron tries to thwart state measures to slow climate change, defend its ability to frack, reduce taxation in any form, and weaken emission controls and refinery safety rules (Cal-OSHA regulations, applicable to Chevron, have been undergoing a major re-write since the Richmond pipe rupture and refinery fire four years ago that resulted in $2 million in fines and penalties.)

Of course, as recent Richmond history demonstrates, Chevron doesn’t win every time it tries to buy elections with its huge, under-taxed revenue stream. In Monterey County this year, the company spent $1.5 million to defeat a proposal to ban fracking and expansion of oil drilling in the area. Despite being out-spent by a ratio of 33 to 1, local fracking foes won this referendum.

The ITF report suggests that Chevron’s political expenditures and world-class litigation capacity has been more successful in minimizing its tax bills everywhere. Due to the global drop in oil prices, 2015 was supposed to be a bad year for the company. Yet, Chevron still made a profit of $4.5 billion while managing to pay “no net income taxes in the United States and, instead, banked nearly $1.7 billion in tax credits, including $296 million in credits on state and local taxes.”

The company has a reported $45 billion stashed in various off-shore accounts, beyond the reach of the IRS, and has been able to reduce its global effective tax rate to less than 3%. “In other words, the company paid income taxes at less than one-third the rate of average Americans and less than one-tenth the U.S. corporate income tax rate.” In short, hardly a candidate for further tax relief but likely to do even better, as a business, under Trump than under Obama.

The Return of Nigel Hearne

How did a labor organization in Australia, which represents maritime and long-shore workers, end up partnering on a whistle-blowing report with Chevron’s usual local critics– the RPA, Alliance of Californians for Community Empowerment, Communities for a Better Environment, Greenpeace, Consumer Watchdog, et al.

Well, you might call it the “Nigel Hearne connection.” Nigel Hearne is a personable Brit who used to be general manager of the Richmond Chevron refinery. In that capacity, as the Contra Costa Times reported, he talked “about building better community relationships and infusing the refinery with a culture of community service.”  During his Richmond tour of duty, he did expand Chevron’s local philanthropic activity but, according to the U.S. Chemical Safety Board, he should have spent more time and money on pipe maintenance instead.

I last saw Nigel at a community meeting in the Richmond municipal auditorium, after the refinery’s disastrous 2012 fire, where he attempted to issue an official mea culpa that was much interrupted by heckling and booing. To avoid the further wrath of irate residents, he was escorted out the back way. By the first anniversary of the fire, he was half way back to England, supervising Chevron’s fracking operations in Appalachia, where the company has been involved in royalty disputes over drilling on private land.

Hearne’s transfer there was not viewed, at the time, as a promotion. But Chevron apparently believes in second (or third?) chances for its top managers. So Nigel, according to ITF senior global strategist Jason Ward, is “now the head of Chevron Australia and in charge of their largest Liquid Natural Gas project in the world.” This controversial $54 billion Gorgon LNG project involves the construction and maintenance of offshore platforms for natural gas production. According to Ward, it’s “the largest resource project in Australia’s history and Chevron’s largest global investment.”

For several years, the ITF-affiliated Maritime Union of Australia (MUA), has been skirmishing with Chevron over its attempt to outsource Gorgon work to contract laborers rather than employ MUA members known to make workplace safety demands. As I report in my forthcoming book, Refinery Town: Big Oil, Big Money, and the Remaking of An American City, United Steel Workers Local 5, which represents Richmond refinery workers, has, several times, sent a representative to Australia to share information about the USW’s own resistance to contracting out and related unsafe practices.

Not surprisingly, Nigel Hearne’s new natural gas empire down under doesn’t want to pay its fair share of taxes. According to Ward, “Chevron is now widely acknowledged as Australia’s largest tax dodger.” As a result of mounting disputes over this familiar conduct, the Australian parliament may hold hearings soon on closing the loopholes in its oil and gas tax laws that Chevron has, of course, tried to exploit. (For details, see: http://www.chevrontax.info/)

The cross-border coalition which produced The Chevron Way says it is sending hundreds of copies of the report to state and local officials in California. Maybe that will inspire legislators in Sacramento—if not already bought and paid for by Big Oil–to follow the Australian example of conducting public hearings on the fact that “Chevron’s California refineries and oil production generate more than a billion dollars in revenue each year but appear to contribute very little in state tax revenues.”

And while they’re inquiring about that tax mystery, maybe the same Democratic leaders, who just bravely declared their opposition to the coming ravages of the Trump Era, should do more to help repeal Proposition 13?  It has reduced corporations’ share of total property taxes to 28 percent, leaving California homeowners responsible for the other 72 percent. As tax reform advocate Michael Bornstein points out, “because some large commercial property owners are paying deeply discounted taxes based on 1975 assessments, everyone else has to pay more–$9 billion more.” Chevron alone saves about $225 million statewide and $30 million locally, thanks to Prop 13 tax breaks.

If Big Oil paid its fair share, cities like Richmond would not be forced to reduce services, cut staff, or seek health care concessions from its employees. Instead, our refinery town could balance its budget without such measures–and spend more on infrastructure repair, its reserve fund, future pension liabilities, and retiree health care costs. But that’s only going to happen when Chevron is forced to change its way—of doing business, paying taxes, and participating in politics.

(Steve Early is a member of the Richmond Progress Alliance. He is the author of a forthcoming book about Chevron and Richmond called Refinery Town: Big Oil, Big Money, and the Remaking of an American City (Beacon Press, January, 2017) He can be reached at Lsupport@aol.com)