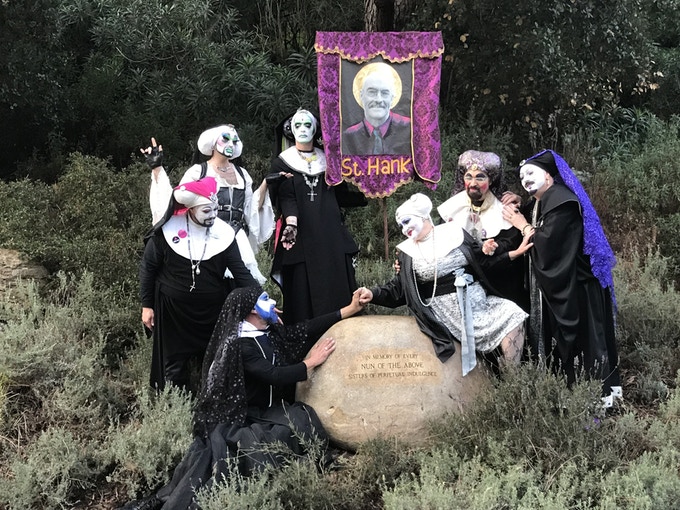 Thanks to Hank: Kickoff for the Kickstarter

Tonight at the Tenderloin Museum, the Harvey Milk LGBT Democratic Club and Cleve Jones present Thanks to Hank: Kickoff for the Kickstarter, an evening celebrating the life of storied Tenderloin hero, Hank Wilson. I spent a lot of time with Hank in the early 1980’s and strongly encourage people to attend this special event. It marks the kickoff of a Kickstarter campaign to fund a documentary film on Wilson’s life and legacy.

I met Hank Wilson in 1982. I was representing tenants with habitability complaints at the Tenderloin’s Ambassador Hotel, which Hank leased and managed. Hank was among many SRO lessees dealing with very one-sided leases with the owner;  as he always used to say, he was running a non-profit SRO without any public or foundation subsidies.

In his November 2008 obituary for Hank, former Beyond Chron Managing Editor Paul Hogarth noted Wilson’s “profound impact in the Tenderloin.” Hank was an extraordinarily giving person who chose to make a difference in what could often be a very discouraging Tenderloin neighborhood.

Hank Wilson’s work in San Francisco’s Tenderloin spanned 30 years, and included co-founding and spearheading organizations such as the Tenderloin AIDS Resource Center, the International AIDS Candlelight Memorial, and the Harvey Milk LGBT Democratic Club. When the AIDS outbreak occurred Wilson used the Ambassador to bring harm reduction housing to low-income residents living with HIV and AIDS. “Thanks to Hank” is a feature film observing the selfless spirit and assiduous work of this beloved Tenderloin character.

Here’s the link to Purchase Tickets.