CCSF addressed ALL the Accreditor “Recommendations” 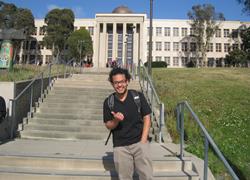 According to the “Show Cause Evaluation Report”, produced by the official Evaluation Team, City College of San Francisco (CCSF) partially or fully addressed ALL of the fourteen recommendations imposed by the Accrediting Commission for Community and Junior Colleges (ACCJC) on the institution in summer 2012.

This is in sharp contrast with the image which has been widely disseminated over the past ten days. For example, a Huffington Post article last Friday July 12 claims “The accrediting commission recommended 14 changes in 2012, but said the school has only responded to two.”

At the bottom of this article is a chart showing findings, evidence and conclusions from the Evaluation Team regarding each of the fourteen “recommendations”. Readers are encouraged to look at the entire report where the Recommendations begin on page 66.

The following is apparent:

• The Decision of the Accrediting Commission does not match the Findings and Evidence of the Show Cause Evaluation Team.

• In two cases, the Accrediting Commission changed the conclusion of the Evaluation Team.

• The overall tenor of the Evaluation Team report is qualitatively different than the tenor of the Accreditation Commission decision letter. The Evaluation Report was positive about the high effort and success in rapidly responding to the “recommendations” imposed on the college just nine months previously. In contrast, the overall tenor of the decision letter written by the Accrediting Commission President Beno was negative and suggested that little had been done or accomplished.

Since last Monday July 8, Special Trustee Bob Agrella has become “Special Trustee with Extraordinary Powers”, supplanting the elected Board of Trustees and thereby making it impossible to fully address Recommendation 14.

At the same time, California Community College Chancellor Brice Harris has been calling on the CCSF community to stand “shoulder to shoulder” with the appointed administrators in addressing the remaining shortcomings seen by the ACCJC. Is he suggesting that has not been happening? If so that does not seem accurate. ,as evidenced by comments in the Show Cause Evaluation Report praising the work and accomplishments of CCSF faculty and staff.

The Show Cause Evaluation Report documents the tremendous work and progress done at the college. This has been achieved while dealing with false media reports and sensational but erroneous FCMAT allegations. This has been accomplished while maintaining high teaching standards and simultaneously struggling to retain enrollment and campaigning to win public support for Measure A. By any measure, the accomplishments of the CCSF community have been remarkable.

The Show Cause Evaluation Team report stands in sharp contrast with the ACCJC decision to disaccredit CCSF. It raises serious questions about the Accrediting Commission, its secrecy, its evident bias and whether it is abiding by the Dept of Education regulations which stipulate that an accrediting agency’s standards, policies and actions must be “widely accepted” among educators and employers.