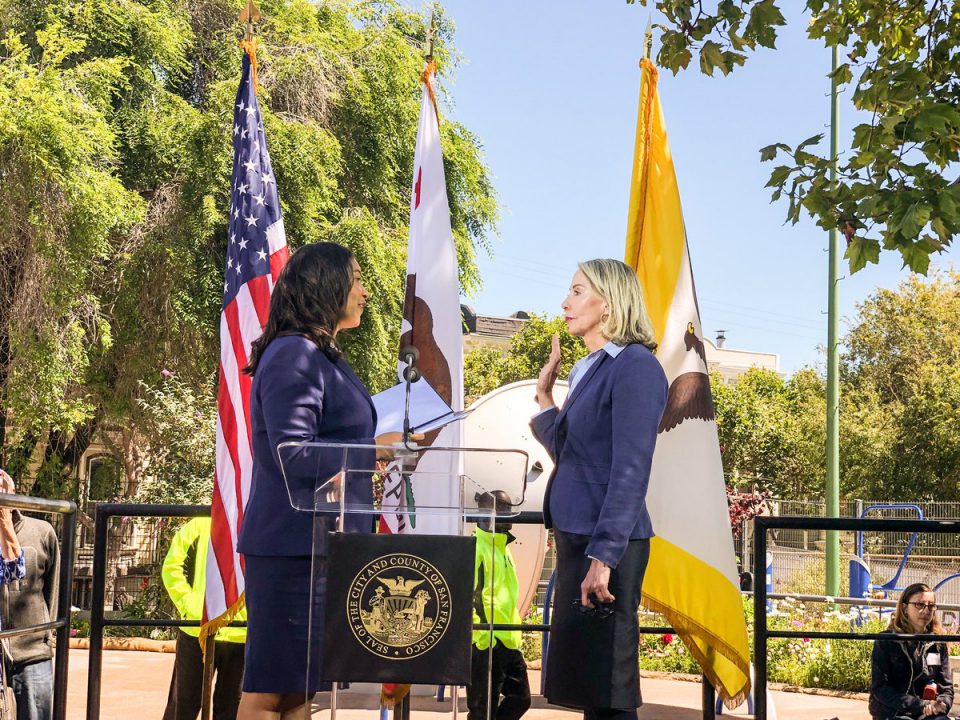 Mayor London Breed has appointed longtime D5 activist Vallie Brown to replace her on the Board of Supervisors. Now the question on many minds  is whether Brown can win a full term against Dean Preston in November 2019.

It won’t be easy. Nobody knows this better than Mayor Breed. After all, she won election to the Board by defeating Mayor Lee’s D5 appointee, Christine Olague.

Lee was one for four in electing appointees, with Katy Tang his only winner. But Vallie Brown differs from Lee’s appointees in two key ways.

Brown was an aide to D5 Supervisor Ross Mirkarimi and served as Breed’s aide until 2016. She has since worked at the Office of Economic and Workforce Development.

As Jeff Sheehy showed, an appointed supervisor can do a lot of good even if they are not ultimately elected. And Brown will hit the ground running on the issues of concern to D5 residents.

But with Dean Preston already having declared his candidacy, many will wonder if Brown can break the pattern set by Mayor Lee appointees and keep her seat.

Just as Sheehy knew when appointed that he would have to defeat Rafael Mandelman in 2018, Brown knows what she is up against. Dean Preston ran a strong race against Breed in 2016 and followed that up with sponsoring the successful Right to Counsel (Prop F) on this June’s ballot.

It’s way too soon to know the political environment in November 2019 but D5 turnout will be lower than in the November 2016 Breed-Preston race. And if Breed does not face a major challenger the 2019 turnout could be very low.

Who benefits from a low turnout? Preston’s voters may be seen as more committed, but his 2016 race benefited from infrequent tenant voters going to the polls in a presidential election. So it is not clear how turnout will break down.

Preston will benefit tremendously from the ongoing housing crisis, which is unlikely to be solved by November 2019. As founder and director of the statewide tenants’ organization Tenants Together, he will likely get the votes of those primarily concerned with electing a strong tenant advocate in D5.

Whether Brown can draw tenant support will depend on how she votes in the next year. Mirkarimi would not have had her on staff  were she not pro-tenant, and I am told she will be a tenants’ ally on the Board.

The race could come down to where D5 residents stand on building new housing. Brown, like Breed, is very pro-housing. Preston has been critical of market rate projects and has frequently been at odds with YIMBYs on social media.

Conventional wisdom says Preston’s views on building housing are closer to D5 voters. But this will only become clear when votes are counted in this race.

Brown is also a woman running against a straight white man. This increases her chances.

In the big picture, Vallie Brown was clearly Breed’s best choice. I heard people promoting her last week and did not hear a negative word about her.

The Board soon goes into its August recess, giving Brown a month to hire her staff and get up to speed on issues. And to begin organizing her election campaign.