Can the SB50 Coalition Win Locally? 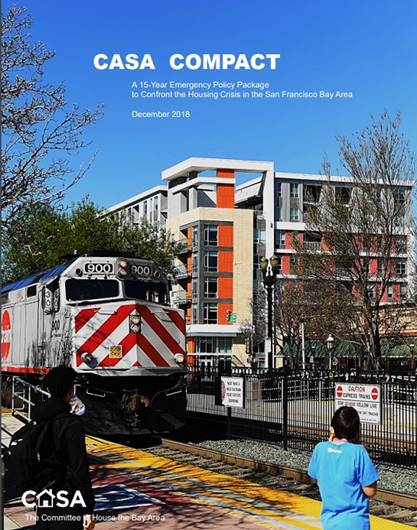 Next Steps for Housing Advocates

In the wake of SB50’s shelving, housing advocates who put so much time into the CASA Compact process and SB50 cannot walk away. That would mean  accepting the untenable housing status quo. So what are potential next steps?

California’s SB50, like 2018’s SB827,  recognized that cities have not produced enough housing and that state intervention is required. But now that the state’s legislative leadership has twice rebuffed this approach, we need to assess whether the coalition that boosted SB50 can win in cities.

Since I just wrote a book on how progressive cities can expand housing options for the working and middle-class (Generation Priced Out: Who Gets to Live in the New Urban America) it’s not surprising that I think local success can be had.

Not in Palo Alto. Or Beverly Hills. Or in  Orinda and other upscale cities that take pride in exclusionary single-family zoning. But potentially in San Francisco, Berkeley, Oakland, San Jose and other cities across the state.

The goal should be placing land use measures on the November 2020 ballot.

Who Will Fund the Campaigns?

I see funding as the primary hurdle. It won’t take a lot of money to qualify an initiative and run a fall campaign. But raising funds during national, state and local election cycles is difficult. Groups have a lot of other electoral priorities and most individual donors prefer giving to candidates. Getting funding for a rezoning initiative would require groups connected to the CASA Compact process stepping up to the plate.

Are there people or groups with resources who see rezoning single family home neighborhoods for fourplexes and/or upzoning transit corridors as so important that they will invest funds to make it happen? I encourage readers to start thinking of those who fit this requirement.

I argue in The Activist’s Handbook against launching initiative campaigns without knowing the funding will be there.  It would be a huge mistake to start gathering signatures on a local upzoning measure without having the funds committed for qualifying it and running a winning campaign.

What Will the Initiatives Address?

I believe San Francisco and Berkeley voters would back an initiative opening up all neighborhoods to fourplexes, triplexes and “missing middle” housing. But is it worth the time and money to promote a measure limited to this?

Berkeley’s City Council could very well pass such a “missing middle” measure this year.  And with SB50 not an issue San Francisco’s Board of Supervisors could do so as well (as I describe in Generation Priced Out, cities across the nation are opening up single-family zoned neighborhoods to such housing).

Increasing housing density on or near transit corridors through a local ballot initiative  difficult.

The challenge is the complex ballot language required. My core rule for successful ballot measures in The Activist’s Handbook is “Keep it Simple;” unfortunately, that’s not possible when “transit corridors” and other terms are not clear to many voters and it is easy for opponents to lie about the actual impacts (as they did with SB50 by falsely claiming it promoted highrises).

I could see a winning ballot measure focusing only on  high volume traffic corridors like San Francisco’s Geary Street or Berkeley’s University and San Pable Avenues.  But this likely requires a broad CASA-like Bay Area coalition to  join local activists in these city campaigns, as neighborhood opposition could be fierce.

The debate over SB50 has made the exclusion of new apartments in most of San Francisco and other cities a front-burner issue.  Do San Francisco’s “progressive” supervisors want to openly oppose new apartments in their districts, including all affordable apartments? I don’t think so. And a properly framed ballot measure (or legislation) addressing exclusionary zoning can prevail.

Could a ballot measure increasing housing density win in Los Angeles? It would be tough. But given Mayor Garcetti’s expression of disappointment after SB50’s shelving he might be open to taking the lead on some reforms.

It’s clear from the lack of alternatives that California’s Democratic political leadership failed big time in not getting a version of SB50 enacted. Even if local ballot measures replicating some of SB50’s provisions passed in November 2020, too few cities would be impacted to boost housing supply to meet California’s needs.

My best prediction is that Governor Newsom either sponsors housing production legislation in 2021 or puts a measure on the November 2022 ballot that coincides with his re-election campaign. It won’t make up for California’s failure to enact SB50 in 2019, but the state will still need new housing more than ever.