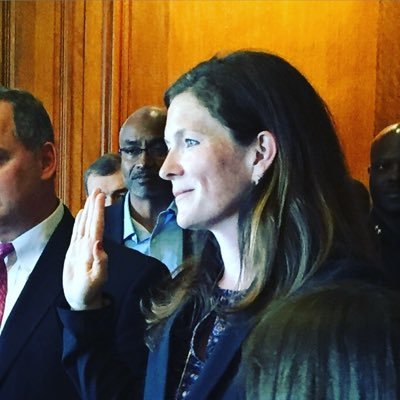 From the very start, Gascon sought to demonstrate that he was smarter than everyone around him at the SFPD when it came to strategic policing. And maybe he was. But the SFPD establishment interpreted Gascon’s self-confidence as arrogance, and the rank and file officers never took to the new chief.

Rank and file opposition to Gascon got so strong that by January 2011 Newsom had to move him to District Attorney. And for reasons that remain unclear, Gascon got a free pass when facing voters in both 2011 and 2015.

When you look at San Francisco’s past District Attorneys since the 1980’s, all but one were political figures. Arlo Smith, DA from 1980-1995, may be  an exception, but both his children were engaged in San Francisco politics. Smith’s successors, Terrence Hallinan and then Kamala Harris, were clearly engaged in city politics (Hallinan was supervisor before becoming DA and Harris had a close relationship with Willie Brown).

During his seven years as District Attorney Gascon has remained above the political frey. And some voters may see that attitude of political independence as a reason to re-elect him.

But others see Gascon as an arrogant leader who has little interest in letting the public’s views shape his priorities. For all of his progressive views on criminal justice, he has failed to become “the people’s” DA.

Over 300 Tenderloin residents and workers turned out to a Police Commission hearing in January 205, with the vast majority urging the Commission to reject Suhr’s plan. One Commissioner stood out for her support for the Tenderloin’s position: Suzy Loftus.

Loftus did her best to ensure that the final Tenderloin district was slightly better than Suhr’s original plan. Any improvement under the circumstances was a victory, as Suhr drew a line in the sand demanding that key features of the redistricting —particularly the shift of Westfield Center from Southern to Tenderloin Station—remain unchanged.

I wrote on April 16, 2015, “Loftus’ leadership proved decisive. Her commitment to the process of public input, in this instance, from low-income residents of the Tenderloin turned what many assumed would be a neighborhood defeat into a victory.”

Loftus left the Police Commission in January 2017 to take a job with the Sherrif’s Department as assistant chief legal counsel. She was previously a Special Assistant Attorney General to Kamala Harris when the now U.S. Senator was Attorney General.

As a former prosecutor, Loftus has a credential that Gascon lacks. She was Chief of Policy in the San Francisco’s DA office, which enabled her to make connections with the community that will help her in her campaign.

Loftus is politically involved in the city, coming out early as a strong supporter of London Breed for mayor. Should Breed win the mayor’s race, Loftus can count on Breed’s support against Gascon. And if Breed loses, her core support base will almost certainly be in Loftus’s camp.

Rising auto break-ins, ongoing problems in Mid-Market and the Tenderloin, and a sense that Gascon is too detached from the problems of everyday San Franciscans gives any well-funded candidate a real shot.

As of now, Suzy Loftus appears best positioned to unseat Gascon in 2019.