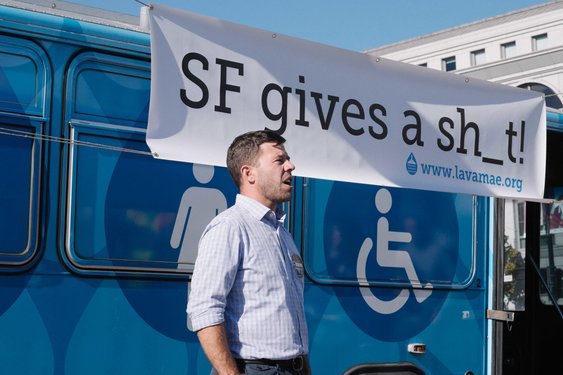 Sam Dodge is among Mayor Lee's dedicated appointees on homelessness

Thanks to the SF Homeless Project, local media has been intensively covering San Francisco’s homeless crisis. Congrats to all involved. Now it’s time to assess whether this coverage will have an impact.

If past history is a guide, the answer depends on whether activists strategically use the coverage to achieve specific goals. For example, I describe in The Activist’s Handbook  how two similar protests of bad housing conditions by homeless families living in San Francisco SROs in the 1980’s produced very different results. The difference was that one group of activists understood that “media overage alone is not enough” and that positive reporting had to be linked to a specific result.

I also noted in my article this week on my 34 years battling homelessness that we generated lots of media about deplorable housing conditions in Mayor Feinstein’s “hotline hotel” program but never won policy changes. Although we had a specific solution—ending the program—the media felt it fulfilled its job by bringing bad conditions to light.  The 1980’s saw a wave of short-term media hits on bad SRO conditions funded by the city, but once these problems were corrected the media moved on.

Having “gone big” on homelessness this week, will the Bay Area media now also move on to other issues? Or can activists vest the media in promoting positive solutions to homelessness, including identifying the politicians standing in the way of funding affordable housing and mental health services?

The week’s coverage provided reason for both optimism and concern.

Given my frustration at progressive support for shelter expansion over housing, it was great to see Kevin Fagan’s SF Chronicle story, “Solution to SF’s homeless problem starts with supportive housing.” Most of the coverage I saw recognized that Housing First is essential to reduce homelessness.

The media also dispelled the commonly repeated myth about San Francisco’s mythical $241 million annual homeless budget. Wilson Walker’s KPIX story showed how $140 million of this amount actually goes for supportive housing for 9000 tenants. Another $50 million is for health services necessary regardless of one’s status as homeless. That leaves $50 million to deal with the nearly 7000 people in shelters or on the streets, less than 25% of what many think the city spends on “the homeless.”

Will this correct information make people more likely to support increased funding for affordable housing and homelessness? One hopes so.

It’s great to see SF Chronicle Editor Audrey Cooper demonstrate such enthusiasm about highlighting the crisis. But her and the paper’s contention that we can “solve” and “end” homelessness ignores political reality.

Solving San Francisco’s homeless crisis requires a major influx of federal funds. Federal funds kept low-income people out of homelessness for decades, and it only when the number of poor people receiving federal assistance sharply declined that homelessness emerged in 1982.

The current Paul Ryan and Mitch McConnell led Congress has not exhibited a whiff of concern about homelessness. They will not increase housing funding due to Bay Area media stories. That’s a fact. San Francisco is no closer today to seeing billions of dollars in new federal affordable housing dollars than it has been over the past 34 years.

As past San Francisco mayors have learned, over promising on homelessness causes a backlash. Best for the media to talk about how San Francisco can house thousands more and get the streets relatively free of encampments than to make the currently politically unrealistic goal of  “ending” homelessness the standard for success.

This week’s concentrated unquestionably increased attention on the homeless crisis. But a lot of great stories went unread. I asked a lot of politically engaged people how many stories they read this week and nobody had read more than two.

It’s a lot to ask people on a workday to read multiple long, chart and graph-filled pieces on homelessness. It might have been more helpful for these longer stories to be paced one or two a week to enhance the prospects they would be read and discussed. Setting the homeless coverage for a major vacation week also reduced the audience.

If the Bay Area media maintain increased coverage of homelessness  it could increase voter support for Bay Area housing bonds and ballot measures ( Alameda County voted on June 28 to place a $580 million affordable housing bond on the November ballot). But if the homeless issue recedes in the summer and then is erased by fall election coverage, it will be as if June 29’s media blitz never happened.

Jeff Kositsky, Director of the new San Francisco Department of Homelessness, got significantly more attention this week than Mayor Lee. That’s understandable given Kositsky’s position and expertise on homelessness.

But it remains curious to see claims that Mayor Lee is not concerned about homelessness juxtaposed to praise of Kositsky’s new role. Lee hired Kositsky. He did so after previously choosing the highly regarded Sam Dodge and Bevan Dufty to be his point persons on homelessness. Those appointments also drew wide praise.

If Ed Lee were not committed to reducing homelessness he would not have chosen these dedicated advocates. Nor would these individuals work for a mayor who did not share their values about getting people off the streets and housed.

Mayor Lee is the mayor who finally created the long imagined Department of Homelessness. He has also committed tens of millions of dollars to new supportive housing on top of his $310 million affordable housing bond and $1.3 billion Affordable Housing Trust Fund

That’s quite a record. It’s unmatched by any prior San Francisco mayor. Yet many progressives continue to ignore the truth about Lee’s outstanding record on housing and homelessness.

The media could have done more this week to set the record straight.

We will get a good test of whether the media’s future coverage of homelessness through Supervisor Farrell’s anti-camping ballot measure. In the past, the media has allowed divisive camping and anti-panhandling initiatives to dominate homeless coverage, diverting attention from the need to fund housing and fostering a backlash against homeless services (these campaigns also reframe homelessness as to be about the right to camp, not the need for housing).

Will this happen again this fall? The smart money says the media will be unable to resist claiming the camping measure will send an important message about contemporary San Francisco (when it actually reflects no change in attitudes as these measures nearly always won in the early 1990’s). Let’s hope that after this week of substantive media coverage the smart money is wrong.

Randy Shaw is Editor of Beyond Chron. He discusses the impact of homelessness on the Tenderloin in The Tenderloin: Sex, Crime and Resistance in the Heart of San Francisco