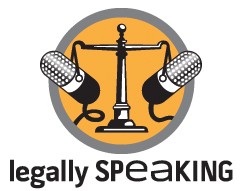 The title of the speakers’ series caught my attention: “Legally Speaking: Conversations with the Most Interesting Lawyers in the World.” I saw it referenced in California Lawyer Magazine, a monthly publication sent for free to lawyers in the state. I subsequently learned that the lectures were a joint project of the magazine and San Francisco’s Hastings College of the Law, my law school alma mater. What else did I discover? That only one of the ten “interesting lawyers” is a woman. Is this really how these institutions see women attorneys in 2011?

This month marks the 30th anniversary of my graduation from law school. Even in 1981, when I graduated Hastings, women had already made their mark in the profession. More than 100 years before I started law school, Clara Foltz had lobbied for legislation to allow women to become lawyers in California, and had sued for her right to attend law school – Hastings Law School. The school’s women lawyers association was named in her honor.

In 1980, the year before I graduated, I was chair of the program committee of the National Women in the Law Conference, then in its eleventh year. Hundreds of women lawyers converged in San Francisco that Spring from around the country for four days packed with workshops, lectures and speeches.

All of the panelists at all of the more than 125 workshops – on topics ranging from ‘women in the criminal justice system,’ ‘lawyer as mother’ to ‘representing lesbian clients,’ were women. Many of those women are still active in the profession thirty years later, with leadership roles as professors, judges, lawyers and writers. Their history as second wave female lawyer pioneers alone makes them some of the most interesting people in the profession.

This history helps explain my disappointment with the California Lawyer / Hastings speaker series. The websites of both organizations list the nine men and one woman in the “Legally Speaking” series. Hastings identifies these lawyers as the “most interesting lawyers in the world.” An ad for the lectures in California Lawyer magazine emphasizes that they are the most interesting “in the entire world.”

47% of students graduating law school in 2010 were women. Even fifteen years ago, more than 40% of law school graduates were women. All told, approximately 31% of all lawyers in the United States in 2011 are women. If this speaker series is going to continue, my alma mater and the California Lawyer magazine should find some interesting women. It won’t be hard to do.

Lainey Feingold is a disability rights lawyer in Berkeley California who knows lots of interesting women lawyers. She can be reached through her website (http://lflegal.com) or through Twitter (@LFLegal).