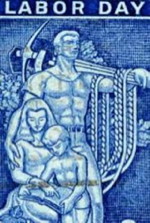 As we head into Labor Day 2012, California is better off in several ways than it was the previous four Labor Days.

Yet, on the ground among job seekers, the competition remains fierce. Jobs that might have brought four or five strong candidates before the Great Recession are bringing thirty or forty today. Despite talk of “skills shortages”, only in a few occupations in California, such as high-end software programmers, are employers unable to find a surplus of skilled workers.

The most direct explanation for this job competition is that while California has gained 507,200 jobs since September 2009, we are still roughly 854,000 jobs short since the job losses started in California in 2007. Between July 2007 and September 2009, the number of payroll jobs in California declined by over 1.3 million.

Job replacement in California, as throughout the United States, has lagged well behind the pace of job replacement following previous recessions. As an Associated Press study recently noted, since 1950 in California, our economy has gone through nine recessions that have been followed by economic recoveries of three years or more. Over these nine recessions, job growth in the three years following the official ending of the recession has been roughly two to three times the number of jobs lost during the recession. In contrast, over the three years since the end of the recent recession, our job growth in California has been under 40%–a positive rate, but well under previous recessions.

Why are California employers remaining reluctant to hire today, even with the improvement in other economic indicators (earnings, stock prices, housing prices)? Tight credit, decline in local and state government spending, consumer wariness: these are the familiar explanations and each contains some truth. Yet, in my experiences with California job seekers and employers I would point to four factors that stand out this Labor Day 2012:

* Higher costs of each employee, related to health care, workers’ compensation, and unemployment insurance: Further, hiring has been dampened by the growing costs associated with taking on an employee (in contrast to using independent contractors or paying overtime or investment in technology). Chief among these increasing costs are healthcare, workers’ compensation, and unemployment insurance.

Being overwhelmed by the number of applicants: This is a quirky and little-noticed factor in hiring, but one that should not be discounted. Employers are receiving hundreds of qualified applicants for each job. The result at times can be paralysis in hiring, with decisions deferred or abandoned.

Beyond these factors is an additional potential factor in slow hiring: structural changes in the California economy that result in a need for fewer workers in such sectors as retail, business services, and finance. As Fox & Hounds has noted from time to time, since World War II (and even before), technology has continually destroyed jobs in California, while creating a greater number of jobs. It is too early to say whether technology’s ability to generate more jobs than it destroys will continue, and what “celebrate labor” will mean for future Labor Days.