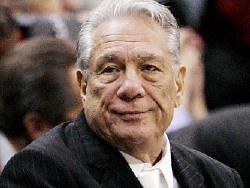 Remember Donald Sterling, the NBA team owner and Los Angeles mega-landlord who has been sued multiple times for outrageous housing discrimination, most recently by the U.S. Department of Justice? Sterling is back in the news this week, again for discrimination in his role as landlord. This time, however, Sterling convinced a California Court of Appeal that it was just fine for him to discriminate against a Section 8 tenant. At this point, anyone who still believes in the myth that judges are “liberal activists” needs to have his or her head examined.

In the Section 8 voucher program, participating tenants pay 30% of their rent and the Housing Authority pays the balance to the landlord. It takes years for eligible tenants to be able to participate in the program. Once tenants get off the wait list, the landlord must sign a payment contract with the housing authority in order to receive the portion of the rent paid by the government. By refusing to sign onto the program, some landlords seek to force rent controlled tenants into situations where they cannot pay their rent.

The facts of this case were compelling. As described in the court’s opinion, the tenant (appellant) was an “elderly widow who immigrated to the United States from Iran in 1985 when she was 52 years old. She suffers from several physical and psychological disabilities and receives as a consequence supplemental security income (SSI) from the Social Security Administration. She has lived since 1987 in an apartment owned by respondents and continues to live there to this day …. The apartment, located in Santa Monica, is rent-controlled. After appellant’s husband died of cancer in January 2004, appellant’s SSI was no longer adequate to cover the rent, which was $1,233 per month in 2007.”

Fortunately, after being on the wait list for years, the tenants were issued a Section 8 voucher shortly before the husband’s death. The tenant informed management and requested that they undertake the necessary paperwork so the Housing Authority could pay a portion of the rent. Management rejected the tenant’s requests, refusing to participate in the Section 8 program.

As a result, the tenant remains in danger of being evicted for nonpayment of rent, since she can only afford the rent with the assistance of the Section 8 program, which the landlord refuses to accept.

“It is not disputed that appellant resides in the apartment she rents from respondents. In fact, it affirmatively appears from the record that appellant and her family desisted from relocating elsewhere because the accommodations she has suit her needs. In other words, there is no interference with appellant’s use and enjoyment of the premises that she is renting.”

Of course, the Court ignores the fact that by refusing to accept Section 8, the landlord is putting the tenant in danger of eviction.

Section 8 discrimination remains a major problem in our society. Often the refusal to rent to Section 8 tenants is based on inaccurate stereotypes about tenants who are part of this program. In rent control jurisdictions, as in the Sabi case, some unscrupulous landlords also see refusal to participate in the Section 8 program as a way to force out long-term tenants who cannot afford the rent without Section 8 assistance.

This is hardly a settled area of law. Sabi could choose to petition the California Supreme Court to overturn the decision. Also, state courts are not the only place that housing discrimination claims can be brought, so future litigants may decide to raise these claims in federal courts. Indeed, the Sabi Court itself recognized that other jurisdictions have reached different results on these issues.

Regardless of the ultimate outcome, this case flags a serious issue facing Section 8 tenants and stands as another reminder that California courts are loath to use their discretion to interpret laws in a manner that protects tenants.