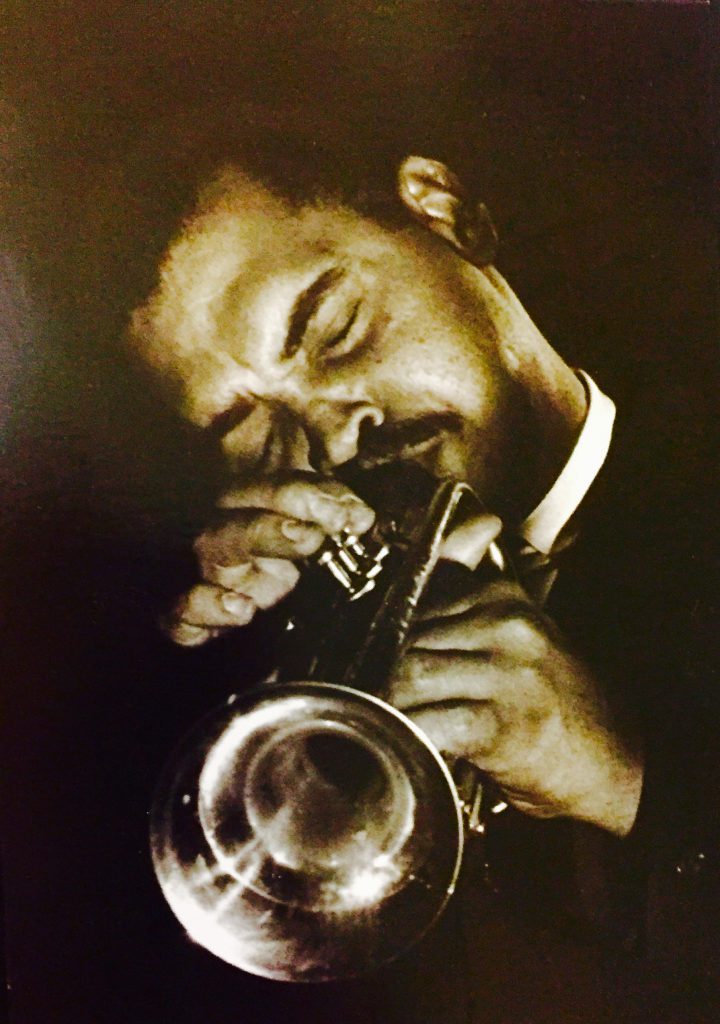 Art Farmer at the Blackhawk, 1962 (photo by Robert Sleadd)

In 1962, Robert Sleadd, a San Francisco Police Officer, took some remarkable photos of performers at the Tenderloin’s legendary Blackhawk Jazz Club. The photos were of Miles Davis, Art Farmer, and two of Gerry Mulligan.

These photos were never made available to the public. Over forty years later, Sleadd sent them to me for use at the Tenderloin. The Museum has put each photo on quality cardstock available for only $2 apiece. That’s quite a deal for a unique piece of San Francisco jazz history.

You can buy these photos at the Tenderloin Museum, and other one of a kind offerings on its website.  The Tenderloin Museum’s special exhibition, The Unseen World of the Tenderloin: Rare Historic Photographs, 1907-71 runs through the holiday season. If you haven’t yet visited the museum, this is the perfect time.