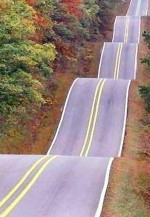 With the New Jersey State Senate rejecting gay marriage last week, the path to equality is now back in the courts. Lambda Legal has filed suit in the New Jersey Supreme Court, and the odds of success – based upon that state Court’s ruling in 2006 – appear favorable. But all eyes this morning are on San Francisco – as District Court Judge Vaughn Walker hears Perry vs. Schwarzenegger, the controversial case to overturn Proposition 8 on federal grounds. For years, civil rights groups had carefully kept the federal courts out of gay marriage fights – and the prominent lawyers in Perry filed the suit without consulting them. But with most of marriage’s legal benefits coming under federal law, it was only a matter of time before the federal courts weighed in on this issue. The trouble is that a wiser battle to start with would challenge the Defense of Marriage Act (DOMA) – and in fact, there are such efforts in place. If the federal courts uphold Prop 8, it’s not likely to affect New Jersey – but it could hurt efforts to repeal DOMA.

It was heartbreaking to see the New Jersey State Senate vote 20-14 on January 7th against legalizing same-sex marriage (with nine Democrats voting “no” or “abstain”), but it was smart to call for a vote anyway. As any lawyer would advise, plaintiffs should prove they have “exhausted all remedies” before filing a suit – and this defeat now allows the LGBT community to take their case back to the state Supreme Court, where the odds look good.

In October 2006, the New Jersey Supreme Court voted 4-3 that gay marriage was not a “fundamental right” – but the law must treat same-sex couples equally. The Court said the state legislature could either pass marriage equality, or a “parallel structure” of civil unions that give gay couples all the same rights. At the time, I explained how the ruling could inevitably lead to gay marriage – because it’s impossible to have civil unions that are “equal.”

Three years later, there is ample evidence that New Jersey’s civil unions law is inadequate. A state commission studied the issue thoroughly, and legislators on both sides of the marriage debate have admitted on record that it’s not working. The Court in 2006 was reluctant to call for gay marriage – and instead said the legislature “should be given a chance to address the issue.” Now, it’s clear the legislature had their chance – and failed.

The make-up of the New Jersey Court hasn’t changed much, and the four judges who signed the majority opinion in 2006 are all still there. But during this time three other state Supreme Courts – California, Iowa and Connecticut – not only ruled for marriage equality, but also recognized sexual orientation to be a “suspect class.” That means any law that discriminates against gays and lesbians is presumed unconstitutional, unless the state can prove a compelling interest. Other state rulings are not binding precedent on the New Jersey Supreme Court, but they are viewed as “persuasive” – and likely influential.

New Jersey proves that a state-by-state solution can yield progress – as infuriating as the number of setbacks on the way can be. But the recent defeat in Maine also showed how risky it is to go to the ballot. The Right loves to take this issue to the voters, because they can use lies and fear to manipulate a slim majority of the electorate. New York and New Jersey proved that state legislatures are not immune to this either, but it’s preferable than putting the rights of a minority on the ballot. The courts, of course, are always an option.

Advocates should be unapologetic about focusing on states that lack an initiative process, expanding marriage rights in places where it cannot be taken away. More states with gay marriage will also help federal courts conclude that marriage equality is a constitutional right. When reviewing the bans on interracial marriages (1967) and sodomy (2003), the U.S. Supreme Court in both instances noted how many states had already repealed them.

Currently, there are eight states that (a) don’t have marriage equality, (b) did not amend their constitution to ban gay marriage and (c) don’t allow for an initiative process that could repeal efforts to pass it. The states are Minnesota, Indiana, North Carolina, West Virginia, Pennsylvania, New York, New Jersey and Rhode Island. Some – like Rhode Island – are liberal enough to pass it at the legislature. Others will require court action.

But Going to Federal Court is Inevitable …

Every major lawsuit to achieve marriage equality has consciously avoided claims under the federal U.S. Constitution for a reason. As long as the claims are kept in the confines of a state constitution, that state’s Supreme Court has final say – and the case cannot be removed or appealed to federal court. The concern is that, while there are legitimate and arguable federal claims, any federal case can be appealed to the U.S. Supreme Court – in front of Justices Clarence Thomas, Antonin Scalia, John Roberts and Samuel Alito.

Which is why the Perry case is so controversial. A strong legal case can be made that Prop 8 violates the U.S. Constitution, but it’s a myth to think judges won’t take the politics into account. “It’s very sweet to think that we’re going to win on moral grounds, but it’s naïve,” E.J. Graff of the Brandeis Women’s Studies Research Center told the American Prospect. “[The lawyers] have no real grasp of the bias facing lesbians and gay men, or of how to make lasting social change.”

In fact, the two attorneys – Ted Olson and David Boies – are not part of the civil rights legal community, and filed the suit without consulting those who have litigated marriage equality cases for years. “There is also the sense,” wrote the American Prospect, “that Boies and Olson stand to lose nothing. The possible reward, on the other hand, is clear: For two attorneys who have pursued high-profile cases throughout their careers, this could be the defining win that puts them in history books.”

But it was inevitable that federal courts would eventually take up this issue. First, over 30 states (including California) have changed their constitutions to prohibit gay marriage – which blocks the ability to pursue state court challenges. After the state Supreme Court upheld Prop 8 last year, it was clear the only available options are: (a) the ballot box, or (b) federal courts.

Second, and more importantly, you can’t have marriage equality without challenging federal law. Even before California voters passed Prop 8, same-sex couples never had full marriage rights. The Defense of Marriage Act (DOMA) prohibits gay couples from any federal benefits – such as the right to sponsor an immigrant spouse, Social Security or joint federal tax returns – and allows states to not recognize out-of-state gay marriages.

In fact, California’s civil unions law gives all the same (tangible) benefits that state law grants married couples. While the term “marriage” carries all sorts of intangible legal implications that a civil unions law cannot contemplate, Prop 8 had less of a practical effect than DOMA. To the extent that going to federal court carries legal and political risks, it makes more sense to challenge the constitutionality of DOMA than Prop 8.

But Perry Case Does Not Address DOMA

The complaint in Perry, however, does not mention DOMA. Focusing on the precedent of Romer v. Evans (1996), the suit argues that Prop 8 lacked a rational basis to discriminate against homosexuals. In Romer, the U.S. Supreme Court overturned a Colorado amendment that blocked any non-discrimination laws that include sexual orientation. The sole motivation to pass the measure was animus, an “irrational basis” that violates equal protection. The Perry case seeks to prove the same.

Meanwhile, there are cases in federal court that directly challenge DOMA. The suit that prompted an awful brief by the Obama Administration has since been dismissed because the plaintiffs were found to lack standing. But in Massachusetts, the civil rights group Gay & Lesbian Advocates & Defenders (GLAD) has filed suit on behalf of gay married couples who are being denied federal benefits. Interestingly, their legal brief also cites the Romer precedent and appears far more targeted.

What impact would the Perry case have on the DOMA challenge? In an amicus brief for Perry, Equality California has carefully argued that the federal courts can repeal Prop 8 based on California’s unique situation. “In no other State,” they wrote, “have voters been led to amend their constitution to strip same-sex couples of a right to marry that the highest court of the State had previously confirmed and carried into effect.” This could allow a lower court to overrule Prop 8 in a way that only affects California – so the U.S. Supreme Court would leave the case alone, and we don’t risk a bad ruling.

But the bigger concern would be if the Perry plaintiffs lose, and the federal courts uphold Prop 8. If they reject the notion that – like in Romer – animus was the basis for passing Prop 8, it could jeopardize the carefully crafted DOMA challenge. Not only would gay married couples in Massachusetts be denied federal benefits, but as the American Prospect predicted, “defeat could legitimize such discrimination against LGBT Americans, making it far more difficult to sue for parental or housing rights. The door to any federal litigation on marriage equality would be shut for decades.”

As for New Jersey, the good news is that a bad outcome in Perry would likely not affect it. Lambda Legal’s case is based on the New Jersey state constitution, so a federal court ruling on what the U.S. Constitution says is probably not relevant. The federal court could uphold Prop 8 by deciding there is no federal requirement for states to have gay marriage – but it would probably allow states (like New Jersey) to grant it anyway.

With Judge Vaughn Walker agreeing to televise the Perry case that will expose the other side’s bigotry, opponents of marriage equality are lowering expectations. “We do not expect to win at the trial level,” said the National Organization for Marriage – which bankrolled over 60% of the Maine campaign to repeal gay marriage but refused to register with the Ethics Commission. “But with God’s help, at least five members of the current Supreme Court will have the courage to defend our Constitution from this grave attack.”

In other words, the other side isn’t even putting up a fight at the trial level – because they know that the law and facts are not in their favor. Instead, they are counting on the right-wing activist judges at the U.S. Supreme Court to bail them out – and uphold Prop 8.