Bock’s Beautiful Children Lives Up to the Hype 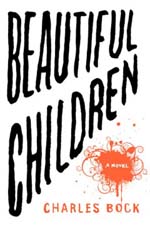 When a first novelist gets a pre-publication feature in the New York Times Sunday magazine, and blurbs from such prominent writers as A.M. Homes, Jonathan Safran Foer, and Walter Kirn, the author’s connections, rather than talent, first springs to mind. But Charles Bock’s first novel lives up to the pre-publication hype. After laboring for eleven years, Bock has produced a work that is deserving of all of the lavish praise it is likely to receive. In my estimation, no novel has so ambitiously sought to address the state of the family, the crises of adolescence, male-female relations, and the hidden social subtext of urban America since Jonathan Franzen’s The Corrections — and Bock’s book is grittier, more intense and ultimately more insightful than that 2001 best-seller.

I can only imagine the internal struggles Charles Bock endured during the eleven years he spent writing Beautiful Children. Fortunately for readers, his tenacity paid off. Set in Las Vegas, the book is framed by the disappearance of twelve- year old Newell Ewing. But this is not a book that has readers eagerly turning pages to determine whether the boy is located. Rather, the boy’s disappearance is the springboard for Bock’s analysis of contemporary marriage, relationship problems, the challenges facing today’s youth, and the larger social meaning of Las Vegas.

This is a book that maintains interest through building reader sympathy with a diverse range of characters. In many respects it is unusual in today’s fiction world, where stalled plots are invariably “solved” by a character being diagnosed with cancer, or the intervention of some other act or series of acts designed to keep readers engaged.

Bock’s skill is demonstrated by his ability to get readers to deeply care about characters—a stripper, a down and out cartoonist, a special events coordinator, a high school senior going nowhere, and homeless youths—that for the most part are outside the mainstream. But Bock uncovers the universality of these atypical figures, showing that deep inside they are not as different from the reader as appearances indicate.

Because Bock succeeds in inspiring sympathy and deep concern for his characters, the book is a riveting read. Although the book is nearly 400 pages in hardback, readers will feel at the end that the book has barely begun; one wants to know more about the characters’ futures, a sure sign that Bock has succeeded in his depictions.

The book is reminiscent of Franzen’s The Corrections in its writing style and attempt to use the backdrop of a family to address broader social issues. But Bock is a more intense and focused writer than Franzen, and avoids the dull and contrived sections that afflict all of Franzen’s novels.

Multi-character novels whose characters intersect a la the movie Crash invariably include some plot lines that are not fully developed. Here, the comic artist Bing Beiderbixxe appears to be an important character at the book’s outset, but then is missing for long stretches and his purpose in the novel becomes less clear. The plot line describing Bing’s plan to make money by creating three-dimensional tattoos never makes much sense.

But no book is perfect. And this book is such a departure from the tired plot lines that dominate today’s novels—primarily involving family dysfunction that operates independently of any surrounding social context—that is deserves the best-selling status it is likely to achieve.

Bock has written a book whose characters live on in readers’ minds well after the last page has been turned. And there is no greater compliment to a novelist than this.