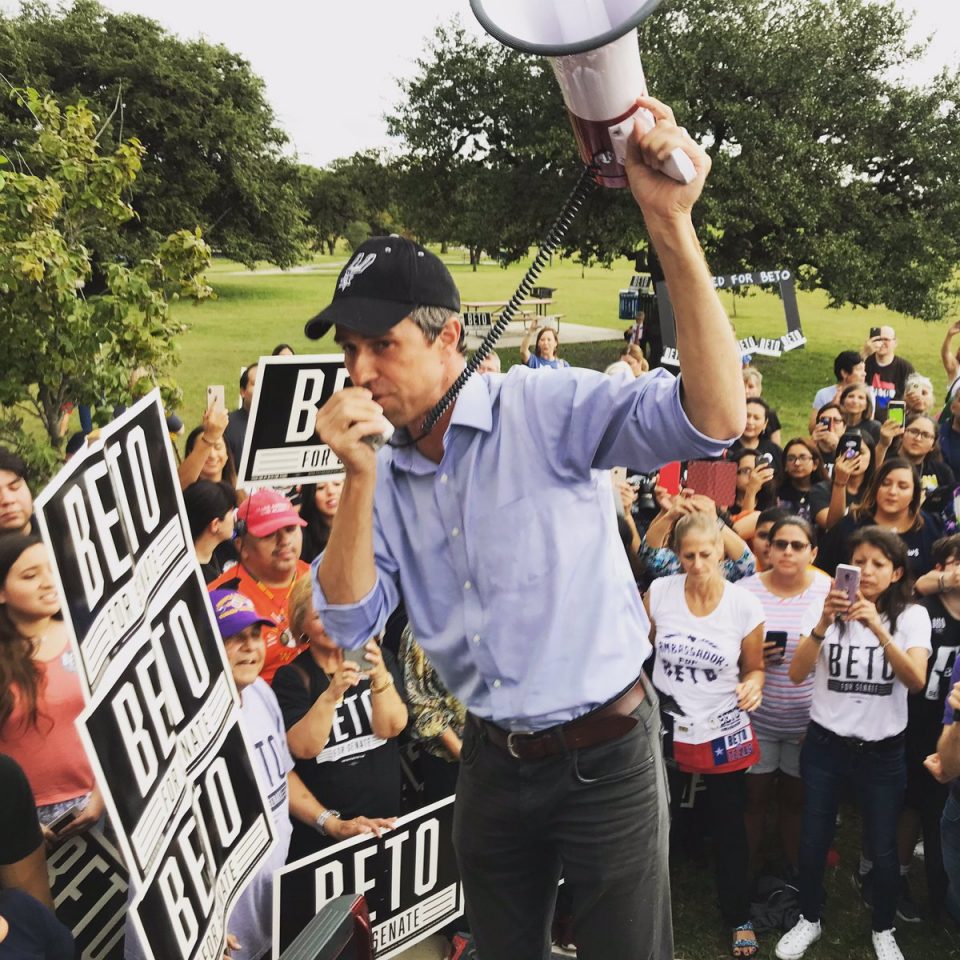 It was not the electoral tsunami that Democrats hoped for, but they got a higher share of the national vote than the Republicans got in their waves of 1994 and 2010. Democrats core goal was achieved: Democrats regained control of the House. They picked up a net 37 seats. At least I got that pick right.

Beto O’Rourke, who I picked to upset Ted Cruz, lost narrowly. He came closer to winning a top statewide race than any Texas Democrat in over two decades. He also brought new voters to the polls that flipped state legislative and Congressional seats.

Beto ran the most stirring campaign Democrats have seen since Barak Obama’s 2008 effort. And he has positioned himself as the clear frontrunner for the Democratic presidential nomination.

If you doubt this, consider how many people would show up in any blue city for a political talk from Beto. There would be lines out the door in hundreds of cities with people chanting Run Beto Run. To come that close in Texas means he could sweep the Midwest and other swing states.

Beto said he would not run for president if elected. Now he has the chance.

Andrew Gillum, who I also thought would win, suffered a narrow and heartbreaking defeat. Watching the returns I realized that we forget that Florida practiced white supremacy for as long and as brutally as Alabama and Mississippi; it is a southern state. And southern states rarely elect Democrats to top offices.

I feared that voter suppression would defeat Stacey Abrams in Georgia and that’s what happened. America always talked about fighting wars to preserve democracy but what occurred in Georgia—where the person running the election was a candidate—was not democracy. It far more closely resembled the historic elections of Mexico, or of another country said to lack true democratic traditions.

It does appear as if anti-union zealot Governor Scott Walker of Wisconsin has been defeated. He will ask for a recount.

Austin’s pro-housing Mayor Steve Adler won a huge victory (by 40%!) in  a race where his opponent was a neighborhood leader opposed to Adler’s plans to increase density and build a lot more apartments. Coupled with the passage of a $250 million housing bond, Austin voters sent a powerful message that they do not want the city going the way of Palo Alto but instead want to promote economic inclusion and and racial diversity.

Here’s another message from Austin: Don’t be afraid to aim big. People thought Councilmember Greg Casar was off his rocker when he suggested a $300 million bond and some feared that $250 million was more than Austin would accept. Yet it won with over 70% of the vote.

Anti-housing neighborhood groups also placed a measure on Austin’s ballot (Prop J) that would require a public vote for any zoning change impacting housing. Many feared it would become a national model for other neighborhood groups if it passed, and fortunately it appears to have been narrowly defeated. Opponents noted that the last time Austin required voting on zoning changes it was part of a strategy to promote segregation.

If a housing bond lost anywhere I have yet to discover it.

Prop 10 was not a housing success, losing by a large margin. I have previously discussed why Prop 10 had already won despite the election outcome, and everyone who worked on the yes campaign should feel good about the effort.

It’s not a housing vote per se but it looks like Berkeley’s City Council will be more favorable to new housing with the likely election in D1 of  Rashi Kesarwani to replace Linda Maio. Lori Droste, the Council’s most pro-housing member, easily won re-election.

Prop C coasted to victory, doubling the resources San Francisco now has to address homelessness. Shamman Walton won easily in D10 and Matt Haney did the same in D6 in a race virtually everyone—including Haney—thought would be much closer. I see Haney’s victory margin as the single biggest local election surprise as none of the polls saw anything but a close race.

Haney’s win likely ensures that Hillary Ronen is the next Board President. It also shows that while D6 demographics and boundaries have changed since the 2000 and 2010 races, a broad progressive message still resonates with voters.

The outcome of the Gordon Mar-Jessica Ho race in D4 and Catherine Stefani-Nick Josefowitz race in D2 are not final.  Yet Trevor McNeil’s second place votes went more to Mar, which is why he will win.  In D2, Josefowitz only trails by 5% but I’m told Stefani is sure to win.

The Beckles campaign put out a message to media before results came out explaining why the early returns would go heavily for Wicks. That happened but with 100% of the day of election votes counted Wicks is still ahead by a 56%-44% margin.  It seems very difficult for Beckles to make up this 10,000 vote deficit but she made up huge ground in June with late counted votes so it is too soon to announce Wicks as the winner.

It’s not too soon to say that the prominent poll that had Beckles ahead of Wicks a week prior to the election was way off. That poll, like those that was way off in finding SF’s Matt Haney in a political dogfight, shows the difficulties of getting accurate local polling on down ticket races in the Bay Area.

Randy Shaw is Editor of Beyond Chron. If you like his writing pick up his just released book, Generation Priced Out: Who Gets to Live in the New Urban America.