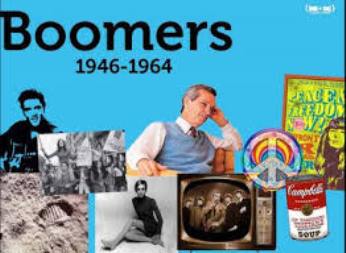 The SF Business Times reported this week on a Bay Area Council poll finding that “seventy percent of millennials were in favor of building more housing in their own neighborhood, while only 57 percent of residents age 40 to 64 supported additional homes near them.” Newer residents were also much more likely to support housing than those living in the region for 20 years or more.

The poll covered the nine county Bay Area, so was not specific to San Francisco. But it likely underestimates San Francisco’s generational division when it comes to attitudes toward housing and levels of civic engagement around new housing development.

Let’s be honest: baby boomers have seen their home prices rise to the stratosphere because they have led San Francisco to artificially restrict new housing supply. And by demonizing tech workers and other millennials with the money to afford homes in now expensive areas like Noe Valley, the Castro, or Bernal Heights, it makes it easier for boomers to identify their anti-housing policies as “progressive.”

The boomers have always been split between those who were young UFW volunteers and those like Bill Clinton who did what they needed to do to get ahead. While the boomers spawned the 1960’s, they also dominated the 1970’s—boomers were the “Me Generation.”

Many San Francisco boomers never bought a home, and some are among the seniors now facing Ellis and OMI evictions. But for those who did buy, it’s understandable that they see no advantage to their Noe Valley block becoming a construction zone for two years.

The larger projects that trigger inclusionary affordable housing are as rare in Noe Valley as a block on 24th Street without a baby stroller; by preventing larger new developments, Noe Valley and similar neighborhoods have denied any opportunity for the millennial generation’s middle-class to live in the neighborhood.

Many boomers back affordable housing.  But this support obscures how their anti-market rate housing stance has resulted in policies pricing out the middle class in many San Francisco neighborhoods.

Fortunately, the YIMBY’s have put this issue on the map after it was ignored for decades, And while it will make some feel uncomfortable and wrongly accused, this debate about earlier generations sacrificing the city’s future economic diversity for their own self-interest needs to occur.

Had we considered back in the 1980’s how anti-housing policies would price out future generations of the middle-class, San Francisco may not be in its current affordability mess. But if we are going to create new middle-class housing opportunities, it’s time to address this generational divide over new housing.