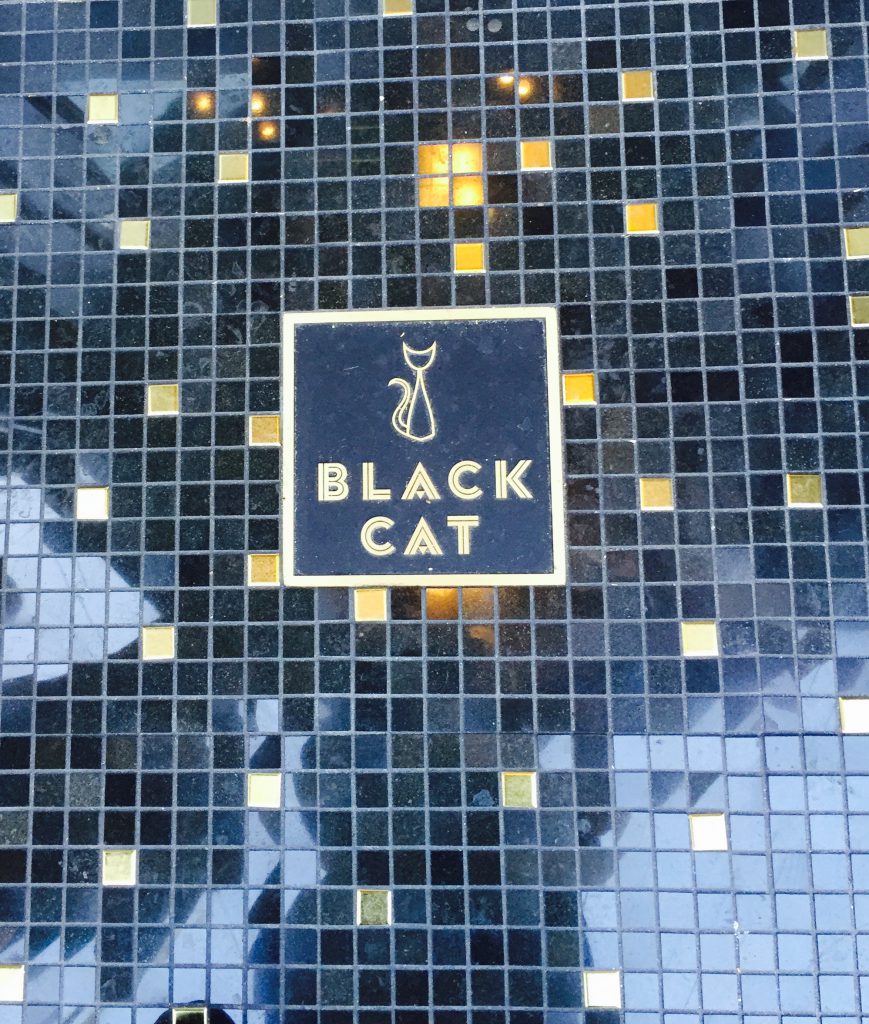 The Black Cat opens at 400 Eddy Street today, bringing back the ambience of the original Black Cat closed down by the city’s elite 100 years ago. I earlier described the Black Cat’s past and recent history and Mayor Lee’s joining the celebration of construction ending (“After 100 Years, Black Cat Comes Back to Tenderloin, July 7).

I dined with several others at a preview dinner at the Black Cat this week. Everyone present said they would return and will encourage others to do visit. The Black Cat offers the supper club ambience that use to be available throughout the Tenderloin but has been absent from the Central Tenderloin for over fifty years (you can see this rich restaurant history in the photos and menu at the Tenderloin Museum across the street).

It is common for attendees at the Tenderloin Museum’s evening events to ask about nearby restaurants. Now they can just cross the street and get a great meal.

The Black Cat is only open for dinner now, but plans to expand its hours to include lunch and then breakfast. It stays open until 2am, hoping to attract members of the hospitality and restaurant industries who work evening shifts.

Reservations can be made by calling the restaurant, through its website, or via Open Table.

Randy Shaw is Director of the Tenderloin Housing Clinic, which leases the restaurant space to the Black Cat.