Bigotry Flaunting Itself in Mississippi 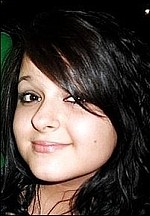 In this day and age, it’s hard to imagine that folks are so threatened by an 18-year lesbian high school student bringing her female date to a prom that they intentionally dupe her into going to a fake event after a federal court rules that she can’t be discriminated against.

But school officials at the Itawamba County School District in Jackson, Mississippi and parents of students who go to the Itawamba Agricultural High School are that threatened and did just that. When Constance McMillen originally asked to bring her female date to the her high school’s April 2 prom, she was refused. She contacted the ACLU, which took the matter to court. The school cancelled the prom rather than risk having to let McMillen attend with her date.

U.S. District Judge Glen Davidson ruled that McMillen’s civil rights were indeed violated, but that the district didn’t have to reinstate the prom since parents of the school children scheduled an alternative event.

Little did the judge know that the event was a sham and that the real prom was being held somewhere else — only McMillen was not invited. In other words, there were two proms, one for the majority of the students and the other for McMillen and select students, including two with learning disabilities.

“They had two proms and I was only invited to one of them,” McMillen was quoted as saying in the Advocate, a national queer publication, “The one that I went to had seven people there, and everyone went to the other one I wasn’t invited to.”

McMillen attended with a female friend, not her partner, who was scared to go.

As for the students at the prom she attended, McMillen said, “They had the time of their lives. That’s the one good thing that came out of this, (these kids) didn’t have to worry about people making fun of them.”

Not surprisingly, the same folks who don’t want lesbians at the school prom don’t want students with learning disabilities either.

Fortunately, people from around the country, including talk show host Ellen DeGeneres, have flocked to McMillen’s support. After inviting McMillen to her show, Ellen awarded the young lesbian with a $30,000 college scholarship, saying, “I admire you so much. When I was your age I never would have had the strength to do what you are doing.” The check was from Tonic.com, a website that promotes “the good that happens around the world each day.”

Tonic.com may consider McMillen’s action part of the good in the world, but students from her school have put up a facebook page mocking her. Entitled “Constance quit yer cryin,” it has 2,300 fans and features a photo of a baby wailing.

Proving once again that bigotry sure goes out of its way to flaunt itself.