Beyond the Minimum Wage: Just Hours and Fair Scheduling Critical in the Fight Against Inequality 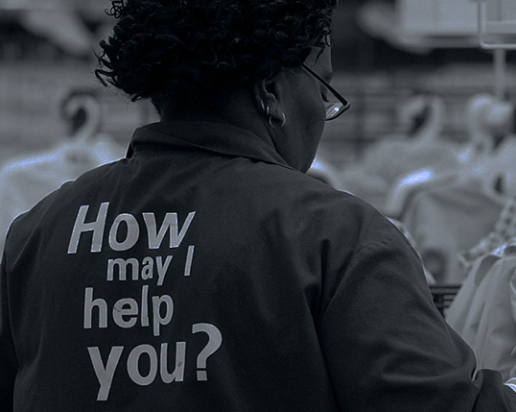 San Francisco – As the national conversation about low wage workers and income inequality continues to escalate, a coalition of labor, community and advocacy groups have come together to tackle a new issue facing low wage workers: part-time, erratic scheduling practices, particularly in the growing service sector.

On Tuesday, the coalition, Jobs with Justice San Francisco, teamed up with Supervisors David Chiu and Eric Mar to introduce the Retail Workers Bill of Rights, legislation aimed at strengthening protections for retail and restaurant workers held hostage by diminished hours, on-call scheduling, and discriminatory treatment by employers on the basis of their part-time status. The measure is designed to hold the city’s largest retailers, fast food restaurants and other service sector employers accountable for creating better quality jobs that can support working families to live in San Francisco.

“To close the inequality gap and lift low-wage workers out of poverty, raising the minimum wage is not enough. We must also promote full-time employment and predictable work schedules,” said Michelle Lim, spokesperson for Jobs with Justice. “But the workplace is changing, and a changing workplace requires better, stronger regulations to protecting workers. Too many of our friends and neighbors aren’t just living paycheck-to-paycheck, they’re living hour-to-hour, desperately trying to cobble together enough hours to put food on their tables and pay their rent. Retail is one of the fastest growing sectors, so it’s critical we do whatever we can to raise the standards of this sector.”

Supervisors Chiu and Mar introduced the legislation at the July 29 Board of Supervisors meeting and expect a vote in the Fall.  Supervisor Mar stated, “these groundbreaking policies will restore balance and fairness to work schedules and provide economic security for tens of thousands of low-wage service sector workers in our city.  This is a national problem, and we’re excited for San Francisco to once again lead the way in creating innovative policy models to support working families.”

Cynthia Paredes says her part-time schedule at Party City in San Francisco does not give her enough hours to make ends. She lives in a one-bedroom apartment with her mother and her sister. “I work part-time, but I really need to be a full-time worker in order to be able to pay all of my bills,” she said.  “I would like to have more hours and get a raise because this city is so expensive and I can barely survive with the money I’m making right now. I believe there needs to be equal treatment between full time and part time workers so we all get benefits.”

The San Francisco legislation is part of an emerging national movement for fair and predictable work schedules.  Last week, Reps. George Miller (D-Calif.) and Rosa DeLauro (D-Conn.) introduced the “Schedules that Work” Act to provide federal guidelines for making sure that employers offer fair, flexible and reliable schedules for working families who are often left in difficult situations because of erratic employer scheduling.

For more information on the Retail Workers Bill of Rights, please visit www.retailworkerrights.com.