Betsy DeVos and the Problem of Institutional Racism 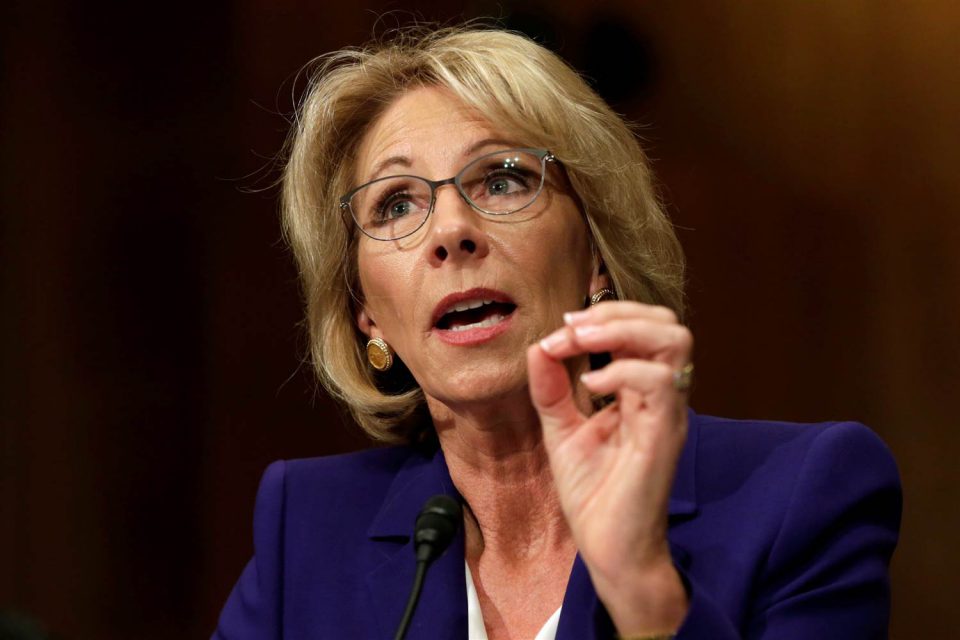 Bill Boyle notices a fact that has been obvious to everyone except corporate reformers for the past 15 years: almost every school that is labeled “failing” enrolls mostly children of color. In Michigan, the home state of Betsy DeVos, every community that is targeted for state takeover and for an emergency manager is majority people of color. Corporate reformers look at schools with low test scores, and they see dollar signs, not children with unmet needs. At present, 38 schools in Michigan have been declared “failing schools.” They are slated for closure. This was surprising to hear, because when I participated in a four-way debate last week with Matt Frendewey of DeVos’s American Federation for Children on NPR, he insisted that public schools are never closed in Detroit or Michigan, only charter schools. Twenty-four of the 38 schools slated for closure are in Detroit.

“Let’s be clear and name this- Betsy DeVos is a huge proponent of institutional racism.

“How do you spot institutional racism? It’s pretty easy.

“First, here is what you don’t do. You don’t go looking for individual racists. I honestly don’t know DeVos’s personal ideas on race. I am certainly not naming her as a racist. Her intentions are beyond by my ability to determine. More so I don’t see her personal intentions as particularly relevant. (The same goes for Attorney General nominee Jeff Sessions. Who cares if those who know him claim he’s a nice guy? See below.)

“What is relevant are the effects and outcomes of the policies that she supports. These are very, very easy to determine. And they clearly support institutionalized racism.

“It goes without question that DeVos has supported the narrative of “failing schools” and that she has funded it. In the state of Michigan this has led to a number of weird policies (the ability of the SRO to close schools being only one) that have become institutionalized through the financial backing and political influence of DeVos. (As an excellent example of how DeVos exerts pressure, see here.)

“So let’s dig a little deeper.

“What do these 38 schools on the SRO closing list have in common? They are in areas of high concentrations of poverty, and high populations of African American students. This is called a “disproportional outcome,” one that has a disproportionate effect on a particular group of people. In this case, we are talking about poor Black communities. Poor Black communities are having their schools taken from them. Poor Black communities are having their schools being named as failures, which allows us to avoid considering the racialized economic conditions that actually led to these communities having high concentrations of Black students who also tend to be struggling with poverty. Schools are being named as failures while hiding the fact that those in power have failed those communities.

“And it is, by definition, institutionalized racism.

“Maybe we should ask, does closing schools work?

“The answer is yes if your goal is to continue to steal resources from those most in need of them.

“The answer is no if you are hoping to support these communities.

“As an example, Muskegon Heights public school district was completely charterized as a result of the having been overtaken by emergency management in 2012. The whole district was given to a private company to run as a charter district. In 2014, that company left in the middle of the school year because the profit wasn’t what projections hoped for. It remains charterized.

“And it is now is on the closure list.

This piece first appeared in the Diane Ravitch Blog