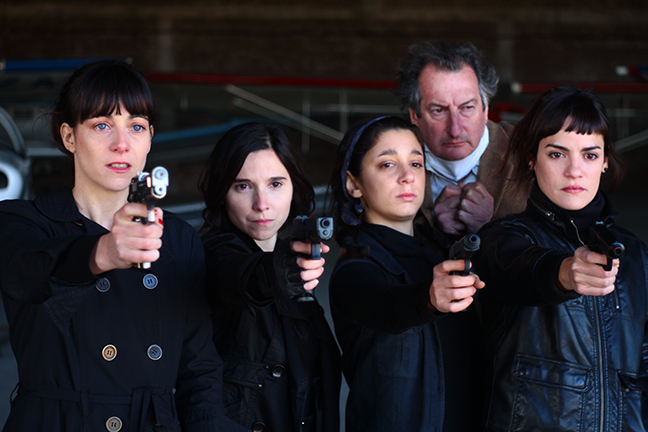 Much like looking for real information past the Orange Skull’s tweets, finding worthwhile films in 2019 which were more than another sequel or a by-the-numbers remake was difficult but not impossible.  The Roxie Theatre and Netflix proved particularly useful venues in this regard. While Netflix really doesn’t need more of Beyond Chron readers’ money at this point, donating to the Roxie Theatre or the Pacific Film Archive is the sort of thing that helps keep S.F. Bay Area film culture from devolving into Multiplex Hell.

Little Women==Greta Gerwig also took on a familiar story with this new adaptation of Louisa May Alcott’s classic tale.  Instead of a strict chronological re-telling, the film’s story structure effectively jumps back and forth between a present where the March sisters lead separate lives with varying degrees of success and a past when they were all impoverished and struggling together to survive.  Fans of the source material will appreciate the nods to such classic moments as Jo and Laurie’s dance at a ball. But the “present day” material includes clashes between elements from Alcott’s actual life and the parts of the author’s life fictionalized to make the story more commercially palatable.  The film also sympathizes with all four sisters (even Amy) for trying to finesse the limited choices 19th century social mores offered women in general.

Honorable Mentions–Fast Color, The Kid Who Would Be King, Saint Frances, Midsommar, Ash Is Purest White, Long Day’s Journey Into Night, Diamantino, Cold War, Seven Stages To Achieve Eternal Bliss By Passing Through The Gateway Chosen By The Holy Storsh, Cat Sticks, I Lost My Body