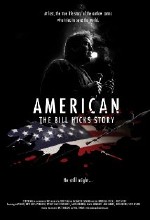 This retrospective of the 2010 films that most impressed this reviewer does not pretend to be a definitive assessment. Any such list that was not built on considering such highly praised films as “The Social Network,” “The White Ribbon,” “Casino Jack and the United States of Money” and “I Am Love” cannot claim such a stamp of expertise. But a film-watching year that included sitting through Srdjan Spasojevic’s sexual torture horror film “A Serbian Film” should demonstrate some willingness to seek out new (and sometimes wrenching) cinematic worlds.

Special mention should also be made of the film adaptations of “The Girl with the Dragon Tattoo” and its sequels. The films may never have risen above enthralling potboiler. Yet given the rarity of entertaining leftist pulp filmmaking, one cannot bestow too much hate. But the films’ major draw is Noomi Rapace’s arresting performance as Lisbeth Salander. Despite her character’s tortured background and antisocial behavior, Rapace makes this unconventional heroine a sympathetic bad-ass without resorting to stereotypical macho braggadocio. Now, on to 2010’s impressive films:

“Bodyguards and Assassins” concerns a peril-fraught visit by democratic revolutionary Sun Yat-Sen to 1905 Hong Kong. Stephen Tung Wai and Lee Tat-chiu’s excellent action choreography makes the film’s second half utterly riveting. But making the entire film meaningful is director Teddy Chan’s first half set-up and second half dramatic implications. For the film is ultimately less about who punched out whom and more about the prices people are willing to pay for bringing about revolutionary change. American audiences seeking to draw parallels from this film should realize that the Teabagger “patriots” would have been on the side of the Empress’ anti-democracy assassins.

“The Exploding Girl,” by contrast, is Bradley Rust Gray’s wonderfully delicate portrait of a pivotal summer in the lives of two college students. Gray’s poetic and patient direction accumulates the small moments that mark the shifts in the relationship between Ivy (a cherubic Zoe Kazan) and Al (Mark Rendall).

Lucien Castaing-Taylor and Ilisa Barbash’s documentary “Sweetgrass” follows the last herding of roughly 3,000 sheep over Montana’s Absaroka-Beartooth mountain range to summer pasture. Within its frames, this film is a meditation on man’s relationship to nature, the death of the traditional West, and the beauty of generally untrammeled nature.

The Peruvian drama “Undertow” focuses on a different relationship between man and nature. Javier Fuentes-Leon’s award-winning drama contrasts the beauty of its fishing village setting with the ugliness of human nature. Its bisexual love triangle with a twist escapes storytelling clichés involving its twist to meditate instead on the nature of manhood.

Bill Hicks used standup comedy as an oral broadsword to slice through the loudly broadcast deceptions and mundane idiocies that others called normal life in the United States. Paul Thomas and Matt Harlock’s documentary “American: The Bill Hicks Story” does the legendary incendiary comedian justice by giving viewers generous loving portraits of both Hicks’ onstage and offstage personas. Inventively animated still photographs and immortal Hicks routines such as good LSD stories provide both wonderful remembrance and a teaser for new fans.

Feo Aladag’s shattering drama “When We Leave” pits Umay (Sibel Kekilli)’s desire for both personal independence and her family’s love against said family’s determination to stand by their community’s sexist mores. Alternating between shock and regret, Aladag’s film never cops to sentimentality. While the results can be painful to watch, the film’s emotional honesty makes its story one that could equally apply to LGBTs dealing with religiously homophobic relatives.

Maren Ade’s sophomore film “Everyone Else” follows the slow disintegration of Chris and Gitti’s relationship during a supposedly idyllic Sardinian vacation. Watching a playful loving relationship turn into a hotbed of insecurity and frustration may be uncomfortable to see. Yet Ade’s intense observational eye manages to push past viewer unease to reach deeper emotional truths, as seen in a sadistic mountain climb.

Lev Anderson and Chris Metzler’s bittersweet documentary “Everyday Sunshine: The Story of Fishbone” provides an incredibly entertaining portrait of a talented but woefully commercially underappreciated black ska punk band. Aside from a generous media mix of animation, strange-but-true events, and Fishbone performances, the film’s memorable heart is the thorny relationship between core members Norwood Fisher and Angelo Moore as they reconcile the realities of Fishbone’s career with their personal visions.

Clio Barnard’s stunning avant-garde documentary “The Arbor” is partly a portrait of famed late social realist playwright Andrea Dunbar. But it’s also the story of daughter Lorraine Dunbar, her thorny relationship with her playwright mother, and the personal hell created from her own personal demons. Barnard’s technique of having actors lip-synch to recorded interviews with the documentary’s subjects creates an emotional space where the viewer can personally comprehend the truths that the film’s subjects may not see.

Raoul Peck’s “Moloch Tropical” hypnotically follows the emotional and political unraveling of the president of a fictional Caribbean country. Set during the anniversary celebrations of the country’s founding, the film observes in its vast yet claustrophobic setting how a supposed period of resurgent nationalist pride actually becomes a politician’s last political gasp. Yet rather than being a tragic chronicle of the corruption of power, Peck’s work ultimately satirizes the ferocity of tightly grasping water-like power.

Olivier Assayas’ epic “Carlos” takes honors as best film of the year. Points are scored for the audacity of making a professional terrorist the anti-hero of his own story, especially in these paranoid political times. Assayas artfully makes Carlos both sex symbol and sexist, politically committed icon and a mercenary. Yet his epic biography also challenges the romance of the outlaw living outside societal rules by questioning whether Carlos is king of his destiny or merely a pawn. That Assayas manages to juggle these elements with some dark humor makes his film memorable.

Honorable mentions are offered for films which didn’t quite make the final cut: “White Material,” “Fish Tank,” “Lola,” “Cooking History,” “The Topp Twins: Untouchable Girls,” “Beautiful Darling,” “My Perestroika,” “Have You Heard From Johannesburg,” “Night Catches Us,” “Tiny Furniture,” and “Deep In The Valley.”