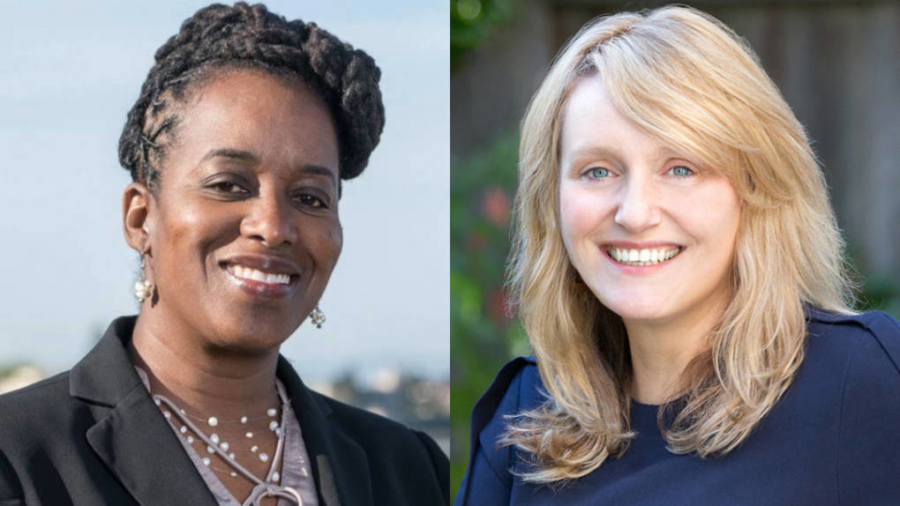 In a November election cycle that is all about Democrats challenging Republicans, the California State Assembly race between Democrats Jovanka Beckles and Buffy Wicks has its own significance. Covering  Berkeley, El Cerrito, Oakland, Kensington, Richmond and parts of Oakland, the race parallels the Clinton-Sanders battle in 2016 and offers competing visions for the Democratic Party’s future.

On September 4 we ran stories on Beckles (“In AD 15 It’s All About the Money,”) and Wicks (“Buffy Wicks is the Progressive Champion AD 15 Needs”) submitted by their backers. Today I address the broader implications of this race, whose outcome offers insight into which type of Democrat will win the nomination for president in 2020.

Beckles and Wicks come from two very different traditions in the Democratic Party. Beckles is associated with the Richmond Progressive Alliance (RPA), which has brought rent control, a $15 minimum wage, and other progressive policies to Richmond. Wicks worked for the Obama Administration, and her mailings include multiple photos of her with Barack Obama (Wicks also posted a photo on Twitter with Michelle). Wicks is also backed by Richmond Mayor Tom Butt, who opposed rent control and is the RPA’s moderate rival.

The Beckles-Wicks race is a throwback to the rivalry between Berkeley Citizens Action and the Berkeley Democratic Club in the 1970’s and 1980’s. While at the time outsiders claimed that these warring Democratic Party factions had far more in common than in disagreement, that’s not how those of us involved saw it.

Then, the chief dividing issues between Berkeley’s two political factions a was rent control. And that remains a signature difference between Beckles, who supports Prop 10 and its repeal of Costa-Hawkins and Wicks, who does not.

Beckles, a Richmond City Councilmember, also comes from a tradition of local activists rising through the ranks by pursuing successive higher offices. Wicks has been a political organizer for years but this is her first run for office.

The Power of Endorsements

Both candidates face a challenge: most of the East Bay electorate barely knew current Assemblymember Tony Thurmond and were unfamiliar with Beckles and Wicks until this year’s campaign. It’s a far cry from San Francisco’s most recent contested Assembly race between David Chiu and David Campos, where voters had years to get to know both as supervisors.

The electorate is also overwhelmingly focused on national rather than state legislative politics. The New York Times is likely the district’s most widely delivered daily newspaper. San Francisco has a much higher profile local political operation.

When voters do not know the candidates, endorsements are at a premium. Wicks’ campaign literature routinely highlights her backing from Barack Obama,  Kamala Harris and Gavin Newsom. A recent piece was entirely filled with photos of Wicks with prominent endorsers,the message being that Wicks has “earned the trust of local, state and national progressive leaders.” Wicks’ plan is to win voters who do not closely follow local and state politics but trust Obama and Harris, which a lot of AD 15 voters do.

In contrast, Beckles focuses on her backing from key progressive unions, the Sierra Club and all of the other top candidates she beat out in the June primary. She also focuses on her legislative record battling Chevron for cleaner air, backing Medicare for All, and working to block foreclosures in Richmond.

After Wicks finished far ahead in the primary, I thought her huge fundraising advantage, key endorsements, and tireless organizing (she has had over 200 house meetings) would carry her to victory. But three factors have changed my assessment of this race to being a toss-up.

First, Beckles is raising enough money to win from her labor and progressive backers.

Second, that former rivals Dan Kalb, Judy Appel, Rochelle Pardue-Okimoto, and Andy Katz have all endorsed Beckles seems important to me. All have loyal supporters likely to go with their favored primary candidates’ general election choice, which in each case is Beckles.

Third, and perhaps most importantly, Beckles will be helped by the fact that AD 15 voters focused on national politics are likely caught up in the fervor to elect African Americans Stacey Abrams and Andrew Gillum Governors of Georgia and Florida, respectively. This is a district that elected African American Tony Thurmond amidst a similar large field, and which elected Ron Dellums to Congress when this was the only non-black majority district in the country to elect an African American.

These are two astutely run campaigns  run by people who know how to win. Both have huge volunteer bases that will be on the phones and knocking on doors until 8pm on Election Day.

A Beckles victory adds momentum for a Bernie Sanders-type progressive to mount a strong campaign for the Democratic presidential nomination in 2020. And while a Wicks victory would not discourage this, if Jovanka Beckles cannot win in this progressive district it will be even tougher for such a Democrat to win presidential primaries elsewhere.

Randy Shaw is Editor of Beyond Chron. His new book, Generation Priced Out: Who Gets to Live in the New Urban America, is now available for pre-order.