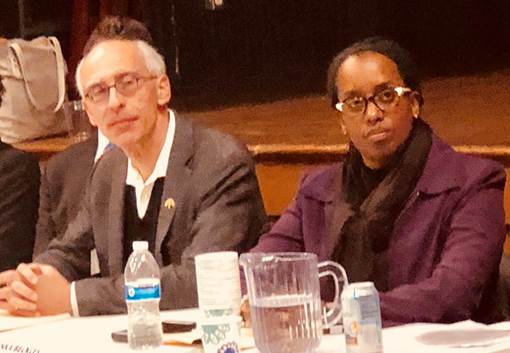 (Ed Note: The original version of this story projected a Beckles victory which has since been confirmed)

If you think ranked choice voting is to blame for San Francisco’s lengthy mayoral vote count, take a look at the far worse situation without RCV in Contra Costa and Alameda Counties. In a tight race where Jovanka Beckles and Dan Kalb have gone back and forth taking the lead, Contra Costa County will not count its provisional ballots until next week.

It may not matter.

As of last night, Beckles used the most recent count to go from 700 down to 295 ahead. Ken Paff, the longtime Teamsters for a Democratic Union organizer who is my intermediary for understanding the numbers in this race, believes that Alameda County counting is over and that only Contra Costa provisionals remain. If he and other observers I heard from are correct, Beckles has won the race for the runoff.

The entire vote counting process has been shredded in far greater secrecy than we saw in San Francisco. Contra Costa made no daily announcements of the count on Monday or Tuesday, while Alameda has proceeded.

I had predicted a tight race between Kalb and Judy Appel for the second spot. I felt that Beckles would lose too many Contra Costa votes to the California Nurses Association backed candidate, El Cerrito councilmember Rochelle Pardue-Okimoto.

I was very happy to be wrong. Beckles, the most outspoken candidate in the race for the repeal of Costa-Hawkins, overcame her Contra Costa rival and the lack of major funding to go down to the wire with Kalb.