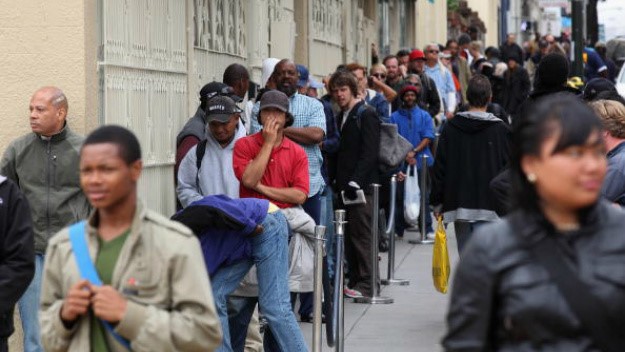 In a March 2019 Bay Area News Group poll,  7 in 10 respondents cited “the high cost of housing and living, traffic congestion and homelessness” as the region’s top problems.” 83% cited housing costs as a “extremely serious or serious” concern. But it seems those selecting authors for this weekend’s Bay Area Book Festival did not find the housing affordability crisis serious enough.

Rather, they picked 250 authors and not a single one wrote about the biggest Bay Area problem: housing. What does that tell us about this Book Festival’s connection to the real world?

I have to wonder if those selecting books for the Book Festival  are experiencing housing problems. Or know someone who is. I wonder because they found room for a panel on astrology but not on housing. I could understand this for the Santa Fe or Jackson Hole Book Festival but not for the Bay Area. A region where a majority of current residents are considering leaving due to high housing costs.

Could well-housed boomers have made the call on rejecting any housing books? Even well paid millennnials face huge rent payments and have friends who are struggling. I have found a “generational divide” over housing in virtually every progressive city and the Bay Area reflects this as much as anywhere.

Boomers dominate opposition testimony to new housing in Berkeley. In contrast, millennials and even younger students are typically on the pro-housing side. That’s what happens when one generation owns houses that rise astronomically in value by artificially restricting supply while younger generations are stuck paying these higher costs, and increasingly finds itself priced out.

Any author appreciates the publicity generated by participating in book festivals. I was disappointed when my book, Generation Priced Out: Who Gets to Live in the New Urban America, was not selected for my hometown festival. The book discusses strategies for expanding working and middle-class housing politics in San Francisco, Oakland, Berkeley and several other “blue” cities. As noted in the Introduction, Oakland’s December 2016 Ghost Ship fire motivated my writing.

I was invited to both the Texas and Los Angeles Book Festivals. I live and work in the Bay Area. My publisher is Oakland-based University of California Press. I obviously wish I had been included. But what troubles me most is that excluding any housing book from the Bay Area Book Festival ignores a critical Bay Area issue.

The Festival could have included books like Jessica Trounstine’s Segregation by Design: Local Politics and Inequality in American Cities (she and I did an event together in Bernal Heights) Samuel Stein’s Capital City: Gentrification and the Real Estate State, Alain Bertaud’s Order without Design: How Markets Shape Cities or Alan Mallach’s The Divided City: Poverty and Prosperity in Urban America.

And there are others.

Excluding housing from the event means that the thousands of attendees won’t be spending any time hearing about the housing crisis in their own backyard or about the solutions I and other authors detail in our books. They will not hear stories of teachers living in cars and service workers having to commute from Sacramento due to exclusionary zoning laws that “progressive” Berkeley, Oakland and San Francisco still maintain.

I’ll be speaking about such issues in Richmond this Saturday, May 4 from 4pm-6pm at the Bobby Bowens Progressive Center, 2540 Macdonald Ave. The event is sponsored by ACCE, Communities for a Better Environment, the Richmond Progressive Alliance, EBHO, Women in Politics and the Haas Institute.

I look forward to discussing what Bay Area cities can do to maintain and expand housing for the working and middle-class. It’s a dialogue that will not be happening in any panel at the Bay Area Book Festival.

Randy Shaw is Editor of Beyond Chron and Director of the Tenderloin Housing Clinic. He is the author of six books, including Generation Priced Out: Who Gets to Live in the New Urban America