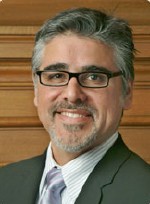 The City of San Francisco moves between $10 billion and $12 billion, through 133 bank accounts, in roughly five million transactions, every year. It’s not something that often gets discussed, but municipal governments bank and invest their financial resources like any other large entity. The social and fiscal implications of where this particular city chooses to take its business were under lengthy discussion in Room 250 on Monday, as the Board of Supervisors City Operations and Neighborhood Services Committee convened under the gavel of committee chair and District 11 Supervisor John Avalos.

Supervisor Avalos opened the proceedings by discussing his ambitions to create a public city bank in San Francisco, citing the recent efforts of 14 states around the U.S. To introduce legislation on creating such institutions, as well as the success of the only public bank in the nation, the Bank of North Dakota. Public banking advocates point to BND has having helped the state achieve a nationwide low in unemployment (3.2%) and the only budget surplus in the country, all during a significant recession. BND reported a seventh consecutive year of record-breaking growth in April of this year, tallying profits over $60 billion, about half of which goes into the state’s general fund each year. Avalos referenced the worldwide Occupy movement as evidence of growing dissatisfaction with large financial institutions, and indicated that it was time for San Francisco to let its banking choices accurately reflect its values.

The first speaker called to the podium to talk about the issue was Treasurer José Cisneros. Cisneros was on hand to discuss the current state of municipal money management. Cisneros explained that by state law, cities were required to prioritize security, liquidity, and yield, in that order, in making investment decisions. As a result of these and other considerations, the city banks primarily with Bank of America, Wells Fargo, and Union Bank. Cisneros indicated that not all is well with these relationships, pointing out that of the $2.7 million the city pays for banking services, nearly 2/3 consists of transaction fees that smaller banks and credit unions would not impose, and believes that the City could easily drive the cost of doing banking business below a million dollars annually.

Cisneros also made it clear that he was on board with the call from Supervisor Avalos to have the City make more socially responsible choices with respect to banking, pointing to a long history in the Treasury of making such choices. Specifically, he recalled numerous anti-predatory lending actions, and the Bank on San Francisco program, which works with about 75% of the banks in the city, including all of the major ones and most of the credit unions, to ensure that services with friendlier terms are provided to populations generally underserved by the financial sector.

With respect to the public banking idea, Cisneros was amenable to it, but cautious, due to concerns about the security of funds, although the record does not show this has been a problem for the Bank of North Dakota in over 90 years of operation. When asked why the City banks with the institutions it does, Cisneros said that it’s largely because that’s where the historical relationships lie, but with the costs of doing business at these institutions rising, and numerous activist groups calling for reconsideration of the City’s banking choices, his department is happy to look at other institutions. He cautioned that, at smaller institutions, it would not be considered a safe investment to keep more than $250,000, the FDIC limit, in deposit, but did not explain why it was a safe investment to keep much more than that at Bank of America, which has repeatedly been discussed as possibly the next bank due for a collapse in recent months.

When the Budget and Legislative Analyst Office presented its report on various banking and community development options, and recommendations on how to proceed with each option, one key hurdle to the public bank idea was presented: it’s not allowed under state law. A change at the state level would be required. It’s presently unclear as to how successful an attempt to effect such a change might be, as Governor Jerry Brown recently vetoed a law aimed at exploring a statewide public bank, asking the legislature to use existing resources to do this exploration instead of forming a new Blue Ribbon Committee.

After the report, comment was opened to the public. Housing activists revealed that the City currently banks with some of the worst offenders in terms of foreclosure prevention and other housing practices, and that major banks openly flout tenant protection laws. Even other big banks that the City doesn’t bank with, such as Chase, were called out, as activists emphasized the need for the City to bank with smaller institutions, credit unions, and ultimately, a public bank.

Michele Chan, a director at Friends of the Earth who has worked on sustainable banking for over 15 years, called attention to Wells Fargo’s abysmal environmental record, noting that the bank has provided money for several years to exploit Albertan ecosystems for very dirty and toxic sources of crude oil known as tar sands, which have deleterious effects on ecosystems in almost every way and at almost every level. Chan and David Taylor, of Rainforest Action, also noted that Union Bank and Bank of America have been major supporters of the coal industry. Taylor pointed to B of A has having a more significant interest in coal than that of any other bank.

Other public comments ranged from a condemnation of Wells Fargo’s decision to unilaterally abandon a union contract with UNITE HERE workers when it took over ownership of the Hotel Frank, to a discussion of Wells Fargo’s choice to partner closely with, and invest heavily in, the Geo Group, a private detention company which has lobbied hard for more draconian anti-immigration measures. Public comment was unanimously against large banks, although there was little discussion of a public banking solution, ostensibly the reason for calling the meeting.