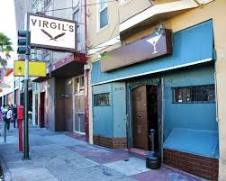 In the past, it was racists and homophobes who attacked newcomers to San Francisco. Today, anti-tech activists are promoting a new nativism, charging incoming tech workers with undermining the city’s traditional values.

Supervisor David Campos held a meeting between tech workers and some of their critics last week. Reports on the event were illuminating.

A tech critic told the crowd “that the people who give San Francisco its character – think murals, street festivals and the city’s progressive roots – are being forced out due to the booming tech economy.” Meanwhile, a tech worker “was heckled by a woman in the crowd who accused him of not having lived in San Francisco long enough.”

Of course, anti-tech activists have no idea whether individual tech workers support mural, street festivals and the like. But stereotyping people based on a particular group membership, and charging newcomers with promoting values alien to the indigenous culture, is what nativism is all about.

The claim that newcomers to San Francisco do not share the city’s cultural values, and are replacing residents who do, is not a new concept. Straight residents of the Castro raised such claims when gays began moving into the neighborhood in the late 1970’s and early 1980’s.

In fact, there is a remarkable similarity between the media promoting stories about conflicts between newly arriving gays and longtime city residents in the 70’s and 80’s and the division it is now sows around tech workers. In both cases, existing residents blame new arrivals for forcing up rental prices, promoting evictions, and bringing a set of values alien to those of San Francisco.

Progressives in the 1970’s and 80’s saw the gay influx as a boon to San Francisco. They charged the media with unfairly pitting incoming and existing tenants against each other instead of highlighting how both were victims of real estate speculators.

The gay and lesbian migration to San Francisco did create rising housing demand and a corresponding increase in rents. This was particularly true in the Castro, Duboce Triangle, Noe Valley and Western Addition starting in the late 1970’s. But progressives never suggested—as some are now doing with tech workers—that new arrivals get out of town and those who have not yet arrived find another city in which to live.

And while progressives were less engaged with defending Chinese-Americans charged with “taking over” the Richmond—just recall the furor over some labeling that neighborhood the “new Chinatown”— progressives strongly opposed residents of the historically Irish-American Mission District who complained that a major influx of Latino immigrants in the 1970’s and 1980’s was changing the neighborhood for the worse.

With the exception of Chinese immigrants arriving in the 19th and early 20th Century, San Francisco progressives have always been on the side of the newcomer. As the city’s demographics changed dramatically since the 1960’s, progressives have never seen those moving to the city as threatening San Francisco’s historic “character.”

Even during the dot-com boom of the 1990’s, activists’ chief focus was on Planning Department and Commission rulings allowing dot-coms to violate local zoning laws, rather than on bashing tech workers themselves.

Yet today we have progressives demanding proof of longevity from tech workers as some sort of entrance test for their commitment to “San Francisco values.”

It’s the new nativism. A fear that outside forces are bringing alien values to the city’s traditions and culture. And the irony is that since San Francisco was 82% white in 1960 and still 57% white in 1970, the city’s current multicultural majority would not exist had anti-tech activists’ drawbridge mentality prevailed.

Anti-tech activists see it differently. They feel that attacking the latest newcomers is permissible because it is based on their economic class, rather than on race, ethnicity or sexual orientation.

But those blaming gays for rising rents in the 1980’s also said it was all about the newcomers’ higher incomes, and not their sexual orientation. If today’s anti-tech activists sought to bar all high-earners from coming to the city, they would not ignore thousands of non-tech newcomers with well-paid jobs.

The Missing “War “on Attorneys and Doctors

For example, I’ve yet to see a protest against the city’s many under-30-year old first year attorneys earning starting salaries of $120,000– $160,000. That’s nearly double the salary of a new tech associate, so why aren’t the city’s huge number of attorneys blamed for evictions and rising rents?

Similarly, we have a hospital building boom going on in San Francisco and that means more high-paid doctors and medical staff. Yet anti-tech activists did not protest UCSF’s opening a new campus at Mission Bay, which has done far more to “gentrify” surrounding areas than Twitter’s arrival in Mid-Market. Doctors make even more money than attorneys, yet those attacking tech workers are not holding confabs over how the increase in highly paid medical employees is increasing rents and evictions.

There is no “war” on attorneys, doctors, stock traders, accountants, or the many other highly-paid professionals working and living in San Francisco. This says to me that the war on tech workers—as opposed to tech companies or policies— is not really a “class war.” Rather, it is about one group of predominately white people complaining about a similar demographic group that likes many of the same restaurants, bars, street festivals, and Samba classes that they do—but who makes more money.

A City of Newcomers

San Francisco’s rich history is a product of its acceptance of newcomers. Next to its striking beauty, it is probably the single biggest factor in the city’s greatness.

San Francisco is the great home for the immigrant. It is a city, unlike Boston, for example, which elects mayors who were neither born nor raised here. In San Francisco you don’t need old-line family connections to achieve success, as it is a place where ability and skill matters.

Supervisor David Campos, who convened the meeting to bring dialogue between tech workers and their critics, arrived in the United States from Guatemala at 14 and grew up in Los Angeles. Mayor Lee grew up in Seattle. Gavin Newsom was raised in Marin, Willie Brown in Mineola, Texas, and Art Agnos in Massachusetts, where Supervisor David Chiu also grew up, Assemblymember Tom Ammiano is from New Jersey, State Senator Mark Leno grew up in Wisconsin, Aaron Peskin is from Berkeley, and Supervisor Jane Kim is from New York City.

I don’t think there is another major city in the United States whose core political leadership has consistently come from outside the city. And that is the genius of San Francisco.

San Francisco’s open door policy to newcomers has made it among the most desirable places to live and work, and the nation’s most politically progressive city. Tech workers are part of this tradition, and San Francisco is fortunate to have them.

Randy Shaw is Editor of Beyond Chron. He grew up in Los Angeles. His new book is, The Activist’s Handbook, 2nd ed.: Winning Social Change in the 21st Century