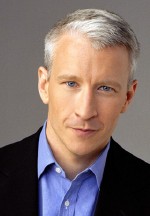 I rarely watch CNN’s Anderson Cooper, but happened to catch his January 27 lead story on Obama’s economic stimulus package. Cooper noted that the package included spending for such as increased social security disability payments and food stamps that were helpful to people facing tough times, but did not qualify as “stimulus.” Cooper then turned to CNN’s economic expert, who reaffirmed Cooper’s position that putting money into the hands of low-income people should not qualify as “stimulus.” Really? Here’s how the New York Times assessed the stimulative impact of such proposals.

First of all, the package really is stimulus. It will quickly give money to the people who have been hardest hit by the recession and who, not coincidentally, will be most likely to spend that money soon.

Is it possible that Cooper and the CNN economics expert (I believe it was Ali Velshi but could be wrong) really do not understand the that increased food stamps means more spending on food, which stimulates production of food products and generates business for supermarkets and all those connected to the food industry?

Or that low-income people are widely viewed as the group most likely to quickly spend their new money in local economies, creating a stimulative impact?

A more likely answer is that Cooper and CNN are seeking the middle ground between FOX News and MSNBC. Questioning the stimulus impact of aid to the poor, while acknowledging that people do need help, is CNN’s attempt to stake out a position between the two political parties.

But for the most part, CNN’s attempt to take a “no bull” and “nonpartisan” approach assumes Republican premises about wasteful government spending and the glories of tax cuts and the private sector. No wonder Obama backers continue to move to MSNBC in droves.