AFL-CIO Should Be in Ferguson 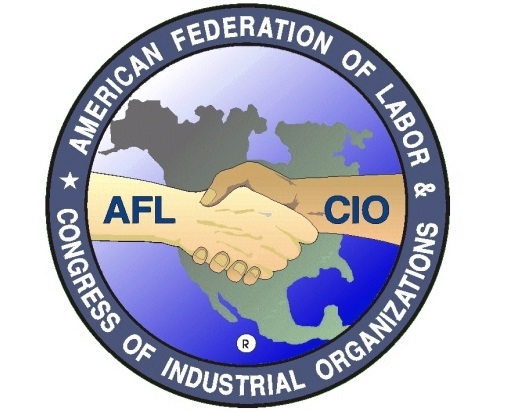 The weakness of organized labor is often attributed to its low numbers and they are low for sure. For example, AFL-CIO membership remained stagnant this year at 12.5 million even with the whopping addition last year of 1.3 million UFCW food and commercial workers.

Nonetheless, I believe the falling numbers are more a reflection than an explanation of labor’s decline. Therefore, I do not agree with the prevailing opinion that spending more money on organizing will turn everything around.

Our biggest problems are political, not organizational.

Put another way, corporate power looms large because unions are seriously disconnected from the social aspirations of the majority of working class women and people of color who strive for equality, justice and fair play that cannot be measured or satisfied solely by the size of a paycheck.

It’s been this way for some time but nowhere is this wide gulf more vivid and more tragic than in the AFL-CIO’s spineless reaction to the police murder of yet another young, unarmed African American.

The national Federation issued a very cautiously worded statement of half a dozen sentences even as 18-year old Michael Brown’s grieving family sharply characterized his shooting as an assassination.

This comes on the heels of the AFL-CIO’s anemic and lame “take action” recommendations released last year on the 50th anniversary of the 1963 civil rights March on Washington. The Federation’s bold action plan was to organize a “national symposium,” a “scholarship fund” and support for “teaching staff” to educate young people.

This is embarrassing. My multi-vitamins pack more of a wallop.

In bold contrast to sleeping-pill prescriptions issued from AFL-CIO headquarters, solidarity protests against the police murder of Michael Brown were hastily organized by outraged citizens throughout the country.

Unfortunately, this isn’t the first time labor sat on the sidelines when the African American community was under attack.

It happens time and time again even as there is arguably an epidemic of police murders of Black men and women, something becoming abundantly apparent to many but seemingly unworthy of action by our key labor leaders.

The Aug. 15 edition of The Nation notes that Black people being murdered by police was not unique to Ferguson, nor “to Sanford or Jacksonville; nor to Staten Island; Beavercreek, Ohio; Dearborn Heights, Michigan; Pasadena, California; or any of the other cities” that could have been added.

In fact, one study backs up with photos and source material from 2012 the needless murder every 28 hours of an unarmed Black person by a cop, security officer or vigilante like George Zimmerman.

Nonetheless, despite their needs being chronically ignored, the Black population of 45 million continually poll as the country’s most consistent and biggest union supporters.

Why Is Support A One-Way Street?

There is a long history to the wide racial gulf between the Black community and labor. Seminal historian W.E.B. De Bois documented in 1902 that 43 national unions had no black members with another 27 barring Black apprentices, thereby keeping their inclusion to a minimum.

Things got better with the formation of the CIO labor federation in the 1930s if only because organizing the large steel and auto plants would have been impossible without opening the doors of membership to Black workers.

As in other basic industries where Black workers were shut out, they were often used as scabs by dock employers. But radical Harry Bridges’ ILWU promised these workers equal access if the union succeeded in winning one of its main strike demands for a union-controlled hiring hall.

As a result, Blacks joined the picket lines instead of crossing them.

In subsequent years, the ILWU became the most powerful example of how social solidarity strengthens a union. By 1945, Black membership in the CIO reached 500,000.

But then, further progress on uniting all sections of the working class for common goals came to a screeching halt.

The now united AFL-CIO abandoned their much-heralded “Southern Strategy” of organizing the South because they refused to challenge the entrenched Jim Crow discrimination against Blacks which, by the way, was enforced at the time by labor’s Democratic Party allies.

Just as the massive growth spurt of the CIO in the 1930s demonstrated the power of uniting social and economic justice objectives, so too did the absence in the 1950s of such a unifying formula doom the southern organizing strategy.

The task of organizing the South was halted for reactionary political reasons but it is once again being talked about today by unions desperate for growth.

However, until and unless American labor learns from our mixed past and accepts the political challenges of championing social and civil rights in this country, both our membership and principles will languish on the lowly bottom.

We are not dividing our membership by strongly addressing issues of racism. On the contrary, division already exists. Unity of the white working class with the majority of women and people of color in this country can only be achieved on the basis of supporting and defending common social and economic rights.

Continuing to ignore harsh realities of racist discrimination will only continue our separation.

The picture is not totally bleak. There are some positive steps being taken.

All these efforts place our unions on the side of sealing the social divide in our country.

But, as in the case of the AFL-CIO’s attitude toward the killing of Michael Brown, one wonders if lofty words will be translated into down to earth effective actions.

At a time when the overwhelming majority of working people have no contact with unions, it is imperative that we go to them – as partners in the combined struggle for economic and social rights.

Nowhere is this more true than in the besieged Black community where our natural and most loyal allies await our arrival.

Carl Finamore is former president (ret) and current Local Lodge 1781, IAMAW, delegate to the San Francisco Labor Council, AFL-CIO. He can be reached at local1781@yahoo.com