ADA Turns 21: Still Much Left To Do 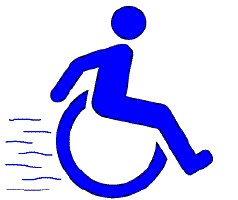 July 26 marks the 21st anniversary of the Americans with Disabilities Act – the comprehensive civil rights law designed to ensure the full integration of people with disabilities into all aspects of American life. Has the law fulfilled its promise to this country’s disabled citizens? Yes and No.

Thanks to Advocacy, the ADA has Changed Lives

In 2011 an architect wouldn’t think of building a public building without a wheelchair accessible entrance. And it’s rare to see a commercial parking lot without disabled spaces. New stadiums really do have seats from which wheelchair riders can see the action. Accessible bathrooms are no longer scarce and curb cuts are not a rarity. For this and more, we can thank the ADA and the people with disabilities and their organizations who daily work to make its promise a reality.

There are other examples too:

• Thanks to the ADA — and the on-going and effective advocacy that gives it life — more and more hospitals offer interpreters for deaf and hard of hearing patients and family members. Successful ADA lawsuits have shown that the inability to hear does not mean a person is not well qualified for a host of previously unavailable jobs. The rights of deaf and hard-of-hearing individuals in the criminal justice system are more often – though sadly not always – respected and understood.

• For the blind community, the ADA’s promise of “effective communication” coupled with strategic advocacy efforts, has brought about significant quality of life enhancements. ATMs talk. Pedestrian signals provide audible information. Websites – though far far from enough – are designed with accessibility in mind. Financial information is available in Braille and Large Print. Blind workers have the law on their side when fighting for accessible tools to do their jobs. Blind students can (when the law is followed) can compete with their peers on a level playing field, and service animals are (mostly but not always) accepted in business establishments.

• The ADA gave Illinois advocates and their lawyers the tools to expand community living options for people with developmental disabilities in their state. And the law, with its integration mandate, gives advocates across the country the tools to protect individuals with disabilities against forced institutionalization.

Fortunately, this list could go on and on. In the twenty-one years since the Americans with Disabilities Act was enacted, in thousands of ways both large and small, the United States has become a more welcoming place for people with disabilities. Yet despite so many success stories, there are far too many tales of exclusion. Despite significant instances of integration, there are still examples of isolation. The ADA has been around for twenty-one years, but its job is far from over.

Despite Advocacy, Much Left to Do

Unfortunately, there are still many ways in which the promise of the ADA remains unfulfilled. Many of us will be writing ADA anniversary pieces today, and most of those pieces will have list of things — too many things — that are still left to do. Here is mine.

Unemployment of People with Disabilities is Unacceptably High

I know many people with visual impairments who are the talented individuals behind those statistics. The Americans with Disabilities Act was supposed to tear down the barriers that prevent people with disabilities from finding meaningful work. It has not succeeded.

Too Many “Do Not Enter” Signs on the Information Highway

In 1990, when the ADA was enacted, the Internet as we know it today was in its nascent stages. Yet the ADA’s broad and flexible language easily requires accessible websites. After all, a public website provides services, programs, benefits and information to the public, and the ADA is supposed to ensure that such services and information are available to people with disabilities. We would not tolerate “do not enter signs” in front of a public building. Why are they tolerated on the information highway?

Despite the ADA’s potential, in 2011 far too many websites are not designed or maintained according to internationally recognized standards that ensure accessibility and inclusion. Too many web designers ply their trade without considering accessibility standards. Far too many entities both large and small, public and private, fail to give web accessibility — also known as web inclusion — the attention (and resources) the law mandates. While kudos are due to entities who have taken web accessibility seriously, the millions of inaccessible web pages in the internet are a clarion call for further ADA action.

Technology Gives … and Takes Away

In the twenty-one years since the ADA was enacted, the availability of personal technology has exploded, raining both blessings and curses on the disability community. The Apple iPhone comes with speech output and accessible controls, providing a stellar example of a truly accessible mainstream product. Yet at the same time, more and more services are being delivered by ADA covered entities through inaccessible technology. Flat screen kiosks, for example, now proliferate in retail, healthcare, and education.

Twenty-one years after passage of the ADA, how can engineers still be designing products that are not usable by people with disabilities? How can focus and usability groups not include people who are blind, deaf, or have mobility impairments? And how can public and private entities covered by the ADA provide technology without thinking of the impact on disabled customers, students, patients, and members of the public? The ADA prevents discrimination, and what could be a more flagrant example of discrimination than providing services and programs that people with disabilities cannot take advantage of because of inaccessible technology. Another area where the ADA is not living up to its potential.

The Federal Government Takes too Long to Implement Regulations

While the ADA is a far-reaching and flexible law, it depends on federal agencies — primarily the Department of Justice — to issue regulations that provide consistency and a way to measure compliance. Unfortunately, 21 years after passage of the ADA, there is still far too much delay in getting regulations out. State and local governments have been covered by the ADA since 1990, yet proposed (not final) regulations on public rights-of-way are just now being issued. Beginning in 1999, advocacy efforts have resulted in tends of thousands of Talking ATMs being installed across the United States, yet Talking ATM regulations were not finalized until September of 2010, and are not fully operational until March, 2012.

And most recently — and perhaps most disappointingly — the Department of Justice quietly announced that it was delaying its web accessibility regulations until 2013 at the earliest.

The Americans with Disabilities Act has had a strong non-discrimination mandate since its inception. Equality of services and effective communication have been required from the outset. That means that the ADA, and the details in the law and original regulations, already mandate Talking ATMs, accessible websites, audio description and captioning for movies, and public rights of way with curb ramps, audible pedestrian signals and other accessibility features. If the Department of Justice, the Access Board and other federal agencies are going to issue regulations, give the ADA a birthday present and start doing so in a timely manner.

The recent pattern of delay by federal agencies issuing regulations is unfair to advocates and to industry and undermines the strength of a truly amazing law. Happy Birthday ADA.

Lainey Feingold is a disability rights lawyer in Berkeley California. She can be reached through her website at http://lflegal.com or can be followed on Twitter at http://twitter.com/lflegal