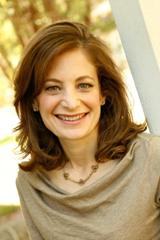 How do you get kids to eat healthy in an environment where they are offered junk food at every turn, including at school? Ask Houston’s Bettina Elias Siegel, the brains behind The Lunch Tray, a popular and highly respected blog about kids and food with a following of thousands of fans. Among Lunch Tray readers are school nutrition directors, cafeteria workers, healthcare professionals, dietitians, nutritionists, cookbook authors, and fellow food and kid bloggers, as well as plenty of parents happy to share their own experiences.

The Lunch Tray community showed its muscle a year ago when Bettina wrote about lean finely textured beef, aka LFTB, or ‘pink slime’; as an afterthought, she attached a link to a petition at Change.org. The petition, asking the USDA to cease procuring for schools ground beef that contained LFTB, quickly garnered more than a quarter million signatures. Within nine days of launching the petition, the USDA changed its policy and allowed schools for the first time to choose whether they wanted ground beef with or without LFTB; now only three states in the country continue to choose LFTB ground beef.

Other controversial issues like the lack of limits around classroom treats (Texas is home to the famous “Safe Cupcake Amendment“), whether chocolate milk should be available in school cafeterias, and how best to deal with picky eaters, have all generated much discussion at The Lunch Tray.

A graduate of Harvard Law School, Bettina traded a career in intellectual property and advertising law for fulltime motherhood after her children were born. A writing workshop for stay-at-home moms led to a new career in writing, and in 2010, she started The Lunch Tray as a way of merging her writing with her daily experiences with kids and food.

During a recent trip to Houston, I met Bettina and her charming husband for breakfast, and she talked about her work, including the challenges of trying to improve food in the nation’s 7th largest school district, why she calls herself “a reluctant school food advocate”, and what changes in the food environment she thinks parents can reasonably hope to accomplish.

What issues most concern your readers?

My readership is made up, for the most part, of parents who care about feeding their children well, but who often find that a challenging task in today’s food environment. Issues that concern them include: the influx of junk food into every aspect of a child’s day, from the “soccer snack” of Oreos and juice, to the classroom candy reward; the quality of school food and how to improve it; figuring out how to teach children to navigate today’s food environment; and then just practical things like how to get family dinner on the table every night, or coming up with healthful snack or lunch box ideas.

Did you make a conscious decision at some point to get into school food reform advocacy, or did you just naturally evolve into it?

I was actually a very reluctant school food advocate! When I first learned that HISD was forming a parent advisory committee for Food Services, all I did was tell our PTO president so she could find someone else to join it. Even though I care very much about nutrition and feeding kids well, my own kids weren’t eating the school food, so I felt it wasn’t my place to offer my thoughts about it. Then it was pointed out to me that if the food were improved, I would likely want my kids to eat it, and so I agreed to join the committee.

Just at this time, HISD was rolling out its breakfast in the classroom program, which initially was very controversial. I’d just read Janet Poppendieck’s excellent book on school food, Free for All: Fixing School Food in America, and had learned a tremendous amount about the federal lunch and breakfast programs. This knowledge, coupled with my participation on this district committee, meant that suddenly I was able to answer a lot of parents’ questions about the breakfast program and about our school lunches.

Then, in a bit of serendipity, I was asked to write a guest post about the breakfast program for another person’s blog, something I’d never done before. After working for years on print magazine stories, which are often heavily edited and can take months to appear on the newsstand, it was so exhilarating as a writer to hit the “send” button and be in immediate contact with my readers. I just loved it. All of these things came together in the course two months or so, and that’s what led me to start The Lunch Tray.

You have two children in the public school system (son in 5th grade, daughter in 8th), so the school food issue touches your family directly every day. Do you think that there are aspects of the school food situation that those who are not public school parents (ie – those who home school, have kids in private/parochial school, or are childless) miss?

First, I do need to clarify that except for the occasional a la carte item, my kids don’t eat school meals. That’s not because I don’t want them to, although I do have some continuing concerns about the food. They just prefer home-packed lunches and I’m glad (well, not always glad at 7 am!) to provide them.

That said, there are some unique and important factors that affect school food reform in public school. First, there’s the central issue of money. Public schools are working with around one dollar per kid for a school food meal (after overhead) and people outside the public school system don’t always understand how hard it is to “fix” school food with such limited resources.

Second, few private schools are as diverse as most public schools, particularly in a large urban district like mine. HISD has 279 schools reaching over 200,000 kids, and more than 80% of them qualify for free or reduced price school meals. Our students come from a variety of ethnic and cultural backgrounds, and while that diversity is a great asset, it has an impact on school food reform.

For example, about three years ago the district tried to introduce hot oatmeal as a breakfast option. The feedback was negative and it turned out (at least according to my contact at Food Services) that oatmeal is rarely eaten among the Hispanic families who make up the majority of our district. Or there are kids who come from “food deserts” and don’t often encounter at home the fresh fruit HISD would love them to try. Those sorts of cultural and socioeconomic differences are real and need to be taken into account.

Similarly, when it comes to sugary treats and rewards in the classroom, or the sale of junk food by student groups and PTAs, it drives me a little crazy when a parent at a small private school says, “What’s the big deal? We just got together and asked the principal to put a stop to it, and she was glad for our feedback and acted on it right away!” Well, maybe that’s because your school is small, self-selecting and the majority of parents share your higher socioeconomic status and overall outlook on nutrition.

In public school, you’re often dealing with parents – and administrators – from vastly different backgrounds and with widely varying levels of nutrition education. It can be much harder to form a parent coalition or to get a sympathetic ear from a teacher or principal. And a private school is less likely to be as cash-strapped as a public school, which is often the very reason public school principals turn a blind eye to junk food fundraising.

I don’t mean to imply that these issues are always easily solved in private school, of course, but I do think it’s a much easier road.

You are halfway through your time as a public school parent; what would you most like to see changed by the time you are done?

This spring marked my third anniversary of serving on the HISD Food Services Parent Advisory Committee and my second year of serving on our School Health Advisory Council (SHAC). A lot has changed in that time period.

When I first got involved, the district was serving items like animal crackers and Trix yogurt at breakfast and the lunch menus were sorely in need of an overhaul. Now we have an improved school meal menu, one that anticipated almost all of the changes required by the Healthy, Hunger-Free Kids Act, well before those new regulations were issued. And the people running our food program tell us they’re committed to further improving the food and overall student health.

Meanwhile, the SHAC is currently updating the district’s Wellness Policy for the first time in several years. I believe this forward-thinking policy, once adopted by our school board, could serve as a model for other districts around the country.

So all of this leaves me feeling quite hopeful. But in the remaining time I have left as a parent in this district, I do hope we can see improvements in three areas. First, I’d like to see more true scratch cooking coming out of HISD’s $51 million, state-of-the-art central kitchen. There’s still a lot of highly processed food being served to our kids and I’m not sure why that’s the case.

Second, student and parent groups regularly sell junk food on campus in violation of existing state law (and soon also in violation of the new federal competitive food regulations.) Yet cash-deprived principals often do nothing to enforce those rules, putting fundraising ahead of student health.

Third, I’d like to see my district wean itself off a la carte (“snack bar”) food sales. Even if those foods eventually improve in nutritional quality, as I’m hopeful they will, I still believe there shouldn’t be a two-tier system in the cafeteria, one in which kids with money can get the “cool” snack bar food while kids dependent on federal reimbursement would sometimes rather go hungry than be seen in the “uncool” lunch line.

What advice would you give to a parent just starting out trying to fix the food at their child’s school?

I almost think that anyone wanting to “fix” their school food should first be legally required to read Free for All (which I mentioned earlier) from cover to cover. It’s the most comprehensive, readable source I’ve found to get a novice up to speed on the National School Lunch Program.

After reading it, you’ll have a much better understanding of the very real challenges your district faces in trying to serve better food. And while that knowledge shouldn’t dissuade you from still trying to improve things, it will make you a team player with your food services department, rather than an uniformed critic whose views are easily discounted.

What one thing do you try to teach your own kids about food?

There are parents who instruct their children to never eat highly processed food and who never serve it in the home. That’s an admirable approach but not one that’s easy to sustain, given how often kids are offered junk food during their typical day. I also worry that some of those kids – not all, certainly, but some – will be drawn to the taboo when their parents aren’t around.

I try to walk a fine line, letting my kids partake of those foods on occasion while showing them every day that whole foods should form the majority of one’s diet. So if they had a pastry at a restaurant breakfast, I might remind them of that in the evening when I say no to dessert – that sort of thing. My kids are now pre-teen and teenaged, so they’re rapidly gaining more independence over what they eat. Only time will tell if my lessons have taken hold!