A Problem Bigger Than Sid Miller 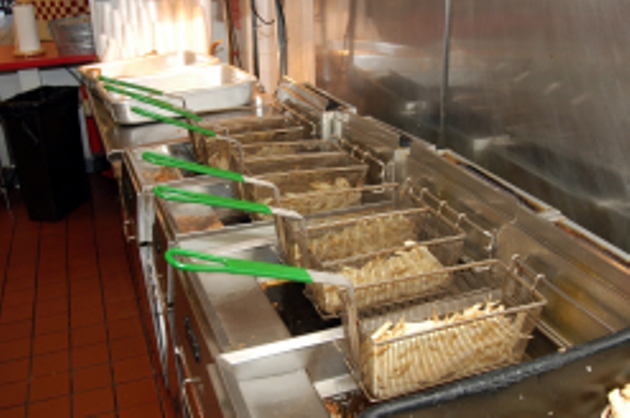 Once I saw the final score, 105-8, I knew Sid Miller had won. The man who values control was going to give control to the people whom he valued. All 8 of them.

Last week, Miller axed several Texas school nutrition standards, including the ban of deep fryers,
even though an overwhelming majority of public comments (105-8) were in favor of keeping the standards. Ignoring a 105-8 majority might seem odd for a politician who preaches about citzens’ freedom and control. But it’s not … Miller is simply selective about who should be in control.

As reported by the San Antonio Express-News (“Junk Food Companies Love Sid Miller”), the 8 votes in Miller’s camp included food industry voices such as TiFry, a company that – brace yourself! – specializes in fried foods.

Once I saw Miller’s roster of supporters, it was obvious where we were headed.

It was obvious because it was only a microcosm of a growing problem in the U.S. food system. A problem that is much bigger than Sid Miller or the state of Texas.

At least Sid Miller was somewhat sly about letting food industry interests dictate state food policy. That is, he didn’t write it into state law. Federal policymakers are taking more of a sledgehammer approach to achieve the same end.

While Miller was frying up Texas school nutrition policy, DC leaders were drafting House appropriations bills that, if passed, will handcuff and gag the 2015 Dietary Guidelines. The drafts included explicit language that minimized the role of nutrition science in the Guidelines and would essentially block several updates to existing Guidelines.

In short, Congress would declare that they know good science better than scientists do. And, in the process, they would nullify many recommendations made by the 2015 Dietary Guidelines Advisory Committee. (You can read more about the bills and their implications at Agri-Pulse, Center for Science in the Public Interest, or Carrie Dennett’s blog.)

The bill would also require that Guidelines stick to “matters of diet and nutrient intake.” Translation – erase the word “sustainability” and never discuss environmental health ever again.

Think the meat industry had anything to do with that one?

A devil’s advocate might argue that, through these stipulations, the House is simply holding Dietary Guidelines to a higher scientific standard. Only 2 weeks ago, in fact, 3 scientists wrote a widely publicized article in which they argued that much of nutrition science is “pseudoscience” and should not inform Dietary Guidelines.

Some of the authors’ critiques of nutrition science were valid – Yoni Freedhoff gave an excellent summary of their argument – but I couldn’t help laughing when I saw the authors’ conclusion that science should not inform policy. I laughed for a couple reasons:

I’ll give the authors the benefit of the doubt that industry funding did not bias their views on this issue (2 of the 3 authors disclosed that they received funding from Coca-Cola.) But I would say, to anybody who shares their general view on nutrition science and policy:

If you sincerely think science’s influence on policy is too strong, then you’ve been sitting in a lab or ivory tower too long.

Two weeks ago I heard an inspiring talk by Dr. Kelly Brownell, one of the world’s leading experts on food policy research. Brownell challenged scientists with the question:

My opinion – we stink at creating change because we wildly overrate the degree to which “change” happens due to science alone. We love data and think data naturally leads to change.

Here are some data points to consider:

Science’s role in food policy is being marginalized. We can’t ignore it.

This piece first appeared on Dr. Taber’s blog and is reprinted with permission