A Disastrous Week for Housing 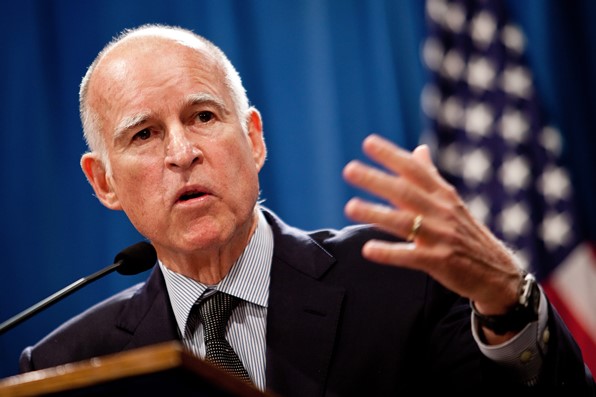 In the United States, millions of people live in unaffordable and/or unhealthy homes or lack housing at all. If you wonder why, consider the events of October 10-13 2015.

On October 10, California’s Democratic Governor Jerry Brown vetoed AB 35, a broadly supported bill that would have expanded the successful State Housing Tax Credit by $100 million annually. This expansion would have enabled affordable housing developers to access an additional $1 billion in federal funds over five years.

That’s a lot of new housing money for a state that desperately needs it.

But Brown saw the matter differently. He has opposed every single bill to increase affordable housing funding in California since taking office in January 2011. His opposition has continued despite the state’s strong economic growth, which eliminated the budget deficits that Brown previously relied on to justify not funding housing.

Brown’s veto is even more distressing in the wake of the media’s ignoring his action.  Although housing costs are a top local issue in major media markets like Los Angeles and San Francisco, Brown’s veto got nary a story. Part of this is attributable to the veteran politician’s savvy at issuing an unpopular veto on the Saturday morning of the three day Columbus Day weekend. But more troubling is the other reason for the media silence: state government has failed to address the housing crisis for so long that many local papers do not even follow state affordable housing legislation.

Curiously, the Los Angeles Times editorialized on October 16  on California Assembly Speaker Toni Atkins’  failure to get another housing funding bill through the legislature. That bill, AB 1335, would have created a permanent funding source for affordable housing projects by tacking $75 on the real estate recording fee. Not mentioned in the Times editorial criticizing Atkins was Brown’s opposition to the measure, which is likely why little effort was put into it.

Jerry Brown is the most anti-affordable housing Democrat in any blue state. A Governor with a strong progressive record on labor, climate change and social issues has done everything possible to prevent state funds from helping working people afford rent. Rising homelessness in California is a direct result of his inaction.

In 2011, Brown eliminated Redevelopment Agencies, the state’s chief funding source for affordable housing.  The move was justified to save the state money siphoned off by the huge, patronage-driven bureaucracies associated with Redevelopment. But given Brown’s refusal to replenish these lost affordable housing funds, he has left California renters in a far more dire predicament than when he took office over four years ago.

Los Angeles recently declared a homeless emergency, with the county’s homeless numbers growing by 70,000 per month. San Francisco has seen such a rise in homeless encampments that two large Navigation Centers have been created to house those leaving the streets. Brown’s home city of Oakland also has a visible homeless problem, and joins the two larger cities in experiencing skyrocketing rent hikes. San Jose’s affordable housing crisis is so bad that the City Council is looking to enact real rent control (which the city of Richmond did earlier this year only to have it stayed pending a referendum).

In the face of California’s most acute housing crisis since the Great Depression, Governor Brown acted to make the situation worse. That the media lets him get away with it sends a troubling message to other politicians that it is politically acceptable for the state’s housing crisis to be ignored.

Nationally, the housing news was no better. Three days after Brown’s veto the October 13 Democratic Presidential Debate was held. During the debate Dean Preston, head of the California group Tenants Together, tweeted that he was waiting for the first mention of housing or homelessness. It never came.

Think about this. Millions of Americans suffer from housing problems, yet this issue has yet to be mentioned in any presidential debate. Meanwhile, the media asked multiple questions about Syria, Vladmir Putin, and other areas that have little connection to the daily problems of much of the Democratic Party base.

The absence of the housing crisis from both the Democratic and Republican debates —both watched by millions—is part of the larger disconnection between the housing crisis and federal funding. All across the nation (including Hawaii, whose Governor just declared a housing emergency), local media is writing about local housing problems. But when national political debates imply that the federal government is not part of the local housing solution, it makes solving local affordable housing crises that much harder.

There are future Democratic Party debates, and activists should consider using social media to help get the nation’s housing crisis into the next one. If the media doesn’t ask, Hillary Clinton or Bernie Sanders cannot raise the issue on their own.

If the national housing crisis is kept off the political radar during a Democratic primary season, the chances of it being included in the fall 2016 presidential debates approaches nil. And that does not bode well for securing the sharp increase in federal affordable housing funds that is already long overdue.

Randy Shaw is Editor of Beyond Chron. He describes how one low-income neighborhood successfully addressed the affordable housing crisis in his  new book  The Tenderloin: Sex, Crime and Resistance in the Heart of San Francisco