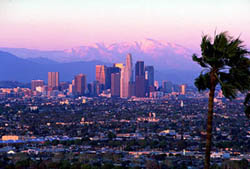 While Hillary Clinton won last week’s California primary, the gap would be narrower if we counted every vote. But in Los Angeles County, the Registrar of Voters disqualified 94,500 ballots from “decline to state” (DTS) voters – because most did not fill an extra bubble to say they were voting in the Democratic primary. These voters requested a Democratic ballot, were given a ballot with only Democratic candidates listed, and a manual re-count would clearly indicate who they meant to vote for. But if they didn’t check the extra bubble, the machine did not pick up their vote – a fatal design flaw beyond any voter’s control. To not count these votes would violate state law, as well as the California Constitution – which requires every vote to be counted. With the close delegate count at stake – along with overwhelming proof that non-partisan voters favored Barack Obama – it is incumbent on L.A. County to count every vote, and to do it now.

Last week, 189,000 “decline-to-state” (DTS) voters in California’s largest County participated in the presidential primary – a 20% increase in turnout over 2006. Each party can choose whether to allow DTS voters in their primary, but only two have done so: (a) the Democratic Party, and (b) the American Independent Party – an ultra-right, nativist party. For a DTS voter to participate, they had to request a ballot in one of these two parties. An overwhelming number picked the Democratic ballot, as poll workers were required to keep track by marking it in the voter rolls.

But here’s where it got tricky. As the sample ballot shows below, DTS voters who got a Democratic ballot were given a list of the presidential candidates. But directly above (and in smaller font), they were also told to mark a bubble that they were voting in the Democratic primary. According to the election machines, 94,500 DTS voters who asked for such a ballot did not pick a candidate. While some may have abstained, it’s clear that a solid majority were disqualified simply because they did not fill in that extra bubble.

Was filling the bubble necessary to prevent DTS folks from voting in more than one primary? No. If you asked for a Democratic ballot, you only got a list of Democratic candidates – and so could not possibly vote in the American Independent primary. From the voter’s mindset, taking that extra step appeared redundant – assuming that they even noticed the fine print in the first place. Given the circumstances, most probably did not see it at all.

It turns out the bubble was there for mechanical reasons – due to a fatal design flaw in the voting machines that was beyond any voter’s control. The optical scanners were only set up to read your choice if you filled in the bubble, because each candidate was then boiled down to a number. If, for example, a DTS voter picked candidate #10 without filling in the bubble, the machine wouldn’t know whether to count Democrat Hillary Clinton – or Diane Beall Templin of the American Independent Party. So they would just say that the voter picked no candidate.

Machines are not humans, so it’s easy to see how they couldn’t catch that problem. But a hand count could determine what the machines did not – basic voter intent. When we learned in 2000 about Palm Beach’s infamous “butterfly ballot,” everyone was sure that Holocaust survivors did not vote for Pat Buchanan – including Buchanan himself. But there was no way to definitively prove that they meant to vote for Al Gore – and the remedies under law were not clear. Here, it’s just a question of getting enough human beings to sort through the 94,500 ballots – and determine which candidate they picked.

So far, the L.A. County Registrar of Voters only agreed to do a sample hand count of 1% of the “unmarked” ballots. But that’s illegal, because the State Constitution requires them to count them all. Proposition 43, which passed in 2002, gave each California voter the constitutional right to have their vote counted. And California Elections Code Section 15701 says that even if it takes longer than a statutory deadline, the county can ask for an extension.

“It’s not good enough to do a 1% count,” said Rick Jacobs, chair of the Courage Campaign. “The statute is very clear – all votes have to be counted.” The Courage Campaign, a political non-profit based out of Los Angeles, alerted the Registrar of Voters about this ballot problem on the eve of the primary – and have hired attorneys to enforce the law if necessary. 20,000 people have signed their online petition since Thursday, and State Senator Dean Florez has demanded hearings in Sacramento.

These votes must be counted – for legal reasons, moral reasons, and (yes) political reasons. Barack Obama has wide appeal from unaffiliated voters who joined the Democratic Party to vote for him in the primary, so it’s fair to assume that the bulk of these voters are his. Counting these votes won’t change who won California, or even Los Angeles – as Hillary Clinton won the County by almost 170,000 votes. But in the critical delegate race that may go down to the wire, these 94,500 votes could make a real difference in several Congressional Districts.

“It is a basic issue of trust,” said Jacobs. “Are we going to tell people that their votes didn’t count – when an unprecedented number of independents turned out to participate in the presidential primary? It’s simply a question of voter rights.”

Voters were outraged in 2000 that Florida couldn’t get its act together in the general election – besides the blatant chicanery that the President’s cronies were involved in. But the “butterfly ballot” in Palm Beach County only affected 19,000 voters. Here we have a fatal flaw in L.A. County that disenfranchised 94,000 people. And with the delegate count as close as it is, like Florida it could prove decisive in picking the next President.

It’s not a question of introducing legislation to prevent this matter from happening again — the law already requires it. These votes are just sitting here – and the Registrar must do a hand re-count to determine what voters really meant. It isn’t rocket science, or even brain surgery. It’s democracy.