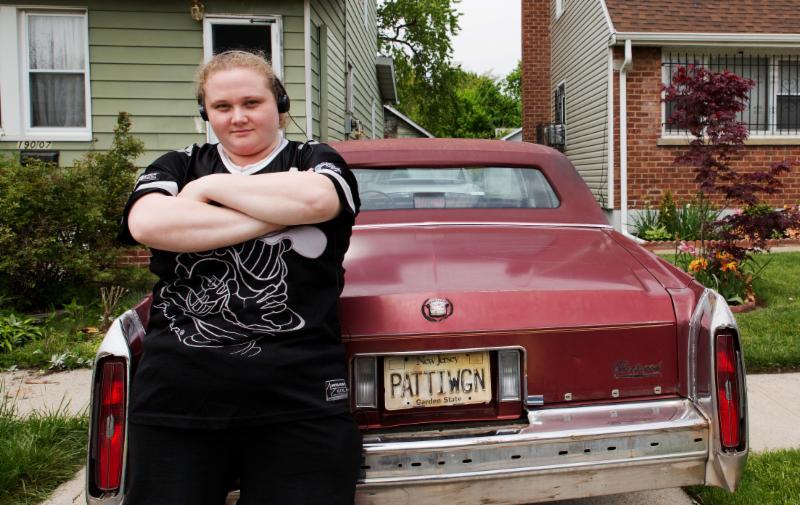 Nearly sixty years ago, the San Francisco International Film Festival (hereafter SFIFF) made its humble debut at the Metro Theatre showing such masterpieces as “Throne Of Blood” and “Pather Panchali.”  The 60th SFIFF runs from April 5 to 19, 2017, and has left Japantown for such venues as the Yerba Buena Center for the Arts and the Dolby Cinema.  Here are some suggestions regarding films to catch.

SFIFF Opening Night Film “Landline” takes viewers back to 1990s Giuliani-era New York City.  The members of the middle class family at the center of this ensemble comedy-drama are trying to find both happiness and a metaphorical landline to keep them grounded.  Director-cowriter Gillian Robespierre reunites with her “Obvious Child” star Jenny Slate and adds in indie stalwarts Jay Duplass, Edie Falco, and John Turturro.

The titular “78/52” in Alexandre O. Philippe’s documentary refers to the 78 set-ups and 52 cuts that created the indelible shower murder from Alfred Hitchcock’s “Psycho.”  Rather than being cinematic insider baseball, the film will generate greater appreciation for the artistry that created this classic film sequence.

Peter Nicks (“The Waiting Room”) continues his Oakland documentary trilogy with “The Force.”  It’s both an inside and outside look at the Oakland Police Department between 2014 and 2016.  These were years of protests over fatal police shootings of black men.  Meanwhile, Oakland’s cops still needed to continue their daily functions.

The documentary “Whose Streets?” captures the Ferguson uprising from the black residents’ perspective.  Local activists’ footage shows how the residents’ peaceful activism was met by the police’s disturbing “military war tactics.”

San Francisco’s own Peter Bratt produced directed “Dolores,” a powerful documentary on farmworkers movement icon Dolores Huerta.  Beyond Chron Editor Randy Shaw is among those in the cast.

Bertrand Bonello’s divisive drama “Nocturama” concerns radical attacks in modern day Paris.  The film follows a group of young radicals who commit a series of Paris attacks before going to ground in a luxury shopping mall.  However, Bonello provides neither motives nor backgrounds for these attacks.

Fireworks fans should make time for “Brimstone & Glory.” This documentary captures the craziness of Mexico’s National Pyrotechnic Festival, where papier-maiche bulls shoot fireworks at the crowds and rickety firework castles deliver the thrills of explosions and imminent collapse.  The music score comes from “Beasts Of The Southern Wild” director Benh Zeitlin.

The SFIFF Centerpiece is Geremy Jasper’s Sundance hit “Patti Cake$.”  23-year-old bartender Patricia “Patti Cake$” Dombroski has dreams of redeeming her disappointing life with hip-hop stardom.    But it’s not until Patti decides to enter a local music competition by assembling a motley multi-racial crew that her life starts taking off.

In Albert Serra’s chamber drama “The Death Of Louis XIV,” legendary French actor Jean-Pierre Leaud plays the titular French monarch.  The king’s slow decline hasn’t blunted his ability to command a room or demand water be served in only the finest crystal glasses.  The delights of Serra’s film can be found by paying attention to the small details.

Another tale of a death watch taken to quietly absurd levels can be found in the acclaimed Cristi Puiu film “Sieranevada.”  In a modern Romanian three-bedroom flat, family members and relatives wait (and wait) for the local priest to arrive so last rites can be delivered to their dying family patriarch.  In the meantime, the waiting family argues about everything from 9/11 conspiracy theories to what final rites should be administered to the soon-to-be deceased.  The accretion of detail in this story adds up to an emotionally devastating conclusion.

Special tributes and programs have always been a part of SFIFF.  This year’s program has some intriguing offerings.  Canyon Cinema celebrates 50 years of existence in a shorts program curated by director Guy Maddin.  Telluride Film Festival co-founder Tom Luddy receives this year’s Mel Novikoff Award, and accompanying that presentation is a rare screening of the Russian anti-“L’Atalante” “A Long Happy Life.”  Subjects of tribute programs include writer/director/producer John Ridley (with the first episode of upcoming historical political drama “Guerilla”), and Bollywood mega-star Shah Rukh Khan (with his post-9/11 America musical drama “My Name Is Khan”).

The astounding Thai drama “By The Time It Gets Dark” spins out of 1976’s notorious government massacre of student protesters at Thammasat University.  But what begins as a re-telling of the incident soon becomes a series of cinematic digressions covering everything from fungal growth footage to the shorts of Georges Melies.  It’s as if director Guy Maddin threw out the chronological story-telling brief of historical dramas.

SFIFF Closing Night Film is “The Green Fog,” a collaboration among Maddin, his “The Forbidden Room” co-directors Evan Johnson and Galen Johnson, composer Jacob Garchik, and the Kronos Quartet.  The film might be described as a “parallel-universe version” of “Vertigo.” This remake does not use a single frame of Hitchcock’s original film.  Instead, its Bay Area footage is drawn from such sources as 1950s noir and 1970s prime-time TV.

Obviously, there is too little space to mention other worthy films such as the new Hong Sang-Soo (“Yourself and Yours”), a portrait of science popularizer Bill Nye (“Bill Nye: Science Guy”), or even a remake of “The Searchers” by the director of “Atanarjuat: The Fast Runner” (“Maliglutit (Searchers)”).  But as always, the key to maximizing your enjoyment of SFIFF is displaying a willingness to take some steps outside your cinematic comfort zone.

(Further information about the films mentioned above as well as other films screening at SFIFF can be found at www.sffs.org .)