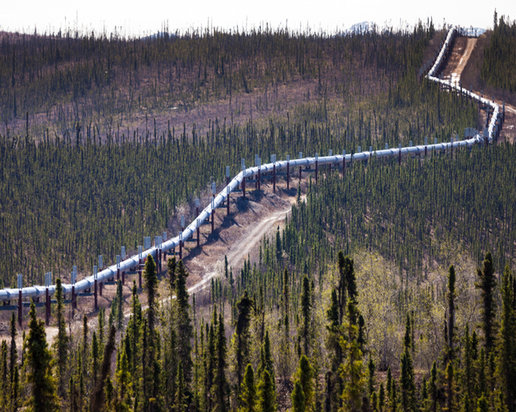 San Francisco is fortunate to have two major film festivals starting this month.  Cinephiles will get to cinematically celebrate Earth’s environment in the run-up to Earth Day this year, as the San Francisco Green Film Festival runs April 14 to 20 at such venues as the Castro Theatre and the Roxie Theater.  This year’s festival theme “Keep It Wild” refers to both fighting to preserve wilderness and finding adventure in the wilderness.

“Gasland” director Josh Fox kicks off the festival with a new documentary coming straight-from-Sundance.  Fox travels to 12 countries on 6 continents in “How To Let Go Of the World (And Love All The Things Climate Can’t Change).”  He’s searching the globe for the things that climate change can’t destroy.  Unless Fox gets arrested again for publicly making pancakes, the director will appear at the post-screening discussion.

Afghan archeologists fight an extremely uphill battle to preserve the past from destruction in Brent E. Huffman’s documentary “Saving Mes Aynak.”  At stake are the titular 5,000-year-old Afghan archeological site and a neighboring mountain range.  Opposing the archeologists are a Chinese state-owned copper mine, the Taliban, and local political opportunists.

Patrick Shen’s film “In Pursuit Of Silence” offers another reason for preserving the wild.  Shen celebrates the experiencing of contemplative silence as a necessary antidote to humanity’s cacophonous cities.

Following the entire length of an 800-mile pipeline may seem an unlike source of cinematic beauty.  But filmmaker Peter Bo Rappmund’s film “Topophilia” works that visual transformation on the Trans-Alaska Pipeline.  Viewers repeatedly see the visual intersections of human technology and nature.

Outsiders may consider it an act of insanity to try eking out a living on land poisoned by radiation from the Chernobyl leakage.  But for “The Babushkas of Chernobyl” portrayed in Holly Morris and Anne Bogart’s film, defiantly living on such toxic land affirms their ties to their ancestral homelands.

Mexico City provides the setting for another film about the human struggle for survival in dire circumstances.  Jose Cohen’s documentary “H2OMX” studies the continual challenges facing the Valley Of Mexico water system.  Not only must it obtain water, but what water it does get must be carefully rationed out to ensure enough water for everyone.  The water system’s task is made all the harder by man-made pollution of existing water sources.

In the US by contrast, one big resource consumption problem has to do with military consumption of oil.  Roger Sorkin’s film “The Burden” shows American military dependency on oil makes our troops vulnerable to attack.  Yet Congress has little interest in fostering a switch to clean energy.

However, as the 2016 Green Film Festival’s Best Feature shows, the green energy economy is happening despite Congressional blindness.  Shalini Kantayya’s “Catching The Sun” introduces such participants in that economy as trainees at a Richmond, CA solar jobs program and Chinese CEO Wally Jiang.

It would also help the green energy economy if our government abandoned supporting the fracking industry.  Jon Bowermaster’s “Dear President Obama” is a plea to our president to join such anti-fracking activists as producer and narrator Mark Ruffalo.   Bolstering this appeal are tales of how fracking has damaged California’s environment.

Human misuse of natural resources is also a theme of Jeff Martin’s “A River Between Us.” The misused resource discussed in Martin’s film is the Klamath River.  Four dams and very different water rights have resulted in generations-long disputes among communities near the Klamath plus serious damage to the river’s ecosystem.  Can these feuding communities compromise and restore the river to wellness?

The festival’s 50th anniversary screening of James Hill’s “Born Free” reminds us that people can be popularly inspired to support wildlife conservation.  “Born Free”’s star Virginia Mc Kenna founded the Born Free Foundation, and her efforts over the years earned her this year’s Inspiring Lives Award from the festival.

Centerpiece film “An American Ascent” chronicles more than the efforts of Bay Area native Scott Briscoe and eight other African-Americans to climb to the summit of America’s highest peak.  Directors Andrew Adkins and George Potter show that the Denali climb will inspire a new generation to enjoy the wilderness and to embrace preserving nature.

A less strenuous but still interactive program can be found in “Nature’s Orchestra & Soundscape Ecology Walk.”  Stephen Most’s “Nature’s Orchestra” follows musician and acoustic scientist Bernie Krause to the Arctic as he tries to preserve the sounds of nature from being lost forever.  The Soundscape Ecology Walk following the screening will record Yerba Buena Gardens’ natural sounds for viewing on a spectrogram.

San Francisco director Mark Decena closes out the Green Film Festival with his documentary “Not Without Us.”  Seven international grassroots activists have come to Paris for the UN Climate Talks.  They all want international leaders to take action to address catastrophic climate change.  For them, the signing of the COP21 agreement is only one step in a larger and longer fight.  Decena will be present at the screening to accept the festival’s 2016 Green Tenacity Award.

Other happenings at the festival include: “Parrots, Pelicans, and People: Oh My!” which is a live presentation of film clips and conversation with director Judy Irving (“Pelican Dreams”); “Ice And The Sky,” the new film from director Luc Jacquet (“March of the Penguins”), offers a biographical portrait of climate change pioneer Claude Lorius; and Andrew Morgan’s “The True Cost” looks at the worldwide environmental and human impact of the fashion industry.

The San Francisco Green Film Festival’s programs may range from the “Keep It Wild” short films program to the interactive Virtual Reality workshop “Wild VR: A New Reality For Environmental Storytelling.”   But these events all share an awareness of the necessity of now to prod present day humanity to pass along a healthy environment to future generations.

(The San Francisco Green Film Festival runs from April 14 to 20, 2016 at the Castro and Roxie Theatres as well as other venues around the city such as the San Francisco Main Library’s Koret Auditorium.  For further information about these films and ticket information, go to www.greenfilmfest.org .) 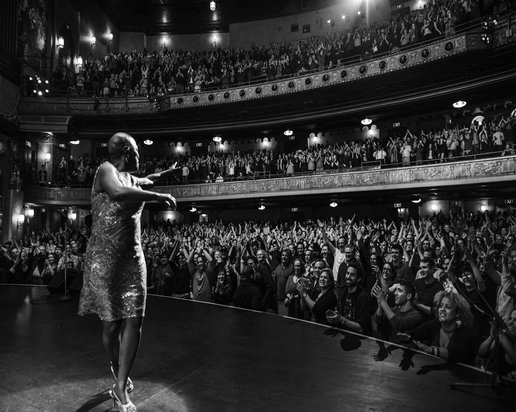 Shifting venues is not a new phenomenon for the San Francisco International Film Festival (SFIFF).  Over the decades, screenings at the Masonic Auditorium have eventually given way to screenings at the Sundance Kabuki Cinemas.  The 2016 festival, which runs from April 21 to May 5, will keep the Castro and Pacific Film Archive theaters.  But the Sundance Kabuki has now been replaced by the Alamo Drafthouse Cinema, the Roxie Theater, and the Victoria Theatre.

Whit Stillman kicks off SFIFF 59 with his Jane Austen adaptation “Love And Friendship.”  Kate Beckinsale plays the social climbing Lady Susan, whose hopes for a good marriage for herself and her daughter depend on her finessing a scandal.

Another affliction is the subject of Anna Rose Holmer’s acclaimed debut film, “The Fits.”  Could sparring practice and group dance exercises be connected to the titular disease striking a Cincinnati high school’s students?

Another tale mixing horror and Middle Eastern unrest is Babak Anvari’s Sundance sensation “Under The Shadow.”  During the Iran-Iraq War’s waning days, a woman barred from pursuing her medical career suspects her daughter is being pursued by a djinn.

The MRA crowd will probably be extremely unamused by Athina Rachel Tsangari’s satirical “Chevalier.”  Six well-off Greek men on a sailing vacation undertake a series of increasingly outré competitions to determine which of them is “the best in general.”

Seekers of the best in art and foreign film eventually dip into the offerings from Janus Films and the Criterion Collection.  Both companies are this year’s Mel Novikoff Award recipients.  As an added treat, Criterion will screen its new restoration of Joel and Ethan Coen’s first feature “Blood Simple.”  The Coen Brothers will be present, particularly since the late Mel Novikoff championed their neo-noir debut.

The Rotterdam Tiger Award-winning “Radio Dreams” is about Hamid, a man who might regret being bitten by the radio producing bug.  Over one hectic day, this program director for a San Francisco-based Farsi-language radio station gets squeezed between the station owner’s daughter’s business-minded pragmatism and the possible failure of a high-profile cultural exchange between bands Metallica and Kabul Dreams.

Joe Larsen, the protagonist of Logan Kibens’ comedy “Operator,” just wanted to save his interactive voice-response system by having his wife Emily supply the system’s new empathetic voice.  But he didn’t expect to fall in love with the system’s Voice and neglect his flesh-and-blood wife.

Marital problems of a different sort provide the conflict in Kiyoshi Kurosawa’s contemporary ghost story “Journey To The Shore.”  It concerns a widowed piano teacher who winds up confronting her secret problems with her marriage after her husband returns from the dead.

Ready to hope a classroom of students will kill their teacher?  You will when that teacher plans to destroy the Earth in a year’s time if he isn’t slain before then.  That’s the premise behind the live-action adaptation of the utterly wacked out manga and anime series “Assassination Classroom.”

For some real-life craziness, the sport of man-on-man competitive tickling is hard to beat.  Gay journalist David Farrier’s research on the subject accidentally leads him to the non-vanilla world of an online fetish empire.  What Farrier discovers is the subject of “Tickled,” a documentary he made with Dylan Reeve.

The only thing that might top discovering a weird world is learning about someone’s bizarre life.  Meet actor/producer/screenwriter Hampton Fancher, best known as the screenwriter of “Blade Runner.”  He’s also the subject of Michael Almereyda’s documentary “Escapes.” Watch Fancher recount stories from a life filled with close calls and other sticky situations.

Closing out the 59th SFIFF is another documentary, “The Bandit.”  Jesse Moss (“The Overnighters”) recounts the friendship between actor Burt Reynolds and stuntman Hal Needham, one strong enough to spur Reynolds to star in Needham’s directorial debut, the action comedy “Smokey and the Bandit.”

Obviously, SFIFF offers other worthwhile films and events besides the ones mentioned here.  Aardman Animations, the folks behind “Wallace And Gromit” and “Shaun the Sheep,” celebrates its 40th anniversary with a Persistence of Vision Award.  “Contemporary Color” matches such musicians as St. Vincent and Zola Jesus with color guard troupes for a spectacle of music and synchronized flags.  Hong Sang-Soo’s newest film pushes the reset button on an attempted love connection gone sour in “Right Now, Wrong Then.”  Ryusuke Hamaguchi’s “Happy Hour” is an epic portrait (over five hours) of four female friends going through midlife crises.

Whatever does catch your eye at SFIFF, let it be something you found by stepping out of your aesthetic comfort zone.

(The 59th San Francisco International Film Festival runs from April 21 to May 5, 2016 at venues ranging from the Alamo Drafthouse Cinemas to the new Pacific Film Archive theatre.  For further information about the program and to order advance tickets, go to www.sffs.org .)