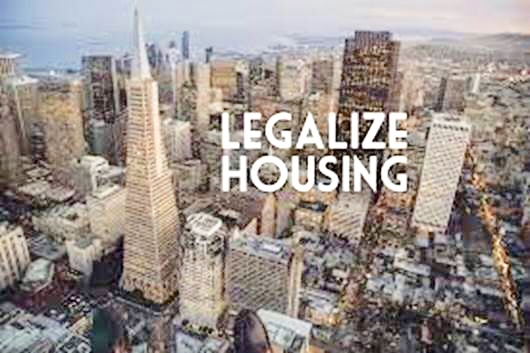 An Urbanist Movement on the Rise

Virtually everyone I spoke to at last week’s YIMBYtown 2018 conference in Boston left invigorated, encouraged, and ready to work even harder. Huge credit goes to the local Boston-area folks who put on the conference, many of which were affiliated with A Better Cambridge.

Here’s what I see as the five big takeaways from the event.

While the term “YIMBY” (Yes In My Backyard) is directly connected to building housing, the conference showed that most YIMBYs are equally engaged with transit, parking, bike lanes and broader environmental concerns. The YIMBY movement includes many of the nation’s most visionary transit thinkers. They are now pushing to build housing because they recognize that infill housing and smart growth is essential for addressing climate change.

Media coverage of YIMBYs routinely misses this broader urbanist perspective. Instead of talking about the climate change implications of neighborhood opposition to new housing, too many reporters allow housing opponents to falsely narrow what is at stake.

My second big takeaway is how profoundly false is the claim that YIMBYs believe only in “market solutions” and “trickle down housing.” I understand why opponents of new housing constantly make such false claims, but the media needs to stop quoting falsehoods without providing the facts.

Many key YIMBY leaders across the nation, including YIMBYtown 2018 coordinator Jesse Kanson-Benanav, are in the business of building affordable housing (e.g Sam Moss of Mission Housing in San Francisco).  YIMBYs routinely back increased affordable housing and homeless funding and one of the conference’s keynote speeches was given by Joe Lindstrom of the National Low Income Housing Coalition (NHLIC).

Are there people calling themselves YIMBYs who conform to the anti-government stereotype? Absolutely. There’s no way to stop that. But members of the organized YIMBY groups recognize that market solutions do not work for most of the tenant population in this country. YIMBY groups are outspoken in believing that increased federal, state and local funding is essential.

YIMBY groups and state and national affordable housing groups are on the same side. It was clear from the conference that YIMBYs hope to work more closely with groups like the NLIHC in the future.

Considering that I titled my upcoming book Generation Priced Out: Who Gets to Live in the New Urban America, I was not surprised that the YIMBY conference was overwhelmingly filled with millennials and Gen Xers with few boomers. Yet a big takeaway is recognizing that the YIMBY movement is at its core an effort by a new generation to build a more sustainable urban America.

In city after city, millenials are battling boomers not just over new apartments and inclusive zoning but over scooters, ride and bike share, bike lanes, the elimination of parking, and bus rapid transit (BRTs).  YIMBYs believe that the boomer designed cities of today are not environmentally sustainable, while boomers are digging in to protect the status quo.

Much of this generational divide is between boomer homeowners who could buy or rent when homes were still affordable to the working and middle-class and millennial renters who have been priced out by exclusionary housing laws. But the divide extends beyond housing. It goes to the very nature of how cities operate.

Those at YIMBYtown have a far broader vision for sustainable cities than the boomer generation which created the current car-dominated urban landscape.

Historically, urban problems have been seen as primarily “local” due to the unique factors of every big city. But it’s clear from YIMBYtown that the battles going on in cities like Portland, Minneapolis, Seattle, and Austin are largely the same.

Nearly every city with high housing costs has exclusionary zoning laws that prevent building new apartments in many if not most neighborhoods. Nearly every city takes way longer than necessary to approve bike lanes, and to install new public transit.

The differences in cities is now more a question of scale than divergent policies. The homeowner groups opposing apartments use the same rhetoric to justify restricting supply, and all are profiting handsomely by keeping tenants out of their neighborhoods. YIMBYs are often offering common solutions because the challenges in most cities are the same.

My final big takeaway from YIMBYtown reflects what I heard at a session hosted by Sarah Guidi of GreaterGreater Washington. Guidi wanted to see what people thought about creating a national YIMBY organization.

Given the common strategies for sustainable cities and the similar opposition, a national YIMBY organization has a huge upside. For example, it could provide resources and training to local grassroots groups, centralize research on land use, and connect local and state YIMBY organizations to national campaigns for increased affordable housing funds.

If Guidi and others can secure funding to create a national YIMBY organization, YIMBYtown 2018 may be best remembered for setting its plans in motion. People left the event more inspired than ever, and  the YIMBY movement’s rapid growth is only the beginning.

Randy Shaw is Editor of Beyond Chron. He discusses YIMBY chapters across the nation in Generation Priced Out: Who Gets to Live in the New Urban America, out from UC Press in mid-October and available now for pre-order.