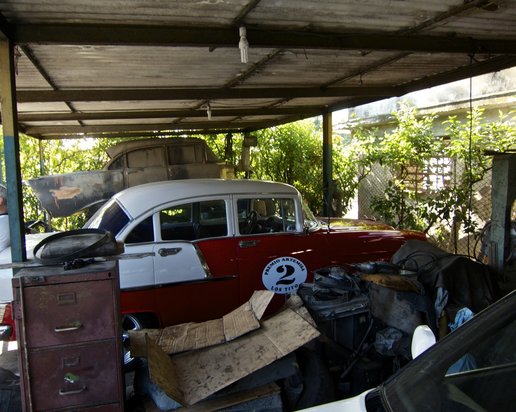 The “if you see something, say something” mentality gets quietly reamed in Radu Muntean’s gripping Romanian drama “One Floor Below.”  Reporting a crime you have witnessed is one thing.  But in Muntean’s disconcerting scenario, what happens when all you have is suspicion?

In the days of Nicolae Ceausescu and his Securitate, the answer would have been a simple “report the man to the cops and let them resolve the issue.”  But Ceausescu’s police state fell about a quarter-century ago.  The passage of time might have blunted the culturally automatic suspicion of one’s neighbor.  Muntean, though, seems to imply that far from being deeply buried in the Romanian psyche, this oppressive reaction still lurks “one floor below” common consciousness.

The film repeatedly tempts this dark side of human nature by leaving Valentin’s innocence or guilt ambiguous.  The circumstances of Laura’s death are never explained.  Valentin’s interactions with Patrascu and his family could be a guilty man’s attempt to probe the older man’s intentions.  On the other hand, his hostility may come from a combination of a short temper and anger at being unjustly suspected.

Muntean thankfully does not signpost a resolution to this story.  Instead, a small incident encapsulates Patrascu’s reticent actions.

Tomasz Mielnik’s “Journey To Rome” also begins with a familiar noir setup, but it sputters into tedium despite cinephile name-checking and frequent bouts of attempted absurdity.

Mielnik’s schmuck is the spectacularly underachieving museum guard Vasek.  The minute the voluptuous redhead starts coming on to him, the viewer knows he’s being set up to commit a crime.  It is after Vasek steals a painting from the museum he works at that genre expectations get spectacularly defenestrated, particularly with the redhead’s general disappearance from the film.

What does happen during Vasek’s train trip to sell the stolen painting is a mix of “The Canterbury Tales” and irreverent takes on the religious search for meaning.  The people Vasek meets on his trip include a motorcycle tough turned monk and a Tibetan monk who finds tantric enlightenment.  Yet the odd events and tales that befall the continually deadpan Vasek stay safely in Broadcast and Standards approved blandness.  Pier Paolo Pasolini would have made this Roman journey scabrous but memorable.  Mielnik just makes it disastrously unexciting.

Imagination is definitely not in short supply for the lead character of Heather Jack’s comedic short “Let’s Not Panic.”  Sadie’s overactive imagination covers everything from imagining hunky therapist Dr. Randan in a muscle shirt to getting kidnapped by ninjas/drug cartel members.

The elaborateness of the lead character’s fantasies as well as their intrusions into reality does provoke a few smiles.  What keeps Jack’s short little more than a trifle is an absence of emotional darkness to counterbalance its cockeyed sunniness.

Inverting the humor/drama balance to far better effect is Tali Barde’s diabolical time-travel tale “DOT.”  How did the film’s unnamed protagonist survive a supposedly fatal car accident and leap into the future?  Why is talking to another person a trigger for dying yet again?

Barde leaves the viewer, like the film’s nameless lead, constantly disoriented and swept along by the mysterious events that are occurring.  Trivial details produce shattering results.  Visual variety in the time-travel events keeps repetition and ennui at bay.

“DOT” eventually pushes its unnamed protagonist into a situation where a terrible choice must be made.  Fortunately, the short displays the gumption to follow through the unpleasant consequences of that choice.

Racing against time is one aspect of car racing.  But Bent-Jorgen Perlmutt’s entertaining drag racing documentary “Havana Motor Club” also celebrates Cuban ingenuity and the men dedicated to the sport.

Car racing got officially banned in the wake of the Cuban Revolution as an elitist sport.  However, a group of underground Havana drag racers keep the sport alive despite the risk of arrest.  These figures include Jote, who both loves the sport and wants to leave Cuba, and Reinaldo “Tito” Lopez Fernandez, whose family’s red 1955 Chevrolet Bel Air is one of the group’s fastest cars.  Now the Cuban Motor Federation wants to start bringing car racing out of the shadows.  Yet its stuttering attempts at realizing an organized event may leave the underground dragsters skeptical.

Perlmutt takes the drag racers’ love for the sport as a given.  Opening the film with a windshield view of the night-time Havana streets and setting it to a pulsing musical score says what needs to be said about the primal fascination with speed.

What’s more fascinating is learning how these men (drag racing appears to be a male-only sport) manage to pursue their races despite political obstacles.  The only cars available for racing are generally those in Cuba after the Revolution concluded in 1959.  Replacement parts are scrounged from whatever motors are available and compatible, such as a boat engine.

The competition between Los Tito’s Chevy and Carlos Alvarez Sanchez’ rival Porsche has a strong class element to it.  Sanchez gets his Porsche parts courtesy of his Cuban-American partner Saul, who flies in the needed parts.