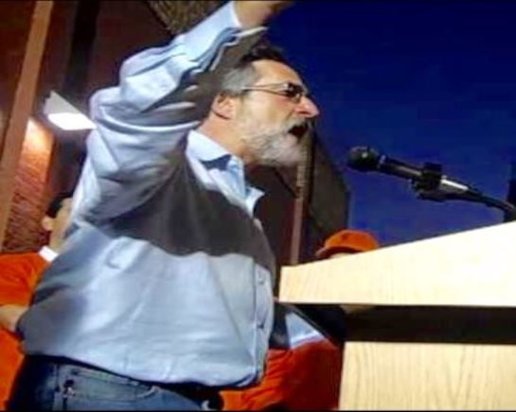 Aaron Peskin has been a buzzsaw of activity since returning to the Board.

San Francisco Supervisors filed their November charter measures this week, and primarily focused on reducing mayoral power. These measures will soon be joined by regular initiatives that progressives and moderates will place on the ballot to help them in the November elections.

The local June 2016 election has always been about November. Money, time, and volunteer energy have poured into races for the San Francisco Democratic County Central Committee (the DCCC) because the winners will make the endorsements on the Party’s influential presidential election cycle slate card. If you want your November ballot measure or favored supervisor candidate to win, it helps getting the official Democratic Party endorsement when over 80% of the electorate will be voting for the Democratic Presidential candidate.

Here’s an early assessment of what the November battles will involve.

The Good, Bad and Unnecessary

Topping the list of good initiatives for November is Jane Kim’s proposal to fund free City College tuition through a tax on property sales over $5 million. This visionary policy also proved good politics for Kim, as it no doubt contributed to Bernie Sanders endorsing her this week.

Also topping the list is a soda tax sponsored by Malia Cohen and others. Like Kim’s initiative, the soda tax  identifies where the new revenue should go without requiring this expenditure—this enables the goal to be achieved with a simple majority rather than the 2/3 vote required for special taxes.

San Francisco has been disappointingly reluctant to rely on majority tax measures, as evidenced by the mistaken decision to seek a special tax and a 2/3 vote when the soda tax was on the ballot in 2014. The passage and successful implementation of both the soda tax and free tuition measure will be important future precedents for San Francisco.

Some of the proposals for November—like Supervisor Avalos’ proposal to establish a baseline funding guarantee for specific homeless and transportation needs—seem like noncontroversial good things on first read. Its passage depends on voters approving a ¾ cent sales tax increase to fund it, and it also requires Supervisor Yee to drop his proposal below.

Avalos’ proposal to require the city to take care of street trees also makes sense. It saves the city money on liability lawsuits and ensures that young street trees survive.

The mayor’s office isn’t happy with it but I also like Supervisor Yee’s proposal to split appointments to the San Francisco Municipal Transportation Agency’s Board of Directors between the mayor (4) and Board of Supervisors (3).  Yee’s measure also replaces the supermajority of seven supervisors required to reject the SFMTA’s budget with the more democratic majority vote.

I believe I was the first person to pioneer split Mayor/Board appointments when I drafted Prop G in 1994, which created the Building Inspection Commission (the late Eileen Hansen was among the initial group of supervisor appointees by Board President Angela Alioto; Hansen never would have been a Mayor Jordan appointment).

Supervisor Peskin and others then won passage in 2002 of a very important ballot initiative to split appointments to the Planning Commission and Board of Appeal. He would later gain the right to make these appointments during his multiple terms as Board President.

Split appointments broaden the perspectives of public bodies and are the right way to reduce mayoral power.

The wrong way to reduce mayoral power is when you take a highly effective agency like the Office of Economic and Workforce Development and seek to impose new bureaucratic obstacles. This is how I see Supervisor Peskin’s proposal to place a Commission over the OEWD.

Peskin is reported to be using this measure as a bargaining chip to get a misguided Realtors’-backed initiative off the ballot. Let’s hope that is all it is. Mayor Lee’s OEWD, under  Director Todd Rufo, has provided more direct attention and assistance to the Tenderloin and Mid-Market than all of its predecessors combined. OEWD also deserves credit for the economic revitalization of other city neighborhoods and for economic progress citywide.

I hope this measure disappears so I don’t have to spend months’ criticizing it and campaigning against it.

The other really bad potential ballot measure for for November would ask voters to support a police crackdown on public camping. Signature gathering for this measure could hit the streets soon, and its specific backers remain unclear.

Backers of the anti-camping measure hope it helps moderate candidates in the District One and Eleven supervisor races and in the Kim-Wiener Senate race. And as I discuss in my April 26 article, “Support for Camping Will Doom Progressives,” they may be right.  I’ve noticed that Wiener is emphasizing his anti-camping stand in his race against Kim, and a November initiative would force all supervisor candidates to take a stand on the issue.

The problem with such an initiative is that, as opponents of  a series of anti-panhandling and anti-camping measures put on the ballot by former Mayor Frank Jordan (1992-95) argued, the police already have the legal authority to break up campgrounds. No new law is needed, just stronger enforcement of existing laws.

Initiatives around camping are divisive, unproductive, and divert valuable time and money away from addressing the real issues around homelessness.

With Supervisor Campos  regularly attacking Mayor Lee for not doing enough to reduce camping, it is understandable that moderates might feel compelled  to remind voters who really opposes the right to camp. But San Francisco is better than this, and the temptation to move forward on this should be resisted.

The Realtors are circulating an initiative that tries to get back at nonprofit housing groups by changing eligibility for affordable housing. Their goal is  reducing the number of units affordable to low-income people, a bad policy and sure political loser.

Realtors should recognize they do not need to use the November ballot to get back at their political opponents in the development world because Governor Brown is doing that for them. Brown’s “as of right” housing plan is likely unstoppable, as the savvy Brown would not have gone public on this plan if he was not assured of victory.

San Francisco does not need a Public Advocate. Period. They’ll be plenty of time this fall to discuss this, but if you think such a position makes a real difference start examining how the New York City Public Advocate failed to stop police racial profiling under Mayors Giuliani and Bloomberg. Or to reduce a level of questionable real estate public-private dealing in New York City that is on a different planet from what people complain about in San Francisco.

Peskin’s other proposals to reduce mayoral power—placing the Mayor’s Office of Housing and Community Development and Department of Real Estate under public commissions— are also unnecessary. While also said to be submitted as a bargaining chip, I don’t see why realtors would care another about either to give up their initiative in exchange.

Peskin has come back into office like a buzzsaw, and in many areas—such as expanding the legalization of in-law apts— is making up for lost time. But his three proposed new commissions need further examination before being ready for the November ballot.

This listing of major measures for November shows again how San Francisco activists have replaced legislation with  ballot initiatives as their core organizing focus. And with a record turnout expected for a very long November ballot, this is one election where you should be sure to vote absentee.

Randy Shaw is Editor of  Beyond Chron. He is the author of The Tenderloin: Sex, Crime and Resistance in the Heart of San Francisco