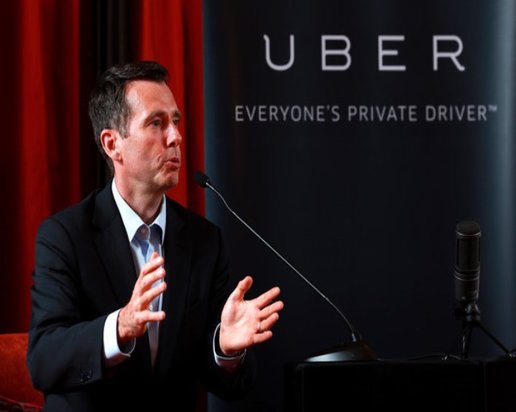 David Plouffe is now at UBER

Abandoning Fight for Change in Favor of  Private Profits

What do Andy Stern, Jon Carson, David Plouffe, and Jim Messina all have in common? Each played key roles in Barack Obama’s  campaigns promoting “Change We Can Believe In” and now work for for-profit corporations or conservative candidates.

Why have these and others like former SEIU staffer Christopher Nulty (now at Airbnb) and former NextGen organizer Chris Lehane (also at Airbnb) shifted their energies from working for progressive change in the public sector to private pursuits?

A common answer—-that its typical for idealistic people in their 20’s and 30’s to later decide to cash in—-falls short. I describe in my book, Beyond the Fields: Cesar Chavez, the UFW and the Struggle for Justice in the 21st Century how the farmworkers movement inspired hundreds of its key volunteers to spend the rest of their lives working for social change.

The UFW became an activist incubator for idealistic young people. Many hoped that Obama’s 2008 campaign would do the same for a new generation of activist leadership. While that campaign did inspire many to work for change, its clear that some very talented people who could have been on the frontlines battling income inequality and pushing for progressive change have decided to take their abilities private.

Let’s start with the most obvious contrast, that of the post-retirement actions of two leading union supporters of Obama in 2008: Larry Cohen, former head of the Communication Workers of America, and Andy Stern, who left SEIU in 2010.

Since leaving CWA, Cohen has continued to work for progressive change. Cohen probably did more than anyone else to build labor support for the Bernie Sanders campaign, indirectly moving Clinton and the Democratic Party to the left on trade and other issues of concern to working people.

Stern, in contrast, has gone from representing Big Pharma to his recent ill-conceived plan to forge a deal between SEIU and Airbnb on unionizing maids that bypassed UNITE HERE (and violated the jurisdictional agreement between the two unions). He’s become the worst stereotype of the fast buck entrepreneur. While Stern always had critics, he encouraged a lot of worker organizing at SEIU and was routinely quoted as the voice of a more progressive, diverse labor movement.

Stern was the labor official most passionate about Barack Obama in 2008. Yet today it almost seems unbelievable that he was even part of the labor movement.

Plouffe (Uber), Carson (SolarCity) and Nulty, Stern and others at Airbnb all took their experience as early “disrupters” of the political sphere into private businesses making similar claims. But their impact is much different.

Consider grassroots organizer Carson, a former Obama campaign strategist. Carson was the executive director of Obama’s Organizing for Action, a grassroots group set up to back the president’s policies, prior to leaving for SolarCity.

Carson was hired by Solar City in 2014 “to use the tactics of a grass-roots political campaign to influence consumers’ energy decisions.” Carson explained, “It’s building a network of people, a community of people, neighborhood by neighborhood.”

If that sounds like the Obama field campaign, it’s no coincidence. But unlike Obama’s pro-union agenda, Solar City is an entirely non-union operation whose solar work is performed by low wage workers.

Plouffe’s Uber is also non-union. It paid millions of dollars in a recent class-action settlement to keep it that way by ensuring its drivers were not deemed “employees.”

Jim Messina went from chairing Obama’s 2012 re-election campaign to working in the 2015 election for David Cameron, the British Prime Minister of the Conservative Party. According to Time, Messina “joined Cameron’s Conservative Party as a paid consultant in 2013 and worked to export the latest innovations in American-style campaigning to the U.K.”

It’s disturbing that so many top Obama officials went on to perform work either entirely or partially inconsistent with the values espoused by the Obama campaign. It may explain why after Obama’s historic 2008 victory, his campaign team made little effort to re-engage its volunteers. Or why efforts to maintain Obama’s grassroots mobilizing operation through Organizing for America after he took office fell short.

After all, if top campaign staff were not personally committed to building a sustainable progressive movement they had no reason to sustain Obama’s amazing volunteer base. Obama frequently bemoans the lack of Democratic voter turnout in the 2010 and 2014 elections, but this could have been avoided had his 2008 and 2012 campaign teams kept his grassroots electoral operation involved.

I think the difference between those who spent their formative years in the farmworker movement and those who played key roles in a grassroots presidential campaign is that the latter become connected to people of great wealth. Plouffe, Messina and the like associated with Obama donors whose affluence was in a different universe from the religious and labor supporters of the UFW, or even the Hollywood stars that supported the cause.

When you know you are a smart and talented person like these Obama folks clearly are, it’s tempting when interacting with these wealthy donors to ask yourself why you are making so much less money.  This leads to pursuing opportunities on behalf of the type of for-profit mega-businesses that never interested ex-UFW volunteers.

Former Obama staffers or backers have the right to do what they want with their lives. But it’s unfortunate that their talents have been diverted away from enhancing social and economic justice. Unlike the leaders of the farmworkers movement, they are not passing on lessons to help train their successors and appear to feel no obligation to boost new generations of progressive activism.

Randy Shaw is Editor of Beyond Chron. He is also the author of The Activist’s Handbook.