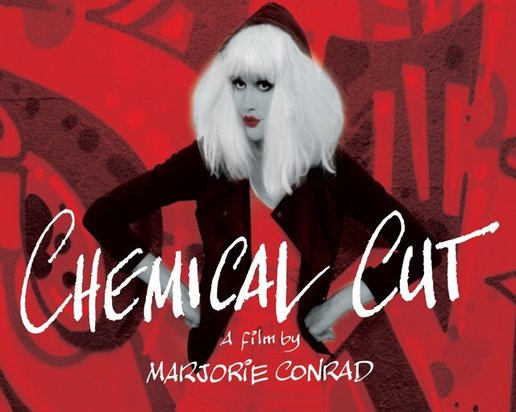 Undergoing the Blackout experience feels more hardcore than merely watching horror movies. Participants pay to go at a certain time to a certain place to be immersed in a horror experience built around their personal fears.    As Rich Fox’s documentary “The Blackout Experiments” shows, his subjects have undergone Blackout several times.  Despite that disturbing revelation, Fox’s film falls short of being a chilling portrait of dark obsessions.

The caginess of Blackout creators Josh Randall and Kristjan Thor regarding the thinking behind their internationally notorious fear experience need not have occurred.  Common sense suggests a plausible rationale for Blackout’s existence.  Indulging personal fears through such media as roller coasters (fear of falling) can feel more voyeuristic than having the emotional genuineness of uncertainty.   The process of applying for a Blackout experience restores that sense of uncertainty.  Participants must answer a questionnaire which essentially gives the crew putting on the experience a menu of personal fears they can choose from for enactment.

Fox’s film puts itself on a creative tightrope.  The director wants to give viewers a taste of the Blackout experience in practice.  Yet he also aims to avoid spoiling the mystique of Blackout, lest excess knowledge undermine the experience’s potential for inducing fear.

Sadly, “The Blackout Experiments” often fails to maintain that creative balance.  Using jump cuts to show what happens in Blackout lack shock value given that such cuts have become horror film visual clichés.  Keeping Randall and Thor anonymous figures robs the viewer of opportunities to admire their ingenuity.

Even the friends who are the film subjects fail to maintain interest.  Their obsession with repeating the Blackout experience evokes neither pity nor discomfort.  Frequent overhead night-time shots of the Los Angeles cityscapes do a better job of visually implying a city full of people with dark fears waiting to be exploited.

Simon Schnellmann’s “Life Is Rugged” ties together brief black humored shorts with a story about an impatient period waiting to use an outhouse.  The highlight involves a fly whose down time means relaxing on a turd-shaped recliner.

Josh Shaffner’s semi-autobiographical “Flaws” uses surrealistic images and animated wordplay to show what the soul-killing hell of wait staff life is like.

Another short which accumulates small details to disturbing ends is Kevin Eskew’s “Still Life.” Everything from a truck slowly catching on fire to airplanes possibly releasing chemical contrails creates a world where death seems a step away.

Death on the relationship level is the theme of James Siewert’s disturbing “The Past Inside The Present.” A man and a woman try to preserve their slowly disintegrating relationship by using analog technology (cables, videotape).  Ironically, neither participant realizes that their preservation medium of choice is inherently subject to decay.

Tibor Banoczki and Sarolta Szabo create the program’s most gorgeous short “Leftover.”  This world-hopping French film features vignettes pairing fragments of food with fragmented human relationships.  The characters involved ranges from a Death Row convict to a woman enslaved to cook for some African rebels.

Miranda, the protagonist of Jennie Jo’s short film “Tampoon,” can’t really be called the titular female tool.  Boyfriend Sean acts like a big enough jerk for both of them.  The titular monster tampon is what steps in to save Miranda from her bad romantic choices.  Both characters get what they want courtesy of that sanitary product.  Only obnoxious guys who hate women who don’t worship them will fail to laugh at this to-the-point short.

Marjorie Conrad’s dark comedy debut feature “Chemical Cut” is of local interest.  Conrad graduated from San Francisco State University with a Film Production degree.  Equally relevant to this film is the writer/director’s background in modeling.  Not only was she an “America’s Next Top Model” finalist, but she tried professional modeling for a couple of years.  “Chemical Cut,” by contrast, will never be mistaken for a love letter to the modeling world.

The titular cut refers to the new blonde hairstyle 23-year-old brunette Irene (Conrad) adopts to turn her retail hell life around.  When she gets scouted by a modeling agency representative, the artistic misfit thinks her life is finally improving.  However, the emotional belittling she tolerates in her life soon gets turned up to 11.  Not only does she have to endure fame-hungry boyfriend Arthur (Ian Coster), but her modeling agency manager masks insults as “instilling professionalism.”  The clients Irene works for treat her as everything from ambulatory furniture to an outlet for their neuroses.

Early on, a hairdresser tells Irene that her blonde hairdo gives her an air of innocence.  What seems a bit of professional flattery turns out to be a description of the aspiring model’s reaction to the emotionally insane world of professional modeling.  The closest version of mentoring that Irene receives comes from whatever life tidbits more experienced model Spring drops.  Yet Spring is less a source of emotional support than someone who needs Irene as an unwitting fan club.

Otherwise, “Chemical Cut”’s protagonist appears trapped on an aspiring model treadmill rather than progressing in her life.  The photographers she encounters are interested mainly in exploiting Irene’s looks.  Their version of creative synergy involves emotionally bullying the inexperienced model into following their will.  Irene’s trapped because she has no sense of direction or other options in her own life.

Conrad does not make her semi-fictional alter ego’s non-modeling life easy.  Irene’s retail store co-workers hold her in thinly veiled contempt.  Despite knowing Irene since childhood, Arthur is such a tool that he might as well be a one-man hardware store.

Popular fantasy portrays modeling as a glamorous profession.  Conrad’s film brings with a hurt smile the painful reality that, like other professions containing power imbalances, demeaning and abusive behavior by superiors is very much de rigeur.