The Bernie Bookshelf: Can “Feeling the Bern” Benefit All Political Outsiders? 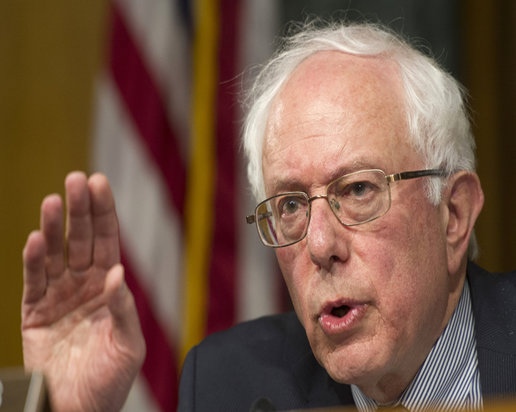 For those  “feeling the Bern,” this is not the moment to throw another log on the fire, curl up on your couch, and immerse yourself in books about the most popular brand to emerge from Vermont since Ben & Jerry’s.  In Iowa or New Hampshire, Democratic primary door knocking, phone banking, and voting should be a far higher priority.

Yet one by-product of the Sanders-Clinton contest is a bulging “Bernie bookshelf.” The titles on it include the candidate’s own political memoir updated with help from Nation correspondent John Nichols; an unauthorized biography by Washington journalist Harry Jaffe; an edited collection of Sanders’ sayings by labor activist Jonathan Tasini, and a comic book account of Bernie’s life and work by syndicated cartoonist Ted Rall.

Rounding out this publishing boom-let are two less-Bernie centric books. They address, in different ways, the merits of campaigning within the Democratic Party versus trying to build a progressive third party movement outside of it. Regardless of how Bernie fares this year on the mainstream terrain he has chosen, both his fans and critics will still be grappling, after November, with problems explored in Tom Gallagher’s The Primary Route (Coast to Coast Publications) and Jonathan Martin’s Empowering Progressive Third Parties in the United States: Defeating Duopoly, Advancing Democracy (Routledge).

For those pre-occupied with the short-term challenge of advancing democracy by defeating Clinton, the most inspirational reading is likely to be Bernie’s own lively autobiography.  In 1997, Sanders collaborated with his longtime staffer Huck Gutman on Outsider in The House, which chronicled his first few years as a lonely progressive independent in Congress.  Verso’s updated edition of the same book—optimistically retitled Outsider in the White House—reports on Bernie’s  move to the Senate eight years ago and rationale for seeking the White House now.

In an Afterword, drawing on Nation interviews with the candidate, John Nichols wonders whether it’s just “a romantic notion” for Sanders to frame his presidential campaign as a  “political revolution.” The candidate sets him straight: “What I am referring to is the need to do more than just win the next election. It’s about creating a situation where we are involving millions of people in the process who are not now involved…It’s about helping to educate people, organize people. If we can do that, we can change the dynamic of politics for years and years to come.”

With current voter education in mind, journalist Jonathan Tasini, former president of the National Writers Union, has compiled a well-organized and carefully annotated collection of Bernie’s public statements. The Essential Bernie Sanders and His Vision for America (Chelsea Green Press) includes excerpts from articles, press releases, floor speeches, and media interviews, interspersed with Tasini’s own “Bernie Facts.” The quoted material covers war and peace, education and the economy, Wall Street and workers, foreign trade and the environment, immigration and agriculture, civil rights, personal liberty, and the failings of our mainstream media.

Anyone canvassing for Sanders, faced with voter questions about his record, can find most answers here. Unfortunately, Tasini’s index has one untimely omission:  “socialism.” Now more than ever, that’s a word that Sanders fans may be asked to explain in the field. As The New York Times reported last week, “alarmed Clinton supporters”—including Democratic governors, party officials, paid consultants, and members of Congress—plan to highlight Bernie’s “socialist beliefs to warn that he would be an electoral disaster who would frighten swing voters and send Democrats in tight races to certain defeat.”

Harry Jaffe’s Why Bernie Sanders Matters doesn’t buy that line—because his sales will be much bigger if Bernie tops the ticket in November. But Jaffe’s hastily constructed work reflects mainstream media framing of Sanders’ story in other ways. According to Regan Arts, his publisher, Jaffe offers unique insights into Bernie’s personal history as a “Radical. Hippy. Revolutionary. Red Mayor. Pragmatist. Socialist.”  That list of labels lost me at ‘hippy.” Bernie Fact: whatever his other sins of omission or commission, real or imagined, now or in the past, our would-be-president was never a card carrying member of Vermont’s counter-culture in the 1960s—and that is too his credit.

Ted Rall’s comic book, Bernie, from Seven Stories Press, mixes the personal and the political in more deft, insightful, and entertaining fashion. Using his drawings and the candidate’s own words, Rall depicts Sander’s working class roots and early political influences in Brooklyn, his involvement in Sixties’ political radicalism as a university student in Chicago, his Liberty Union Party years in Vermont, and then his unexpected success as mayor of Burlington, the state’s largest city, between 1981 and 1989. Rall praises Sanders’ “startling steadiness” over a 45-year career in public life. But he doesn’t ignore the criticism of Bernie’s attempt to deal with the Palestinian-Israeli conflict “with more nuance and less passion than he brings to other issues.”

To put Sanders current surge in context, Rall takes readers for “a walk down Democratic memory lane”—back to the George McGovern campaign of 1972 and the “centrist counter-revolution” within the Democratic Party that followed it. He describes how poor and working class people fared under the corporate-friendly policies of the Carter, Clinton, and Obama Administrations. He believes Occupy Wall Street and the 2007-8 market meltdown that preceded it helped create a mass audience for the “progressive economic populism” that Sanders promotes today.

In his book, The Primary Route, Tom Gallagher looks further back than Rall. He assesses more than a century worth of political insurgencies inside and outside the Democratic Party by its own dissidents, socialist rivals, labor-backed progressives, or Greens. A former Democratic state legislator in Massachusetts and now a Progressive Democrat in San Francisco , Gallagher has written a useful historical guide to the strengths and weaknesses of earlier efforts like the early 20th century presidential campaigns Eugene Debs and the Socialist Party; the Robert LaFollette and Henry Wallace campaigns of 1924 and 1948 respectively;  Democratic primary challenges by Gene McCarthy, Jesse Jackson, and Dennis Kucinich; and Ralph Nader’s Green Party candidacy in 2000.  Gallagher believes that the 2016 primaries offered a much bigger soap-box for left-wing ideas about taxation, trade, labor rights, campaign finance reform, and global warming than Sanders would have had running, Nader-style, as an independent.

In contrast, some contributors to Jonathan Martin’s Empowering Progressive Third Parties are not “feeling the Bern” because they favor only third-party runs for the presidency. Nevertheless, all the case studies in Martin’s excellent collection are relevant to future political work by 2016 presidential campaign volunteers, whether they are working for Bernie or rallying around Jill Stein’s second Green Party candidacy.  Win or lose, inside or outside the Democratic Party, the real question is what happens after November 8? How do leftists capitalize on the energy and enthusiasm generated by national campaigns to build local political organization?

As Martin shows, independent political action has been most successful at the municipal and county level.  His statistics on that are sobering: less than 170 progressive third party representatives were serving in such elected offices in the entire country last year. Out of 7, 383 state legislative seats, only 12 are held by “individuals closely associated with these parties.” In “more than 700 campaigns for state representative or an equivalent office” over the last three decades, Green candidates have won only five times.

Both Martin and Terry Bouricious, a former Burlington, Vt. city councilor describe how Sanders’s four terms in city hall fostered a local progressive coalition that later morphed into the Vermont Progressive Party (VPP). The VPP has become, over the last 15 years, the most successful third party in the nation; Sanders’s ten straight victories, as an independent, in federal races since 1990 helped pave the way for VPP candidates (many of them his own former staffers or campaign workers) to make their own credible runs for state or local office.

While a testament to what Bouricious’ calls Bernie’s “godfather” role in Vermont politics, the VPP’s impressive track record is also a reality check on the rhetoric of “political revolution.”  As Sanders knows better than anyone, vehicles for progressive electoral politics don’t get built overnight. They also don’t become stronger and more broad-based just because someone, on the left, decides every four years to run for president–inside or outside the Democratic Party.

In fact, as Martin documents in his study of state legislative campaigns by third party candidates throughout New England, it takes “community connectedness” for leftists to win office, as opposed to just running an issue-oriented propaganda campaign. Martin finds that many would-be “duopoly”-busters lose because they “tend to be too politically inexperienced and non-pragmatic (that is ideologically driven) to be electorally competitive.” The key to success is putting down local roots, organizing around day-to-day problems, building strong volunteer canvassing operations, and doing Sanders-style small-donor fund-raising.

Other contributors to Martin’s book– like Patrick Quinlan, who recounts the post-2000 electoral gains of Greens in Maine and Ramy Khalil, who managed Kshama Sawant’s 2013 Seattle city council campaign—confirm his findings. Khalil’s charismatic candidate has managed to win twice now, as an open socialist, but one willing to take “a nonsectarian approach to voters who had not yet fully broken with the Democratic Party” and were “volunteering for Democrats in other races.”

After her re-election last November, Sawant cited the  “enormous momentum” that Sanders had helpfully generated among local young people who became more engaged in Seattle politics after being drawn to his national campaign. If “feeling the Bern’ has similar reverberations throughout the country, political “outsiders” everywhere stand to gain, whether they felt it themselves or not.

(Steve Early is a former union organizer active in Labor for Bernie. He is the author of a forthcoming book about Richmond, California called Refinery Town: Big Oil, Big Money, and the Remaking of an American City (Beacon Press, 2016) He can be reached at Lsupport@aol.com