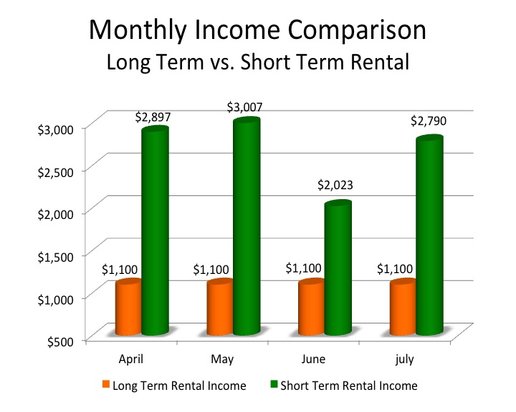 Regular readers know that I favor solving problems over talking about them. That’s why it’s frustrating to read stories about abuse of San Francisco’s short-term rental law when at least 75% of illegal rentals could be stopped with a single amendment to existing law: give nonprofit groups whose mission is housing preservation the legal standing to directly sue violators.

Tenant groups have long pushed for this provision. And San Francisco was on its way to enacting it when Mayor Lee and Supervisor Kim announced their support in October 2014. Kim secured a Board majority for adding the nonprofit standing amendment to follow-up legislation that was planned when the October version passed.

Kim’s effort was been without opposition. Supervisors Wiener and Breed sought to derail nonprofit standing by limiting it to cases where tenants had been evicted. This would effectively allow illegal short-term rentals whenever a rental unit was voluntarily vacated, which is the vast majority of the time.

But despite support by the mayor, Planning Commission and Airbnb, Wiener pushed the Board to reject nonprofit standing when it came for a vote last June.

The politics of that June vote were impacted by the ShareBetter SF initiative that had qualified for the November ballot. Supervisors that might have supported nonprofit standing decided that if they had to fight the short-term rental issue on the ballot anyway the city should stick with the version it had.

So the city’s short-term rental law remained largely unenforceable through the fall campaign. Prop F’s defeat has made the enactment of nonprofit standing even more imperative.

Lack of Board Action

Since Aaron Peskin’s election created a progressive Board majority, we’ve heard a lot of proposals to address the city’s housing crisis. But addressing the illegal short-term rental problem remains limited to press releases, with no new legislation introduced.

I understand that Dale Carlson and others behind ShareBetter SF seek a comprehensive solution to the short-term rental problem. They are concerned about the lack of registration, and the number of days short-term rentals are allowed. They also wish to expand enforcement beyond certain nonprofits to private parties (the “neighbor suing neighbor” provision of Prop F).

But there is no way the Mayor is going to sign Prop F into law after the voters rejected it.

The alternative is for the Board to quickly pass nonprofit standing while it debates action on other reforms. This would allow lawsuits against the most egregious violators of the short-term rental law, and soon bring hundreds of rental housing units back on the market.

Would this strategy cause the Supervisors to reject other necessary changes to the short-term rental law? I don’t know. I do know that time is passing and desperately needed housing units remain off the market due to illegal short-term tourist rentals.

It’s also clear that if ShareBetter SF hopes to use the city’s inaction to build support for a replay of Prop F next November, it would be foolish to include the controversial neighbor suing neighbor provision anyway. By enacting nonprofit standing now, a ballot measure could restrict itself to more popular reforms.

During the October 2014 debate on the nonprofit standing provision, Supervisor Wiener seemed unaware that a similar provision had been in the city’s Hotel Conversion Ordinance since 1990. It has been used to stop the illegal conversion of over 25 SRO hotels, a record of success that shows the importance of nonprofit standing in preserving San Francisco’s rent-controlled housing stock.

San Francisco has over two decades of precedent for using nonprofit groups to stop illegal tourist rentals.  At this point only officials opposed to enforcing the short-term rental law could reject an amendment  allowing nonprofit standing.

It’s well past time for San Francisco to stop illegal short-term rentals. There is no excuse for further inaction.

Randy Shaw is Editor of Beyond Chron. His new book on the Tenderloin describes why preventing illegal tourist conversions is a vital anti-gentrification strategy, The Tenderloin: Sex, Crime and Resistance in the Heart of San Francisco.