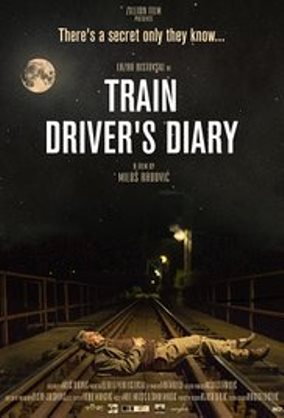 The more obvious fraud chronicled in Dean Fleischer-Camp’s film “Fraud” is the illusion of American consumerist prosperity.  Perpetrating that fraud is the Reynolds family.  This typical white nuclear family living in North Carolina can seemingly afford elaborate birthday parties and beach trips.  But shots of Payment Past Due letters and snippets of credit card companies’ warning messages tell a far different story about the Reynolds’ financial health.  A determination to maintain their spending addiction leads the Reynolds to break the law and become fugitives.

The subtler and more chilling fraud that Fleischer-Camp presents involves a twist on the found footage genre.  The program notes state that the raw material for the director’s film comes from 100 hours of innocuous YouTube home movie-like footage of garage sales and a vacation trip to Washington, D.C.  Yet Fleischer-Camp’s cutting and assemblage of this material into a coherent narrative seems to suggest the Reynolds have committed arson, insurance fraud, and other crimes.

The resulting film fails to make the Reynolds even intriguing anti-heroes.  That shortcoming pales next to two disturbing realizations.  The end of the film makes clear that the Reynolds’ consumerism addiction will never be sated.  More troubling is the realization of how the subjects of the innocent source material had their own personal moments turned into a damning video document.

The film’s traveler is aspiring if unsuccessful VR travel businessman Mud.  He’s been haunted by a nightmare ending in a co-worker committing suicide in front of him.  A possible solution comes courtesy of visiting cousin, college student Dwayne.  The philosophy student introduces Mud to the works of Alan Watts and Maya, a herbal tonic that allows him to engage in lucid dreaming.  In the dream world, Mud becomes Reed, who embarks on a cross-country journey that lets him tap into personal strengths he’d been unaware of.

Darge could be said to have created a road movie where the road trip doesn’t physically happen.  This doesn’t mean the dream events have an anything goes air.  Fantastic elements of the dream, such as Reed’s psychedelically painted car and his far more colorful clothing, are generally never allowed to dominate the film.  Instead, the focus during Reed’s trip is on such simple joys as a rooftop view of Chicago’s skyline.  Only when Reed takes a hallucinogenic drug do the film’s images turn freaky in creating a dream within a dream.

And yet, “Zen Dog”’s journey never engages even with Alan Watts lecture excerpts providing narrative commentary.  Did the lack of dramatic signposts regarding the appeal of Mud’s stick in the mud life hurt it?  Could more picaresque adventures have energized Reed’s journey?  It’s uncertain.  But at least Darge didn’t show the face of the suicidal employee belonged to Mud.

Serbian train driver Ilija Torodovic holds the train drivers’ dubious record for killing the most people in collisions.  His crusty and distant behavior keeps both the accidents’ emotional trauma and interpersonal relationships at bay.  But when orphan boy Sima worms his way into Ilija’s life, the old man fights him on everything from emotional closeness to getting trained to become a train driver.

The opening minutes of “Train Driver’s Diary” skillfully establishes its dark comic tone.  During a post-collision psychiatric evaluation, Ilija and the examining psychiatrist switch roles of traumatized man and steady counselor.  From there, the film ably turns such subjects as child neglect and micromanagement into grimly comic fodder.

Radovic’s comedy lies in its rejection of life’s hardships as traumatic aberrations to be worried about.  Such difficulties are simply comical acts of God, like a bug and windshield collision writ ridiculously large.  The film’s third act delivers a perverse twist on this premise.

Audiences seeking more conventional humor should skip this film.  But the more twisted S.F. IndieFest viewer will be entertained by Radovic’s work.

The subject of Christy Garland’s documentary “Cheer Up” is an underdog sports team.  But instead of delivering yet another helping of inspirational hard work and determination pablum, the film gives greater weight to certain team members’ small successes.

But the shortcomings that make subjects Patricia and Aino cheerleading failures pale compared to the life struggles they more successfully meet.  Patricia, for example, still mourns her mother’s death despite the passage of years.   She refuses to acknowledge her stepmother.