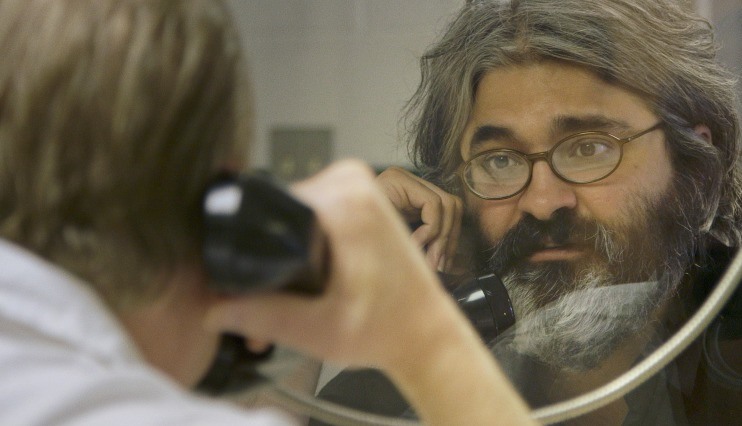 But SF IndieFest’s main agenda from February 11 to 25 will be promoting intriguing films which can’t be easily categorized.  Such Mission District venues as the venerable Roxie Theater and the new Alamo Drafthouse Cinema will act as magnets for adventurous cinephiles.

Funnier pain can be found in “Jamcon 2016: The Movie Roast’s 20th Anniversary Burn Of Space Jam.”  Hosts Sherilyn Connelly, Alexia Staniotes, and Jim Fourniadis revive The Dark Room’s “Bad Movie Night” with comic commentary about the film that paired Bugs Bunny with Michael Jordan.  This performance will kick off a new monthly program of comedic roasts of terrible Hollywood movies.

An old film which regularly gets a lot more SF IndieFest respect is the Coen Brothers cult classic “The Big Lebowski.”  The festival has held an annual Big Lebowski Party with mini-bowling and White Russians available for all.  What’s different this year is that the adventures of The Dude will be screened on the Brava Theatre screen along with a live performance of the film by The Bawdy Caste.  That group usually accompanies the Clay Theatre’s midnight screenings of “The Rocky Horror Picture Show.”

For those who want a bit more audience participation with their movie-watching experience, the Anti-Valentine’s Day Power Ballad Sing-A-Long makes a return appearance.  Join SF power rockers Live Evil in singing along to anti-romance songs from Journey, Bon Jovi, Warrant, and more.  Get ready to flick your lighters or raise your fists in the air with an auditorium full of like-minded anti-romantic souls.

Music videos are not SF IndieFest’s sole program item showcasing the intersection of music and film.  In collaboration with the folks behind the annual Noise Pop festival, SF IndieFest offers a “Music In Film” section.  The offbeat selections include a remake of Prince’s “Purple Rain” set in the Saharan Desert (“Rain The Color Of Blue With A Little Red In It,” one of the year’s best titles), how a particular music sampling gave a soul singer turned fried chicken chain owner a second shot at a musical career  (“Syl Johnson: Any Way The Wind Blows”), and a look at a post-9/11 Pakistani music show that blends eastern and western music styles to create music sparking internal reflection (“The Journey Within”).

A new film section at this year’s SF IndieFest is Fantastic And Far Out Flicks.  It features shocking and disturbing films which will run riot through viewers’ imaginations.  The disturbing offerings include: a former butcher shop worker’s utterly terrible day causes him to flip out and become a Robin Hood of beef (“Meathead Goes Hogwild”), an anthology film about a low-grade schlock horror film broadcast and the ultimate terror residing inside the studio (“Late Night Double Feature”), and a woman who searches for answers regarding her beloved’s death in a digital video game’s artificial world but winds up slowly rewriting the game (“Polder”).  A highlight of this program will be the introduction to West Coast audiences of the disturbing visions of bold new filmmaker Isaac Ezban (“The Incident” and “The Similars”).

Award-winning and equally disturbing in a different way is Lawrence Krauser’s “Wendell And The Lemon.”  This Slamdance-award winner adapts Krauser’s novel “Lemon.”  Wendell literally falls in love with a lemon that he finds on the street.  But even as Wendell happily snuggles in bed with his beloved citrus fruit, his co-workers give him uneasy looks.  And his much-loved lemon is beginning to rot.

“Slackjaw” mixes bromance with America’s fractured political landscape.  Two buddies secretly apply to become human guinea pigs at a local medical testing facility.  But the ultimate owner of the facility, the vaguely named and vaguely intentioned multinational EvCorp, may have aims that may not necessarily have either the buddies’ or even the town’s best interests at heart.

The documentary “Frame By Frame” delivers a timely portrait of four Afghan photojournalists.  The seeds of an Afghan free press were planted with the US Occupation of Afghanistan.  But with impending withdrawals of US troops and Western media resources, can news photojournalism continue to survive in a land where the Taliban once declared taking pictures illegal?

A more aggressive photojournalist can be found in Josh C. Waller’s thriller “Camino.”  Stuntwoman action star Zoe Bell plays photojournalist Avery Taggart.  She’s on assignment in Colombia to report on a militant mercenary helping the poor.  But when Taggart accidentally photographs a compromising scene, she becomes a target for death.

Of course there are more offerings that haven’t been mentioned.  Check out the SF IndieFest website to find showings of other offbeat films.

(The 18th San Francisco Independent Film Festival runs February 11 – 25, 2016 in such Mission District venues as the Alamo Drafthouse and the Roxie Theater.  For more information about tickets for particular films, go to www.sfindie.com .)