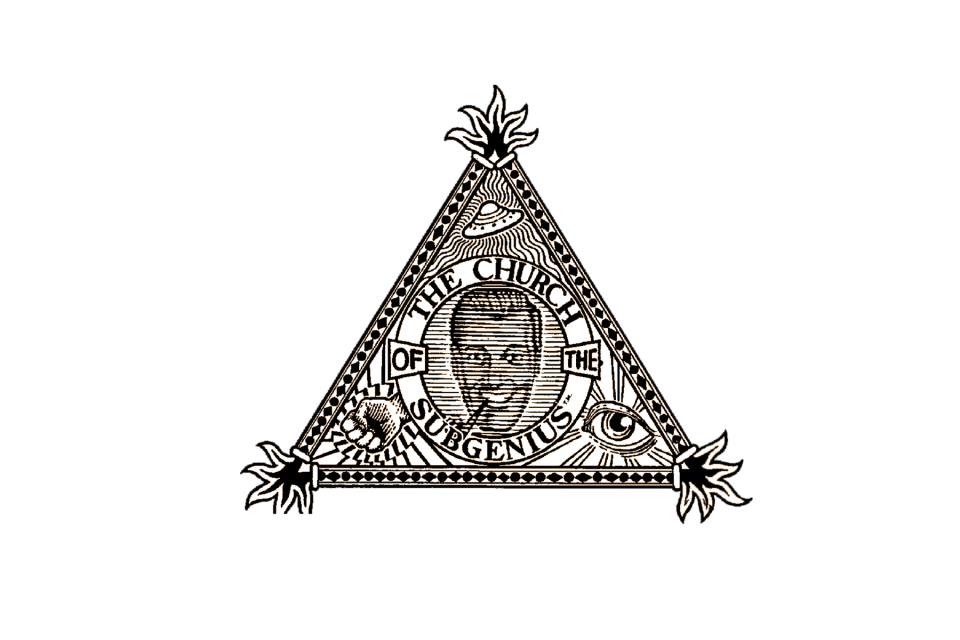 J.R. Bob Dobbs & The Church of the Subgenius

Are there Beyond Chron readers who remember The Church of the Subgenius, Second and Third Wave ska, Candida Royalle, or even the early days of MTV?  For those readers whose memories are a bit hazy, this year’s edition of the S.F. DocFest will entertainingly jog their noggins. But this year’s DocFest offers more than nostalgia trips.  This festival produced by the San Francisco Independent Film Festival folks also travels around the world and highlights present day concerns. Other films at this year’s festival feature Filipino typhoon survivors dramatizing their slow recovery from the worst storm in history, Russian journalists exposing the Russian international electronic disinformation industry, and an immersion in Florida redneck mudding culture.

S.F. DocFest, for the uninitiated, is short for the annual San Francisco Documentary Film Festival.  From May 29, 2019 through June 13, 2019, DocFest attendees can enjoy the festival’s sometimes strange true stories at the Brava and Roxie Theatres as well as the 518 Gallery.  The festival’s Bad Art Gallery makes a return appearance. For the interactively minded, there’ll be heavy metal karaoke and an ‘80s alt rock hits sing-a-long. A screening of “The Breakfast Club” offers a chance to win prizes.  Mold-breaking is basically part of the DocFest DNA.

Here are some of the films screening at this year’s festival:

Things kick off with not one but two Opening Nights.  At the Brava Theatre, Marie Losier’s “Cassandro The Exotico!” offers a portrait of one of the first openly gay lucha libre wrestlers.  Scenes of Cassandro’s ring action alternate with such mundane tasks as applying eye shadow or the luchador’s religious observances. At the Roxie Theatre, learn the story behind a great American fake religion in Sandy K. Boone’s “J.R. ‘Bob’ Dobbs And The Church Of The Subgenius.”  Two unemployed Southern pranksters turned their disgust with consumerism and conservative Southern religion into a joke belief system that eventually spawned a national cult following. KPFA-FM still runs the Church of the Subgenius-influenced show “Puzzling Evidence.”

Fighting media disinformation is the subject of three different DocFest offerings.  Hans Pool’s “Bellingcat – Truth In A Post-truth World” delivers a portrait of the controversial open source investigative collective which broke such stories as the MH17 disaster and the Syrian War.  Jakob Gottschau’s “Factory Of Lies” follows Russian journalists exposing Russian troll factories, which are dedicated to generating fake news for Russia’s information war against the US and the EU. But for old school fights against media disinformation, Matt Wolf’s “Recorder: The Marion Stokes Project” will be your ticket.  It’s the tale of a reclusive Communist radical who amassed an archive of 70,000 VHS tapes capturing and preserving news that got buried in the daily news cycle avalanche. Stokes’ archive dates from the 1979 Iran Hostage Crisis to the 2012 Sandy Hook massacre.

A different sort of preservation is documented in Amy C. Elliott’s “Salvage.”  The Canadian town of Yellowknife has one of North America’s last open landfills.  Salvagers come here to find objects they can reuse, recycle, or even restore. However, this gleaner’s paradise is threatened by the Yellowknife city administration, which wants to tame the landfill’s Wild West environment.

Another bit of outsider culture can be found in Jeffrey Wolf’s “Bill Traylor: Chasing Ghosts.”  Traylor was a former Alabama slave who eventually became homeless in his late 80s. He would produce over 1,000 drawings and paintings recording memories and moments from a life that went from plantation days to the days of the Great Migration.

Jan Haaken’s “Our Bodies Our Doctors” profiles the heroic physicians working to provide reproductive health care services in badly underserviced parts of America.  Abortion haters will dump on this film because it doesn’t portray abortion clinics as houses of horror. Instead, it shows such clinics are clean facilities which provide abortions, obstetrics, and gynecology care.  Then again, the facts didn’t stop the Georgia state legislature from enacting its insanely draconian abortion ban.

Speaking of Red State America, Andrei Bowden-Schwartz and Sam B. Jones’ “Red, White and Wasted” takes viewers to Florida to witness the state’s mudding culture.  At mudding events, onlookers chug beer and happily watch monster trucks churn up bucketfuls of mud. Or else viewers can take a trip back to 1970s Oklahoma City with directors Casey Pinkston and Luke Dick to visit The “Red Dog.”  That very rowdy strip club was where country-songwriter Dick spent his toddler years along with his teenage stripper mom. 30 years later, the newly minted songwriting father asks his mother what she was thinking back then…and she’s embarrassingly candid with her recollections.

The outrageousness meters really promise to go through the roof with Jerry Williams’ “Spider Mites Of Jesus: The Dirtwoman Documentary.”  Richmond, Virginia local legend Donnie “Dirtwoman” Corker spent a childhood living with the “spider mites of Jesus” (aka spinal meningitis).  A need for money led Corker to eventually become a John Waters-like offensive performer. Eventually, Dirtwoman would aim higher and become the self-styled Queen of Richmond.

Instead of just one person, it’s an entire family trying to recover from extreme hardship in Sean Devlin’s “When The Storm Fades.”  Super Typhoon Haiyan destroyed the Pablos’ home in Tacloban. Now the family (who play themselves) struggle to rebuild and recover. However, their recovery efforts are complicated by a Canadian tree-planting couple who suffer from White Savior Syndrome.

Mo Scarpelli’s “Anbessa” takes viewers to the outskirts of Addis Ababa, Ethiopia.  10-year-old Asalif and his mother get pushed off their farmland to make way for condominium construction.  But if this is a documentary about progress, why does an invisible hyena stalk the condominium complex streets?  And where does the lion spirit fit into this?

Also offering a trip to uncharted places is The Latitude Society, the subject of Spencer McCall’s “In Bright Axiom.”  The curious and creative members of the secretive group create transformative experiences out of the unknown. They display a willingness to accept an invitation to an anonymous address where you punch in an access code to enter and trust that what happens next will be mind-expanding.

BDSM-based relationships may seem like unknown territory to the conventionally minded.  But in Beatrice Behn & Rene Gebhardt’s “The Artist & The Pervert,” the results are instead heartwarming.   The titular couple are a famed African-American sex educator who plays slave and muse to her master, a famed Austrian composer whose parents were Nazis.

Where you have sex, you need rock and roll.  DocFest sews that niche up with lots of music programming.  Aside from the aforementioned interactive musical events, Ska Night Double Feature presents films about two waves of ska music.  Joe Massot’s “Dance Craze: The Best Of British Ska…Live” is the acclaimed but out of print look at key acts of ska’s 2 Tone era.  Taylor Morden’s “Pick It Up! Ska In The 90s” traces the rise and fall of Third Wave ska in America. For fans of louder and more dangerous music, there’s Adam Dubin’s “Murder In The Front Row: The Bay Area Thrash Metal Story.”  Finally, the DocFest Closing Night Film, Tyler Measom and Patrick Waldrop’s “I Want My MTV,” takes viewers back to the early days of one of the 1980s’ pop cultural touchstones.

Contrary to what documentaries get funded nowadays, not all documentaries need to be celebrity-focused films, true-crime, or light entertainment pieces.  DocFest’s continued existence shows what’s worthy of documentary treatment may be far stranger and more interesting than what funders may be readily willing to support.  Clear calendar space for a DocFest offering or three and see for yourself.

(Further information about the above-mentioned DocFest films and others as well as purchasing advance tickets to them can be found at https://sfindie.com/festivals/sf-docfest/ .)